During the peak of the COVID pandemic, as Hawaii’s tourism industry collapsed and its fabled beaches emptied out, Keoni Lee found an oasis in the most unlikely of places. For the first time in more than 15 years, Lee got a chance to surf the normally jammed waves off Waikiki with his two young kids.

“COVID allowed us locals to get a little bit of Hawaii back. I liked that feeling,” said Lee, one of the founders of Aina Aloha Economic Futures, a community-based initiative that’s developing alternative economic ideas beyond mass tourism.

“We know we need to reboot tourism because there’s no other way to get money flowing back into Hawaii. But the consensus is we can’t go back to where we were.”

Vacationers are flooding back to Hawaii, their numbers rebounding more rapidly than many expected. Consider these stats: This May, an average of nearly 23,000 people each day flew into the islands; one year earlier, the daily average was 820 people.

Hawaiian Airlines reservation system was overwhelmed a few weeks back as demand for flights shot up, while other airlines are rapidly adding Hawaii routes. Rental cars are in such short supply that some desperate vacationers have reportedly leased U-Haul trucks and vans.

But Hawaii, like other travel hotspots around the globe, faces a huge challenge as it tries to both rebuild a shattered economy that lost tens of thousands of jobs during the pandemic  —  and retool its main industry to tamp down the impacts of over-tourism.

In 2019, before the pandemic, a record 10.4 million people visited Hawaii.

Beaches were often packed and coastal roads gridlocked. Visitors searched out ever-more rugged hiking spots in search of Instagrammable photos. And the proliferation of short-term vacation rentals such as Airbnbs and Vrbos fueled much of Hawaii’s visitor growth in the last decade, creating a backlash in many neighborhoods.

For all the pain caused by the pandemic, the glimpse of Hawaii without crowds only intensified anti-tourism sentiment in the state, said John De Fries, the executive director of the Hawaii Tourism Authority.

In a 2020 survey by Hawaii Tourism Authority, the organization charged with marketing Hawaii, more than half of residents said the state was too dependent on tourism — a significant increase from two years earlier.

“All of us are on notice. All of us feel a sense of urgency, that the window of time is closing” for getting more effective long-term management in place, said De Fries, the first Native Hawaiian to head the organization. “Otherwise you’re going to have communities continue to resist and rebel.”

“At the same time we need to get people back to work, get schools reopened,” he cautioned. “The ability to sustain that growth projection is important, too.”

Hawaii is already moving toward setting some limits. At some of the busiest state parks, entrance fees have been raised, parking spots restricted and reservation systems put in place for non-residents. Before the pandemic, Oahu passed a crackdown on un-permitted vacation rentals in the neighborhoods. Those rules, though, have yet to be enforced.

Defying opposition by the tourism industry and other business groups, lawmakers this session approved giving each of the counties power to impose their own 3% lodging tax — and diverting the state hotel tax to the general fund. A story in Honolulu Civil Beat noted that a top lawmaker said most of the public would be fine if the higher taxes meant fewer visitors.

Other ideas have been floated with varying degrees of support. A proposal to charge every visitor a $20 “green fee” for environmental restoration work – passed one chamber of the Legislature this year before dying. De Fries believes it’s worth considering setting aside “locals-only” days at some beaches. Others want limits on the number of rental cars available.

It’s difficult to overstate the depth and suddenness of tourism’s crash in Hawaii and its lingering impact.

Visitor arrivals fell to 2.7 million last year — a 74% plunge. Some storefronts on pricey Kalakaua Avenue in Waikiki were boarded up with plywood, while hotels were mostly vacant. The unemployment rate, which exceeded 20% last spring, still hovers around 9%.

For the travel industry though, the turnaround in the past few months has been swift as more Americans get vaccinated and COVID restrictions in many places, including Hawaii, are being loosened. The University of Hawaii Economic Resource Organization has upgraded its projections, predicting the number of visitors to Hawaii will reach nearly 70% of pre-pandemic levels this summer, even with international travel curtailed.

As travel numbers rise again around the globe, local communities from Barcelona to Amsterdam to Alaska are likely to press for more curbs and restrictions.

“That attitude of I can go wherever I want, whenever I want is coming to an end,” said Jonathan Day, a sustainable tourism expert at Purdue University in Indiana.

Key West residents last fall approved a measure that would have banned large cruise ships from docking there, only to see it overturned by state lawmakers. Venice originally proposed blocking the massive floating resorts from its main canal, but has temporarily stalled that effort.

Many places were moving in that direction before the pandemic. In recent years, Peru placed stricter limits on how many people can hike to the ancient ruins of Machu Picchu. The Pacific island of Palau, a diver’s paradise, now levies a $100 on all arriving travelers that funds conservation work.

Curt Cottrell, the administrator for Hawaii State Parks, said in Hawaii, too, “The rules of engagement are changing in how we manage tourism.”

“We need to figure out how to filter mass tourism into bite-sized pieces,” he added.

The prototype of what future visitors may expect at some of the most popular spots can be seen on Kauai’s North Shore, home to the spectacular Napali Coast.

After punishing floods in 2018 wiped out homes and roads, causing tremendous environmental damage, the state worked with local community groups on a plan for tighter restrictions and a reservation system at Haena State Park and the famed Kalalau trail. Only 900 visitors are allowed in the park a day, with a $5 entrance fee for non-residents.

“We put in just 100 parking spaces,” said Cottrell, noting the state could have filled hundreds more.

Hanauma Bay, the marine preserve on Oahu famed for its snorkeling and teeming marine life, attracted an average 3,000 visitors a day before it shut down during the pandemic. After reopening in December, Honolulu has capped the number of visitors at 1,050 people each day — and the bay is now closed two days a week.

State park officials are developing a reservation system at the iconic Diamond Head crater, where the narrow, snaking crater trail drew 3,000 or more visitors every day before the pandemic. The monument is now being shut down one day a week for maintenance.

The lesson going forward, Cottrell said, is the need for less focus on marketing “versus reinvesting and maintaining what brings people to Hawaii in the first place.”

That’s key for improving the experience of visitors, as well. Hawaii has a situation now, he said, where “the views are beautiful, but the bathrooms are all busted up.”

De Fries and state officials are banking on the future use of data collected from cell phones and other technology, what’s come to be known as “smart tourism,” to help get a handle on the visitor patterns and educate tourists about environmental concerns or cultural practices.  That type of data could also allow the state to impose dynamic pricing, charging higher entry fees during popular times.

The tourism authority is working with local communities to develop individual tourism management plans for Maui, Kauai, Hawaii island and Oahu. It’s helped create a “Malama Hawaii” program where tourists can get a free night at a hotel in exchange for doing volunteer conservation work such as helping restore a fish pond.

Likewise, there are several fledgling efforts to expand cultural tourism, with a focus on local food and the arts, in a way that benefits local businesses and Native Hawaiians.

Angela Fa’anunu, who teaches tourism at the University of Hawaii-Hilo and has her own farm, helped develop an app, “Hawaii Farm Trails,” that promotes agrotourism in hopes of giving local businesses a slice of the travel dollars.

Some of the specific efforts by HTA, such as developing community action plans and supporting nonprofits and local businesses doing cultural and restoration projects are a step in the right direction, she said. And it could provide a way to target those visitors who want some meaningful way to connect with local people and Hawaiian culture.

But she’s worried that as the COVID pandemic eases, Hawaii is opening “the floodgates for tourism without progress on a real plan to control it.”

Right now, the state predicts that Hawaii will exceed the 10 million visitor mark again by 2024.

Frank Haas, a former marketing director for the Hawaii Tourism Authority, said there is little the state or anyone else can do about the number of tourists visiting Hawaii.

“You can’t simply put a number on that and say ‘no more people can come,’” he said.

Instead, he said the priority should be developing tangible plans for managing where those visitors go and when, for educating them about respecting Hawaiian culture or not damaging shorelines and reefs.

“The focus has to be more about how we manage tourism at every level than how many people are coming,” Haas said. 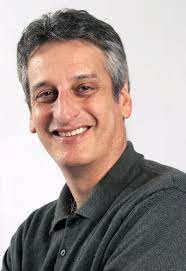 Jim Simon
Jim Simon was managing editor of the nonprofit news site Honolulu Civil Beat from 2017-20. He was previously managing editor of the Seattle Times, where he worked as an editor and reporter for more than 30 years. He currently is a part-time journalism teacher at the University of Washington.
Previous article
Me and the News: Chris Matthews’ Loud Proud Memoir
Next article
What in the Sam Hill! A Remarkable Northwest Pioneer