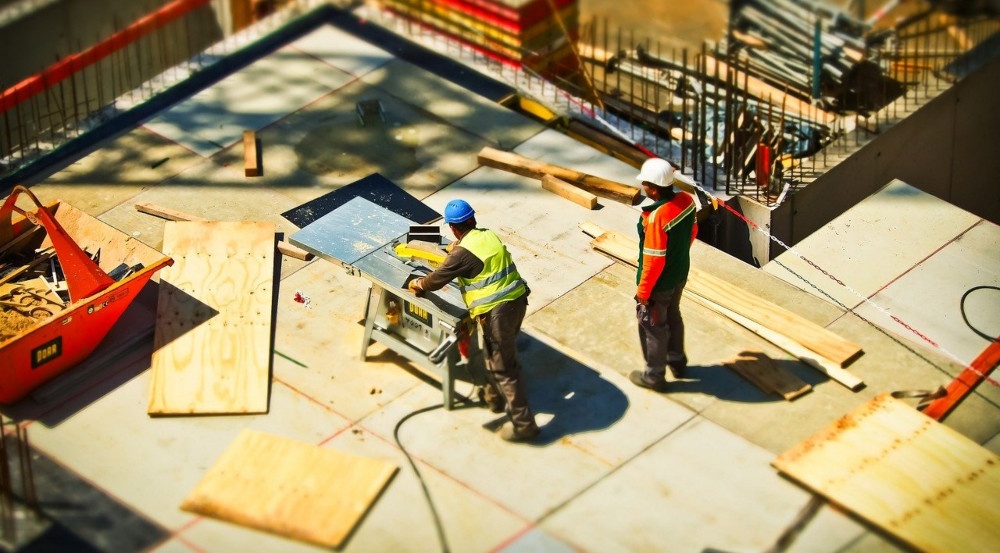 Infrastructure: How Democrats Can Reconnect with Blue-Collar Workers

The Democrats and the Republicans are struggling over Biden’s infrastructure plan as a drama about how each party can appeal to blue-collar workers. The D’s argue that this plan will promote good-paying, union jobs. The R’s can’t argue against creating better jobs, so they counter with the fear that it could bankrupt businesses and put people out of work. It’s a defensive position that lacks the more vital positive message that the D’s can make.

The R’s do fear that Biden is aiming to cleave blue-collar employees off from the Republican’s base by framing the debate as one of creating jobs versus padding the profits of corporations. His infrastructure legislation is cleverly titled the American Jobs Plan to address their primary concern, keeping and getting jobs.

Blue-collar concern with the economy is reflected in the fact that  “President Trump garnered his highest vote shares in counties that had some of the most sluggish job, population and economic growth during his term,” according to an analysis done by the Washington Post. These are areas that blue-collar jobs have been shrinking in the last decade. The regions with sinking economies have led them to be dissatisfied with a Democratic Party supposed to protect their economic interests.

As a result, blue-collar workers identifying as Democrats have declined. An NBC survey found that drop over the last decade was by 8 percentage points, while the number who call themselves Republicans has increased by 12 percentage points. That trend is not limited to white workers. From 2010 to 2020, there was an increase of 13 percent of blue-collar Hispanics identifying as Republicans and a 7 percent increase of Black blue-collar workers. The totals are still minimal, but if they represent a long-term shift to the Republican Party, the Democrats will start losing more elections.

A critical factor contributing to the loss of blue-collar jobs is the weakened condition of unions to promote pro-worker legislation. Just over half of the state legislatures have passed right-to-work laws. Unions lose membership and funding to support candidates under these restrictive laws. Meanwhile, there are fewer constraints on how businesses can raise funds and influence elections. As a result, fewer government efforts are being made to improve employee benefits, rights, and wages. Those improvements are dependent on business owners seeing a self-interest in promoting them.

Biden cannot interfere with the state legislatures, but his American Jobs Plan could help workers in businesses with federal contracts. Michael Lotito, an attorney in San Francisco, explained that if the AJP is passed, “federal government contractors will benefit from trillions in new spending” because they would get contracts to build new roads and bridges. He said, “The president will want that money to go for good union jobs. All federal contractors should expect … including neutrality agreements, no unresolved unfair labor practices outstanding and a positive position on unions in general.”

Biden and the Democrats are still engaged in negotiations with the Republicans in determining if they can agree on some type of infrastructure plan. Even if an agreement is reached, there are some progressive Democrats who may vote against the compromise if it does not provide enough assistance to workers. In other words, the Republicans could torpedo the Democrats’ appeal to the blue-collar workers by cutting some sections of the AJP. The Democrats would then be left with a plan lacking any significant job creation or security and nothing to boast about in the next round of congressional elections.

If a defanged AJP is offered and fails to pass, there will be a lot of finger-pointing. It will be difficult for either party to send out a clear message that the failure to pass a plan was the other party’s fault, particularly if members within each party are divided on the votes.

However, if Biden pushes for something close to the original plan, a Republican filibuster will sink it. Then the Republicans will be the party that stopped the train from delivering the goods. They will be accused of being incapable of governing and getting anything done. Biden can point to the dozens of meetings he has had with individual Republicans as proof that he was willing to meet and talk with them. That approach will not sway most conservative voters, but it may be enough to bring back some blue-collar voters into the Democratic fold.

Reactionary Republicans are not sitting on their hands. They are actively campaigning now against the AJP by reaching out to the voters. One group outside of the parties leading the charge in attacking Biden’s plan is The Job Creators Network. A few billionaires started it to fight federal legislation protecting employees from business owners interfering in their efforts to form a union. In 2019 they collected $3.8 million in contributions, more than twice the amount they raised in 2016. They have established a Job Loss Joe tracker “to calculate the employment opportunities that Biden has or is planning to throw under the bus.” Their website claims that “President Biden has already killed thousands of jobs with the stroke of a pen and has countless other job-killing policies in the pipeline, including the idea to more than double the federal minimum wage to $15 an hour.”

Biden’s American Jobs Plan is more than just about building bridges and roads; it’s about allowing working families an opportunity to obtain greater economic power by providing them the freedom to organize into bargaining units if they choose to do so. Regaining that opportunity without owners interfering would bring America back to when organized labor provided blue-collar workers with a higher standard of living than they have now. To pay for the creation of new jobs, Biden’s infrastructure plan needs to be funded.

The Republicans are adamant in protecting the significant tax cuts provided by President Trump to big businesses. As reporter Christopher Cadelago noted in Politico, the Biden administration will not levy new taxes on people earning less than $400,000, particularly as Republicans will not reverse Trump’s tax cuts. The AJP can provide decent-paying jobs to blue-collar workers if big businesses, which have seen their profits grow during the pandemic, are willing to shift their excess profits back to those who have worked to make those profits.

Nick Licata
Nick Licata, was a 5 term Seattle City Councilmember, named progressive municipal official of the year by The Nation, and is founding board chair of Local Progress, a national network of 1,000 progressive municipal officials. Author of Becoming a Citizen Activist. http://www.becomingacitizenactivist.org/changemakers/ Subscribe to Licata’s newsletter Urban Politics http://www.becomingacitizenactivist.org/
Previous article
Two Minds: What to do about Crime Rate Rise?
Next article
Whitewashing Tulsa: How Popular Culture went to work