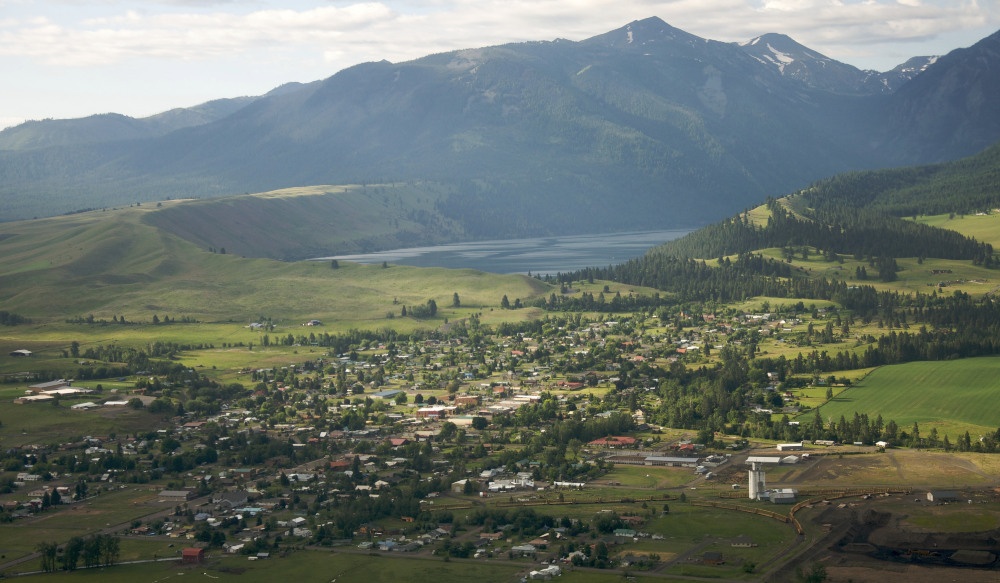 Back to the Wallowas

We arrived here in the Wallowas in Northeastern Oregon late on Saturday afternoon. The weather on the drive over (7 hours from Seattle) was alternately stormy and sunny — just the way it is this time of year in the Northwest. As we arrived the cloud cover opened up enough to reveal a substantial winter snow pack. The clouds raced over the mountain peaks as if in praise of God.

Our funky family cabin has survived another winter. We lost two smaller trees to the deer — who like to scratch themselves on the tree trunks. But new trees have been transplanted from other areas. Here spring is about six weeks behind Seattle, so daffodils are blooming now and lilacs are just starting to bud. We get to see that new green of spring twice!

We had planned to attend an event sponsored by the Wallowa Land Trust, but didn’t make it. Our friend, Rich Wandschneider, reported on it. It was moving and important. Private landowners have opened their lands to the Nez Perce and other nearby tribes to engage in gathering of traditional foods, including the Camas root, a staple of the Nez Perce diet. The event itself was a potluck in which locals landowners welcomed the members of several tribes, including the Nez Perce, back to this land. Here’s an excerpt from what Rich wrote about the event.

“We came together to celebrate a return of a score and more of Nez Perce, Umatilla, Warm Springs and Yakima root diggers, invited to Nature Conservancy and private lands to dig camas, biscuitroot, and other delicacies that their ancestors had lived on for millennia before the coming of the Europeans.

“The event was hosted by a man I’d first met as a high school student—I remember his parents well, and can see him now at the county fair in a 4-H jacket. His words were few but powerful last night. ‘We want to welcome you back’ was the gist of it. I think I caught a tear in his eye, and saw him stand respectfully while a tribal elder rang a bell and sang a song of thanks.”

Private Property” was a concept that European immigrants to America brought with them, but which was alien to American Indians. Euro-Americans kept trying to get Indians to “settle down” and farm a particular plot of land. Though some did, it was alien to their culture, at least to the Nez Perce culture. The Nez Perce moved over a wide landscape on a seasonal basis in response to the weather and climate. Euro-Americans had a hard time even comprehending this, so wedded were they to the idea of “private property.” It was easy for Euro-Americans to characterize this way of life as “uncivilized.”

But it was a way of life that adapted to the land, to the seasons, to the rhythms of nature. This bumped up against a civilization that was not about “adapting to the natural world,” but “conquering” it, subduing it to human ends.

“Private Property” was part of that latter construal of reality. But contemporary Americans have taken “private property” to an extreme. I remember walking on a path in the Wallowas a couple years ago, one I had walked many times. Someone shot out of a nearby cabin to tell me in no uncertain terms, “This is private property.” Translation: “Git!” It made me sad, this angry insistence that, “This is mine.” Wandschneider once told me that the eminent historian of the Nez Perce and of native Americans, Alvin Josephy, observed that the issue of private property was the basic conflict that troubled Indian–White relations from their beginning.

Readers may recall my delight on visiting Scotland two years ago and discovering that “private property” is not so absolute a thing there. Thanks to “The Scottish Lands Acts,” walkers and hikers in the Scottish Highlands are allowed to trek on any land, so long as they close the gates, leave no trash behind, and do no damage to the landscape. To me, this was a delightful and truly “civilized” middle ground.

Anthony B. Robinsonhttps://www.anthonybrobinson.com/
Tony is a writer, teacher, speaker and ordained minister (United Church of Christ). He served as Senior Minister of Seattle’s Plymouth Congregational Church for fourteen years. His newest book is Useful Wisdom: Letters to Young (and not so young) Ministers. He divides his time between Seattle and a cabin in Wallowa County of northeastern Oregon. If you’d like to know more or receive his regular blogs in your email, go to his site listed above to sign-up.
Previous article
British Columbia: A Sloooow Reopening (so slow you might not notice)
Next article
An Early Poll in the Seattle Mayor’s Race, with one Big Surprise