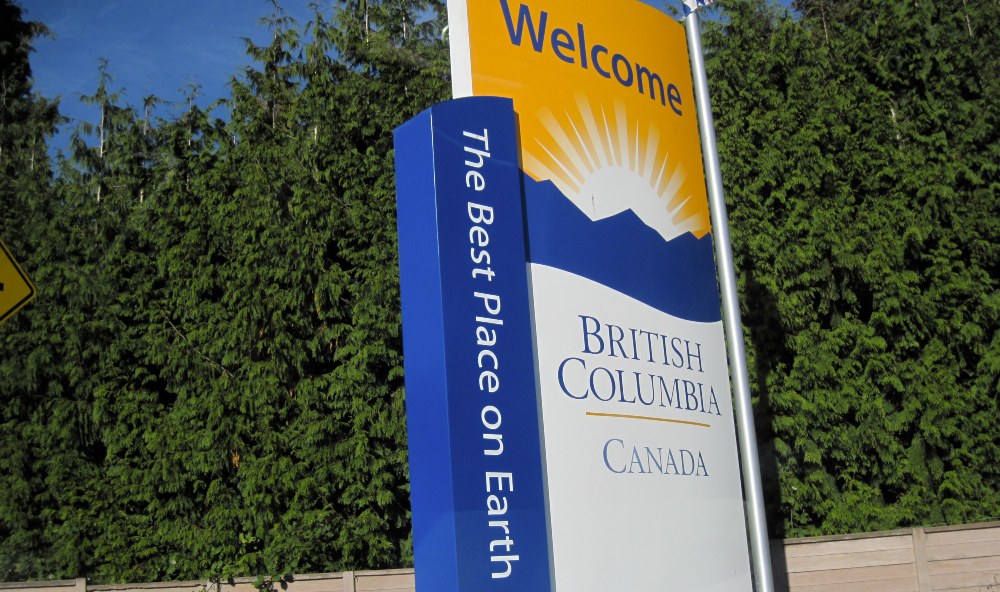 British Columbia: A Sloooow Reopening (so slow you might not notice)

British Columbia has begun a slow, four-step reopening six weeks after a surge in COVID-19 cases prompted a near-lockdown in Canada’s province on the Pacific.  So slow, however, that B.C. residents are still prohibited from non-essential travel beyond boundaries of one of three regions in which they reside. “The travel restrictions within British Columbia remain in place . . . Enforcement will remain in place,” B.C. Premier John Horgan told a briefing.  The three regions are Vancouver Island, the Lower Mainland of B.C., and Interior B.C. – beginning at Hope in the upper end of the Fraser Valley.

The pace of reopening depends on the speed with which British Columbians get vaccinated and whether, in words of B.C. provincial health officer Dr. Bonnie Henry, “this virus still has tricks up its sleeve.”  Hopefully by July, Henry predicted, “You can hug again.” She suggested a “B.C. Hug Day” to mark emergence from the pandemic.

While the province waits for travel restrictions to lift – likely in mid-June – citizens can again eat indoors at restaurants with up to six people at a table, and have a maximum of 10 people for seated indoor gatherings. “We are so close, but we need to follow orders that are in place,” said Horgan.

There is no indication when the Canada-U.S. border will reopen to recreational and non-essential travel.  The current closure lasts until June 21, But the crossing ban has been automatically renewed on the 21st of each month.  British Columbia officials expressed hope, starting in July, that visitors from other provinces will be able to come to B.C. to recreate or visit family.  Alberta and Manitoba have lately been hit by severe outbreaks of the coronavirus.

The COVID-19 spike earlier this spring saw the province experience as many as 1,000 new cases of the coronavirus each day. With a stay-put program in place, and increased vaccination, the province reported 289 new cases on Tuesday, and one new death.  The COVID-19 pandemic has claimed 1,680 lives in the province (compared to 5,754 in Washington state).

A total of 64.6 percent of adults in British Columbia have received their first dose of vaccine. “We have made tremendous strides with our vaccination program, and we are now in a position where we can move forward with a plan to slowly bring us back together,” Horgan said. Although the first step is a small step, Henry added: “Today is a good day which I have been looking forward to for a long time.” Along with B.C. Health Minister Adrian Dix, Dr. Henry has been delivering five-days-a-week briefings for more than 15 months.

By July – July 1 is Canada Day – the province hopes 70 percent of the populace will have received their first dose of vaccination. The government envisions lifting the provincial state of emergency and “returning to usual for indoor and outdoor personal gatherings.”  “We can begin hugging our neighbors . . . if they like being hugged,” said Henry.

Step 4, in September at the earliest, could bring back major sporting events. “The Canucks may be in the playoffs next year,” said Henry, speaking of the Vancouver Canucks, who have never won the National Hockey League’s Stanley Cup. (They have twice reached the finals, the last time prompting a riot on Vancouver’s Robsonstrasse on the night when the team lost.)

A lot of “ifs” and impacts remain.  British Columbia has closed its ports to cruise ships until 2022. Under legislation signed by President Biden on Monday, foreign-flag carriers will be able to sail directly to Alaska and bypass Canada’s ports, previously a legal requirement. The popular Victoria Clipper cannot cross the Strait of Juan de Fuca, although its operators are launching cruises to the San Juan Islands.

The fall schedules for the Vancouver Whitecaps soccer team and football’s B.C. Lions remain in flux. The Vancouver-Seattle-Portland soccer rivalry depends on cross-border travel.  The Lions play such foes as the Winnipeg Blue Bombers, Calgary Stampeders, and Edmonton Football Team (formerly the Edmonton Eskimos), all based in provinces still hard-hit by the pandemic. The premier of Manitoba has demanded that Joe Biden send vaccines to his beleaguered province.

British Columbia is governed by the left-leaning New Democratic Party, which has democratic socialist roots and turned out corporate-bashing politics bellowing such lines as: “The hogs are at the trough.”  On Monday, however, B.C.’s jobs and recovery minister Ravi Kahlon stated: “Business deserves all the support they can get to restore the economy.” Toward the end of a long COVID-19 pandemic briefing, Kahlon found a moment to note the first anniversary of George Floyd’s murder stressed the obligation for governments to work to end systemic racism.

Joel Connelly
I worked for Seattle Post-Intelligencer from 1973 until it ceased print publication in 2009, and SeattlePI.com from 2009 to 6/30/2020. During that time, I wrote about 9 presidential races, 11 Canadian and British Columbia elections‎, four doomed WPPSS nuclear plants, six Washington wilderness battles, creation of two national Monuments (Hanford Reach and San Juan Islands), a 104 million acre Alaska Lands Act, plus the Columbia Gorge National Scenic Area.
Previous article
San Juan County, like Seattle, Takes Aim at Reforming its Charter
Next article
Back to the Wallowas