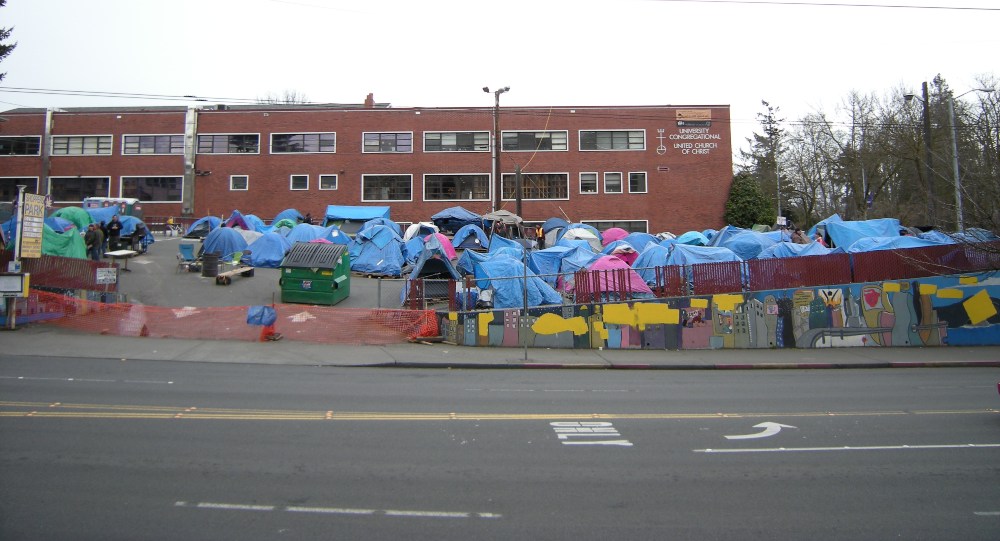 I recently joined forces with four other former Seattle City Councilmembers who, between us,  represent a total of more than 60 years at City Hall. Two weeks ago, we met and worked out wording for an op-ed opposing Charter Amendment 29 (CA 29). That’s the controversial proposal from Compassion Seattle that has heavy backing from downtown forces, contractors and developers, as well as some human service groups.

We proposed and then submitted our op-ed to the Seattle Times and it appeared in the opinion section Sunday, May 16, headlined “A Charter Amendment is not the way out of Seattle’s Homelessness Crisis.”

In our joint essay, , signed by Sue Donaldson, Margeret Pageler, and me (with help from Jane Noland and Jan Drago), we opposed the idea of adding a charter amendment to the City Charter, Seattle’s governing constitutional document. Seattle’s charter has been altered only once in recent years — changing the way we elect our nine councilmembers from at-large to seven councilmembers by district and two at large. Amendments should deal with governmental structure not the minutiae of legislation and budgeting, and they should be rare. A city charter is not flexible, so it’s hardly the place for legislation that can only be altered by a new vote of the people.

After six years, CA 29 sunsets, but until then it would be the unyielding law of the city. The amendment’s stated mission is to build 2,000 new housing units within a year, to offer “culturally competent services” to those living outside, and then clear away encampments that occupy public spaces such as parklands, sidewalks and streets.

We expressed doubt whether CA 29 would result in fewer tents. Katie Wilson at Crosscut consulted attorneys from different points of view (the ACLU’s Breanne Schuster, former City Attorney Mark Sidran, and Knoll Lowney who represents several human service groups). On the question of encampment clearing, the three said, “Nobody knows.” Then they agreed: CA 29 is “a bad idea.”

The ability to produce 2,000 new housing units within a year and with modest new funding is questionable. Further, the devil is in CA 29’s details — 1,500 words, many of them inexact, ill-defined, and open to interpretation. Words like the call for “balancing the city’s strong interest in keeping public spaces clear of encampments and the possible harm to individuals caused by closing encampments.” Who does this “balancing,” and what if the balancee (or his/her advocates) disagrees?  See you in court?

Each section sets off alarms. For example, there are provisions to waive the city land use code for housing units, waive permitting fees and regulations, refund to the projects all city-imposed costs, fees, and the city’s provision of the sales tax.” Finally, there’s the worrisome provision that, when article IX takes effect, it will “supersede all preexisting ordinances and rules in conflict herewith.” ALL?

Limited to 600 words, our op-ed focused on the most glaring problems, such as the charter provision to earmark “not less than 12 percent of city general fund budget” for homeless programs. True, that is not a lot more than the 11 percent currently budgeted, but enshrining such a specific percentage — not done elsewhere in the charter — is problematic. What about services other than homelessness, such as services for addiction, mental health, and juvenile justice?  That 12 percent provision, added to the expense of creating 2,000 new housing units, will likely slash city services and/or increase taxes.

After our op-ed appeared in the Times, there were several dozen responses, in the comments section of the Times and on social media. Most comments were favorable. Not so former councilmember Tim Burgess, CA 29’s principle backer and spokesman, who reacted by sending an inflammatory letter to supporters. The letter disparaged the councilmembers’ analysis as filled with “misinformation and outright falsehoods.”

Burgess accused the authors of implying (which we did not) “that the best solution is to arrest everyone living outdoors by enforcing existing city ordinance against camping in public spaces.” He then argued against what he took to be a call for “mass arrest” (not mentioned or implied). Burgess also took issue with our charge that CA 29 makes diversion options for misdemeanors open not just to the homeless, but to anyone.

Burgess’ letter also disparaged the councilmembers’ call for better ways to resolve the homeless crisis by ordinance, initiative and bond issue, as opposed to the unprecedented amendment route. Finally Burgess disdained the five former councilmembers for not backing CA 29’s plan. He went on to accuse the op-ed authors of “parroting attacks we have seen from former city attorney Mark Sidran.”

In the spirit of Burgess’ response then, I cry sexism! He is accusing five women — three with law degrees and distinguished legal careers — of having to rely on a man to do their analysis.

Jean Godden
Jean Godden wrote columns first for the Seattle Post-Intelligencer and late for the Seattle Times. In 2002, she quit to run for City Council where she served for 12 years. Since then she published a book of city stories titled “Citizen Jean.” She is now co-host of The Bridge aired on community station KMGP at 101.1 FM. You can email tips and comments to Jean at jgodden@blarg.net.
Previous article
Why Progressives Should be Wary of Killing The Filibuster
Next article
Bumbershoot: Down for the Count?