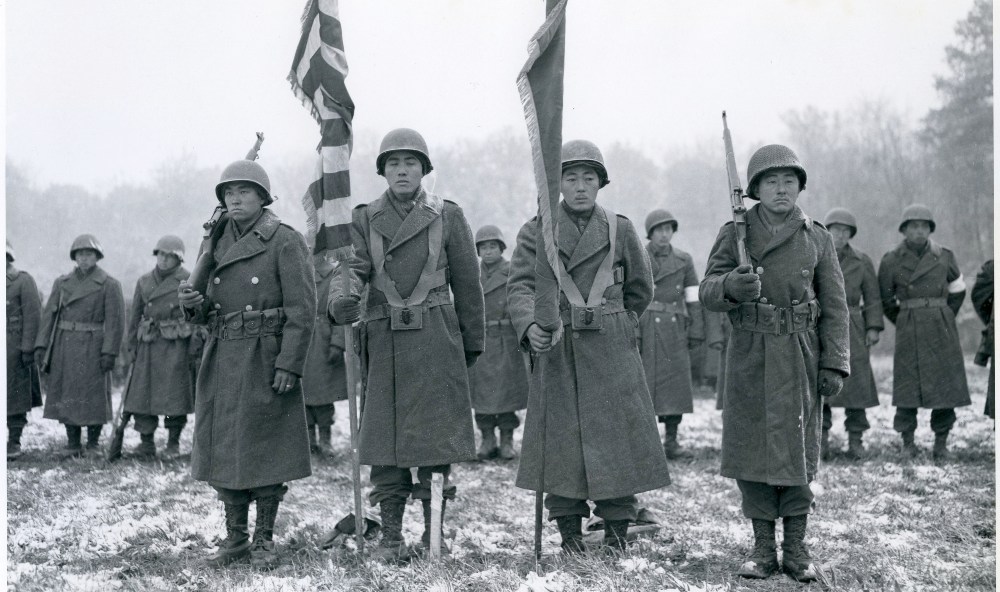 Facing the Mountain: Excerpt from the New Dan Brown Book

Editor’s Note: Daniel James Brown, the acclaimed author of “The Boys in the Boat,” has just published a new book, tracing the heroism of the Japanese-American soldiers in World War 2. Joel Connelly’s review of Brown’s book, “Facing the Mountain,” is here. What follows is an excerpt from the book recounting the relentless bravery and sacrifice of these troops.

The surviving Nisei soldiers had only just come down the mountains. Even after they’d accomplished the rescue, General Dahlquist had ordered them to remain in the Vosges and press deeper into the forest, despite their severely depleted numbers. For seven more days the survivors had fought on, limping on swollen feet, sleeping again in flooded foxholes, enduring relentless artillery barrages, and taking still more casualties in thick stands of pines now laden with snow. By the time they were finally relieved, K Company’s roughly 180 men had been reduced to 17 riflemen still alive and able to fight. I Company had been reduced from approximately the same strength to only four riflemen and a handful of machine gunners.

Now Fred Shiosaki, one of the 17, stood more or less at attention in a black frozen furrow with what was left of K Company, wearily watching as Dahlquist and a cluster of officers approached them in a jeep for the ceremony. Fred, like all the men around him, was tired in his bones and tired in his soul. His face was pinched and pale, his cheeks devoid of their usual rosiness, his eyes downcast, cold, black and blank . . .

In another snowy field nearby, black crows had assembled in their own ranks. As the officers drove up, the birds crowed raucously. A few snowflakes drifted down out of a leaden sky. Nearby, newsreel cameramen worked to set up cameras on tripods. Chaplains Yamada and Higuchi stood stomping their feet to keep warm and chatting with each other.

Finally, the ceremony got underway. A color guard paraded past the Nisei, led by the 442nd’s regimental band.  Dahlquist and Lt. Colonel Virgil Miller clambered out of their jeep and stood at attention. Miller – a 44-year-old native of Puerto Rico – had taken over command of the 442nd when (Col.) Pence was wounded. Stationed at Schofield Barracks in Hawaii before Pearl Harbor, he had been with the 442nd from the very beginning. Good-natured, jovial, generous, always watching out for the least among his men, he was widely liked and respected throughout the regiment – especially by the Buddhaheads who had known him the longest.

Now he and Dahlquist stepped forward. But instead of addressing the men, Dahlquist paused, looked out at the paltry number of men arrayed before him, and scowled.  He turned to Miller and, clearly agitated, he snarled, scolding them, loudly, in front of his men.

“Colonel, I told you to have the whole regiment out here. When I order everyone to pass in review, I mean the cooks and everybody will pass in review.”

Yamada, standing nearby, watched Miller’s face tighten, his jaw clench.  A long awkward silence ensued. Finally, Miller, standing ramrod straight, pivoted slowly, looked the general in the eye, and, his voice wavering, croaked, “General, this is the regiment. This is all I have left.”

Yamada, transfixed, studied Miller’s face. The man’s eyes had filled with tears. Dahlquist fell silent. Apparently, this was the first time he fully realized the magnitude of the price the Nisei had paid to rescue the Texans. He stuttered out a few words of congratulations, then silently made his way down the line of soldiers., pinning on the chest of each a ribbon representing a Presidential Unit Citation.

As he passed and shook their hands, the men simply stared past him, looking over his shoulder at the mountains beyond. 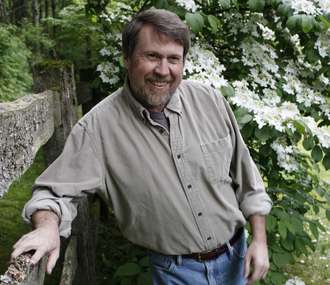 Daniel James Brown
I grew up in the San Francisco Bay Area and attended Diablo Valley College, the University of California at Berkeley, and UCLA. I taught writing at San Jose State University and Stanford before becoming a technical writer and editor. I now write narrative nonfiction books full time. My primary interest as a writer is in bringing compelling historical events to life as vividly and accurately as I can.
Previous article
Kickstarting 30X30: Look to Alaska
Next article
Ode to the Glorious Strawberry