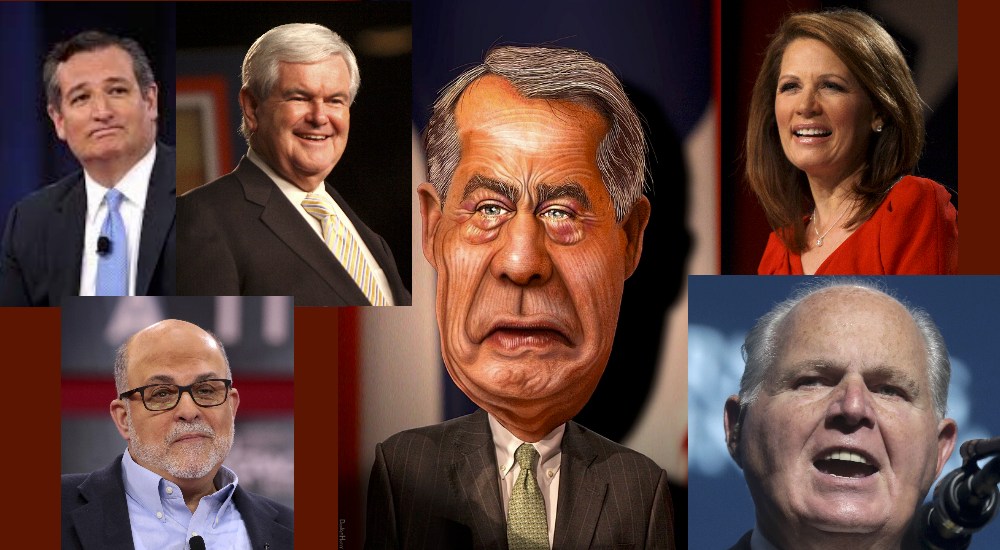 John Boehner: When I was Captain of CrazyTown

John Boehner was vilified and ultimately hounded out as Speaker of the House by right-wing “crazies” in his own party. And he was shocked and “pissed off” that Donald Trump refused to accept his election defeat and “incited a bloody insurrection” at the US Capitol.

Still, after witnessing, being victimized by (and, though he doesn’t acknowledge it, having a part in) the GOP’s hard swerve from conservatism to “actual terrorism,” Boehner says in his new book, On The House, that he’s optimistic that the country can overcome its divisions and solve its problems.

He doesn’t say exactly how. Partly it involves the Republican Party’s expelling its radical right wing and reaching out to Blacks and Hispanics, but that isn’t happening in any concerted way. But he does have a good analysis of where the country is now: “I don’t think it’s a secret that the country faces unique challenges today. You might say we’re about halfway through a double-decker shit sandwich, served up to us by an outrage-driven media and a self-interested political class.” (Boehner’s book is loaded with profanity and vulgarisms, tossed off like Members of Congress probably do in their cloakrooms.)

“They claim to be true believers and purists, like the right-wing ‘Freedom Caucus” or the left-wing ”Squad,” but they really are just political terrorists, peddling chaos and crisis so that everyone keeps paying attention to them. And they can embolden “actual terrorists,” as on Jan. 6.

Even though he takes occasional swipes at the Democratic left, his book is (to his credit) more a recounting of the growing extremism of his own party. And he’s not shy about naming names. The worst, in his mind (mistakenly), isn’t Trump. It’s Texas Sen. Ted Cruz, “a miserable son of a bitch” hated by many of his colleagues, including Senate GOP leader Mitch McConnell, and “a dangerous and reckless asshole who thinks he is smarter than everyone else.”

In 2013, Cruz convinced House Republicans that Boehner was trying to lead members toward a deal on raising the US debt ceiling to make its passage contingent on abolishing Obamacare. That led to a month-long government shutdown, a threat that government bonds would lose their AAA rating—and a humiliating retreat by Republicans and a political victory for Barrack Obama. (It does Boehner no credit that he was an active supporter of killing Obamacare, now popular with a majority of Americans and responsible for protecting millions of Americans during the COVID pandemic.)

Others on Boehner’s list of “crazies” (or worse) include former Rep. Michele Bachman (“a lunatic”), Trump White House officials Mark Meadows and Mick Mulvaney (ardent fiscal conservatives as House Members during the Obama years, who helped Trump increase the national debt by $5 trillion), and Sarah Palin (“one of the chief crazies”).

Also right-wing talk show host Mark Levin, whom he says lured Sean Hannity, Rush Limbaugh, and Fox News boss Roger Ailes into “looneyville.”  (I think they got there on their own and they’re worse than just looney—the right-wing commentariat is downright dangerous, spouting made-up conspiracy theories to keep their listeners in a permanent state of fury.) Boehner goes easy on himself and former Speaker Newt Gingrich, who launched the GOP toward extremism in the early 1990s by practicing “politics as warfare” and using hate-language—“traitor,” “corrupt,” “radical,” “Mussolini-like”—to describe opponents.

Boehner, who began his House career as a genuine reformer—battling “earmarks,” the genuinely corrupt House bank (whose loans never had to be repaid) and House Post Office (where stamps could be collected in volume and turned into pocket cash)—became an early supporter of Gingrich’s.

He did, to his credit, take on the job of telling Gingrich, after the GOP suffered election losses in 1998 after basing their campaign on impeaching Bill Clinton, that he had to step down as Speaker. But, not to his credit, he “still likes” Gingrich, though Gingrich became one of Trump’s leading defenders as he spread his “big lie” that the 2020 election was stolen from him.

The fact is that this lie lives on and represents a lasting menace to American democracy. Boehner seems not to recognize that Trump tried to overturn the result of a free election. And he might have succeeded, were it not for resistance from a few brave GOP election officials who defended the voters’ decision in key swing states. GOP state legislatures are now in the process of dethroning some of those officials and enacting restrictive voting laws in the name of “insuring election integrity.”

In Washington, eight GOP Senators and 138 House Members voted against certifying the honest 2020 Electoral College count. Only ten House Republicans voted to impeach Trump after he incited the Jan. 6 insurrection and only seven GOP Senators voted to convict him. The House GOP leader, Kevin McCarthy, told another Member that Trump declined to call off the insurrectionists when McCarthy phoned an appeal to him. Now McCarthy is defending Trump’s behavior.

It’s not clear yet whether GOP Members of Congress helped white supremacists, neo-Nazis, and Proud Boys to case the Capitol beforehand, but at least one Senator was  photographed cheering the mob on, Josh Hawley of Missouri, a likely 2024 presidential candidate should Trump not run.

Boehner won’t go near the fact that his party has become more than “crazy” or “looney.” It’s become a party largely based on whites’ grievance that their status on top of America is demographically under challenge and the GOP is still in the thrall of Trump, an agent of white supremacy. And, it’s developed an armed cadre of “patriots” eager for combat, if necessary, to prevent white “replacement.”