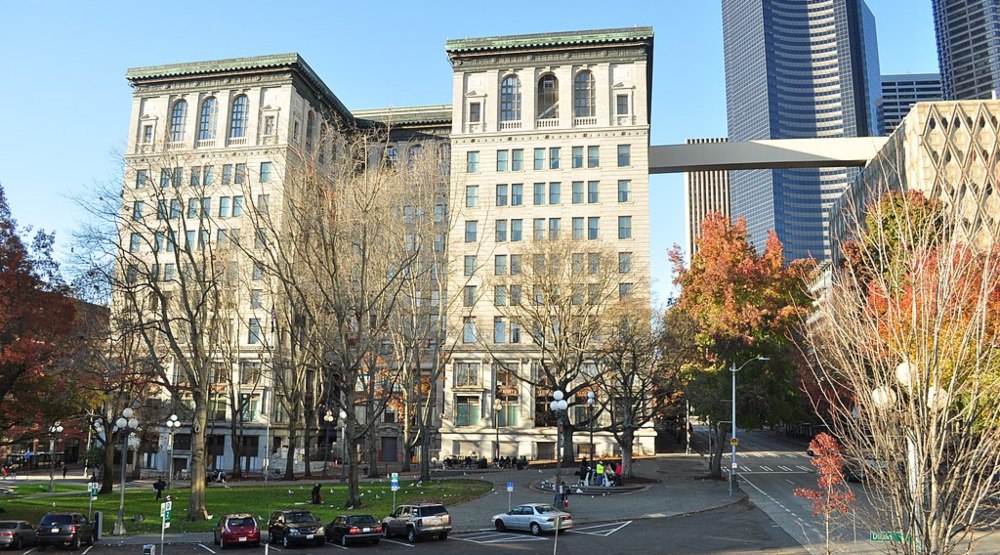 Nothing perks up a political reporter like the prospect of a rough, no-holds-barred campaign, such as the expected smackdown between King County Executive incumbent Dow Constantine (old, white guy) and state Sen. Joe Nguyen (young, Asian comer).

Constantine has held that office for so long that most people don’t think about his prior offices, but I remember him as a smooth, sharply dressed state Senator from West Seattle in his late 30s, supremely confident that he was headed for greater things. That 2001 Dow Constantine was not unlike 2021 Joe Nguyen. Even the campaign sites have kind of a similar vibe:

It wasn’t huge news when Nguyen formally announced his challenge this past week. Nguyen was serving in the Legislature and so was barred from raising money and largely unable to campaign until the Legislature adjourned last weekend. Constantine put those months to solid use, raising more than $200,000 in the first quarter and sending out an unusually early series of endorsement announcements from elected officials, labor groups, and others. His rapid response to Nguyen’s announcement was to roll out more endorsers, including former Gov. Gary Locke and Seattle City Councilmember Teresa Mosqueda, and appeal for donations.

On paper, Constantine still looks bulletproof. The only tough race of his career was the primary in his first run for executive, where he got 22 percent of the vote in a crowded field to finish ahead of other prominent Democrats including Ross Hunter, now head of the Department of Children, Youth and Families. The November contest against Republican Susan Hutchison was entertainingly loud and nasty, but Constantine won easily because the county is overwhelmingly Democratic.1

Constantine has had token opponents and huge margins of victory in the two elections since 2009. He’s a prodigious fundraiser both for himself and others, and the closest thing to a machine politician you’re likely to find in generally squeaky-clean Washington. The job of county executive pays very well, $222,140 a year, and escapes the glare of media attention or an oppositional council. Before the pandemic, his annual filing-day fundraising lunch was a can’t-miss for the Seattle-area political class.2 But the last few years haven’t been great.

In 2018 Nguyen himself showed that Constantine’s machine might not be built for the age of Democrat-on-Democrat races. The tech-savvy progressive firebrand came from basically nowhere to beat Constantine’s chosen candidate for his old Senate seat. Nguyen got 58 percent of the vote in that race, buoyed by key endorsements from the left, including from U.S. Rep. Pramila Jayapal and  The Stranger.3

A year later Constantine suffered another setback when Gov. Jay Inslee abandoned his presidential run and announced he would seek a third term as governor. Constantine’s ambition for the governor’s mansion — once described by Danny Westneat as a longing gaze — was well known. Until that announcement by Inslee, Constantine had been burning through campaign cash in what looked like an unannounced early-stage campaign for governor. By the time Inslee announced, Constantine had spent more than $340,000 on fundraising, polling, opposition research, and political and communications consultants, according to filings with the Public Disclosure Commission.4 Overall, his campaign has spent $691,000 of more than $1 million raised, which still leaves him miles ahead of Nguyen.

Constantine, now 59, has never faced a real challenge from the left. Can Nguyen, 37, pull it off? There’s no big scandal dogging Constantine or the county, which is generally considered to be pretty well-run, especially compared to the perpetually flaring dumpster fires down the street at Seattle City Hall. But Nguyen gets to run in the second year of pandemic discontent. He will be able to point to a dozen years of worsening homelessness and widening income inequality and argue that Constantine is an aging white dude who’s overstayed his welcome, part of a political class more devoted to process than progress.

Here’s a sample from a Nguyen fundraising email that landed in my inbox Tuesday: “I’m running for this seat because this pandemic has exposed what so many people in communities like mine already knew: our leaders haven’t been delivering for us for far too long. It’s time for that to change.”

Constantine, meanwhile, can run on experience, and will likely try to ignore Nguyen as long as he can while letting surrogates paint the younger pol as reaching for an office above the station of a freshman legislator halfway through his first term. His news release on Tuesday didn’t acknowledge Nguyen’s existence, as is customary for incumbents, focusing instead on endorsers with this weirdly constructed paragraph: “This support is validation for my inclusive approach as Executive: networks of trusted community voices delivering affordable health care, low-income transit fare, accessible COVID vaccines, and co-creating bold, effective investments and the deep work needed to reach the True North we have set out for King County: A place where every one of us is welcome, and where all people can thrive.”

Don’t expect all this playing nice to last. If Nguyen is going to take out an entrenched incumbent, he’s going to need to peel some bark off the man, or at least arrange for someone else to sling some mud. Likewise, it seems unlikely that Constantine will say pointed at True North, especially if he finds that Nguyen is taking a healthy bite out of his progressive flank. If Nguyen starts getting traction, his campaign would force the cosmopolitan incumbent to hustle for moderate and conservative votes in the Seattle-averse suburbs.

2. The event is infamous for its mediocre vegan food; it’s traditional to get a steak afterward.

3. Conflict of interest disclaimer: This reporter, who was then a strategic communications consultant, supported Nguyen’s opponent in that race.

4. Those expenses were actually incurred by Constantine’s reelection campaign for county executive, but more than two years before that race would appear on the ballot.

This article first appeared in the author’s web newsletter.

Paul Queary
Paul Queary, a veteran AP reporter and editor, is founder of The Washington Observer, an independent newsletter on politics, government and the influence thereof in Washington State.
Previous article
Canada loses a Legal Giant who served the Cause of Indigenous People
Next article
John Boehner: When I was Captain of CrazyTown