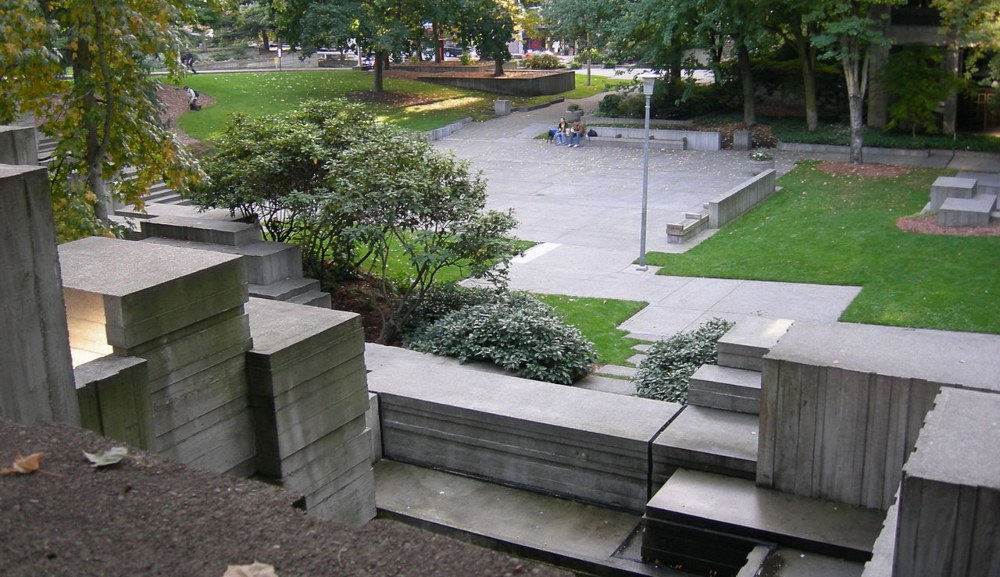 Seattle is in the midst of a long political civil war, with the main skirmish focused on what to do about the many homeless encampments dotting our parks and sidewalks (and made worse during the pandemic). One well-armed, left-leaning faction is made up of humanitarians who oppose clearance of these encampments, and this army commands the redoubt of city hall and much of local media. These are the Doves. The other side, mostly businesses and homeowners and the remnants of center-left, middle-class Seattle, has mostly been losing these political battles. Now they have found a new way to launch a counter-offensive. Call them the Hawks.

During the last month or so the Hawks have shifted tactics. They have pretty much given up on electing a reform council or mayor, as the 2019 elections and the dithering of Mayor Durkan has made clear. Instead, this shadow government, led by former councilman Tim Burgess, has produced a coalition called Compassion Seattle. Its key members are Downtown Seattle Association, the Chamber of Commerce, the Parks Foundation, Public Defenders Association, retailers and developers. This effort is embodied in an amendment to the city charter, CA 29, that is broad-based enough to purport to end the war and box in the city council. It may work, and it could well pass. Or it could backfire or just prolong the debate and shift the showdown to the courts.

Legislating by charter amendment is highly unusual, since charters are supposed to be about governmental structure, not detailed legislation. The weapon is unusual, but the compromise proposal is standard-issue Seattle politics. Quietly put together a majority coalition by promising benefits to each group, hold it together, announce it when you have an impressive list of backers, line up public affairs consultants and PR firms, and get the public to vote it in. It’s the sort of coalition and plan that the mayor or the council ought to assemble, but haven’t.

Forging the coalition was also true to Seattle’s traditions, using a semi-secretive “smokeless room” to put together the coalition, well outside the public’s and the media’s eye. First came some polling, which indicated how impatient the public is for progress and a plan. Next, it was decided not to go the usual route with a citizen’s initiative, since the city council could modify it after two years, and initiatives cannot dictate budgets. The key to this shotgun marriage? On the one side the business and neighborhood and park interests in curtailing encampments, the Hawks; and on the other side the homeless service providers who were enticed by stiffening the humanitarian guidelines and locking in the additional $18 million per year for temporary and permanent housing and services, the Doves. It’s an impressive piece of political carpentry.

The first draft of the charter amendment was bumped back to the drafters by the City Clerk, who found drafting errors. That was a fortunate detour, for it allowed the advocates a chance to revise CA 29, and thus fend off growing defections.

One line of criticism, vehemently pushed by former Seattle City Attorney Mark Sidran, argued that locking in the charter amendment and the 12% of budget requirement of social services and housing was bad governance policy, since things can change (such as a flood of federal money) but only a vote of the people, enacting a new charter change, could modify charter language. Sidran also worries that the precedent of locking in money for a cause might prompt other greedy agencies to do the same, creating budgetary chaos and subverting the responsibility of elected officials. To answer these concerns, the CA 29 advocates added a revision: a six-year sunset clause. (Another oddity that, to change the charter but only for a few years.)

Meanwhile forces on the left put a lot of pressure on the providers of services and housing for daring to play footsie with business interests. Some providers expressed second thoughts, and so the CA 29 advocates put in more go-slow stipulations about when encampments can be cleared and adding a few more high-minded requirements for such actions. These could turn into legal excuses for inaction — a familiar tune.

The adjustments held the coalition together, so now comes the need to get the 33,060 valid voter signatures to put it on the November ballot. (The advocates won’t lack for business contributions needed to hire professional signature gatherers.) Polling so far indicates that the measure would get a lot of voter support. It might also upstage the November elections.

If CA29 passes, will it work, and will it change the long war? The language needed to hold the disparate coalition together is necessarily vague, as witness this key paragraph (Section 2.3) about clearing encampments, with key words highlighted by me in CAPS:

“It is the City’s policy to make available emergency and permanent housing to those living unsheltered SO THAT the City may take actions to ensure that parks, playgrounds, sports fields, public spaces and sidewalks and streets (“public spaces”) remain open and clear of unauthorized encampments. The City shall develop policies and procedures to address those individuals who remain in public spaces, BALANCING the City’s strong interest in keeping public spaces clear of encampments and the possible harm to individuals caused by closing encampments. The housing and services provided shall acknowledge and be tailored to individual needs and cultural differences and be appropriately person-centered. The City shall prioritize matching willing individuals to housing based on their specific needs and situation and, as appropriate, to accommodate disabling conditions and family type in housing. The City, or its designee, shall appropriately utilize pathways to permanent housing and prioritize individuals or family needs in order to limit emergency housing stays to no longer than necessary. While there is NO RIGHT TO CAMP in any particular public space, it is City policy to avoid, as much as possible, dispersing people, except to safe and secure housing, UNLESS REMAINING IN PLACE POSES PARTICULAR PROBLEMS RELATED TO PUBLIC HEALTH OR SAFETY OR INTERFERES WITH THE USE OF THE PUBLIC SPACES BY OTHERS.  In those circumstances where the City does not close an encampment, THE CITY MAY STILL REQUIRE INDIVIDUALS TO SHIFT THEIR BELONGINGS AND ANY STRUCTURES to ensure safety, accessibility and to accommodate use of public spaces.”

Sidran and other critics note that this language actually creates more obstacles to clearing encampments, noting the “So that” requirement for housing first, and the “balancing” requirement that could easily be used as an excuse for stalemate or grounds for suing a mayor who has not balanced well enough “possible harm to individuals caused by closing encampments.” Another worry is that the stalemate continues, since the language is vague, and the battleground simply shifts to the courts for interpretation. I worry that the language is so ambiguous and weaselly that nothing really needs to change.

There are two additional lines of criticism. One is that CA29 basically hands the hard decisions to the same city council and Mayor Next, who have shown their inability to make such decisions for years. For instance, the city has long had the legal grounds to move out encampments (not to criminalize them), but has lacked the resolve to move people on. Won’t the politicians continue to duck and weave and resist? (The usual dodge is to say that parks need to be cleared but only after hundreds of millions of new dollars is found for housing.) The second criticism is to note that there is a whole trainload of federal money coming down the tracks to Seattle, for better mental-health services and building housing. So what’s the need for locking in the new money, shifting it from other budget claimants?

That said, a case can also be made that the passage of CA29 would create a new peace treaty — fewer encampments, more humane clearance policies, and at least $18 million more money for expedited housing. It may be that Seattle voters are ready to “leave Afghanistan,” and that the voters and the mobilized beneficiaries of CA29 will pressure the council and the new mayor to grab this peace treaty, warts and all.

David Brewster
David Brewster, a founding member of Post Alley, has a long career in publishing, having founded Seattle Weekly, Sasquatch Books, and Crosscut.com. His civic ventures have been Town Hall Seattle and FolioSeattle.
Previous article
A Day in Governor Inslee’s Schedule
Next article
Legal Maneuvering around the Sawant Recall