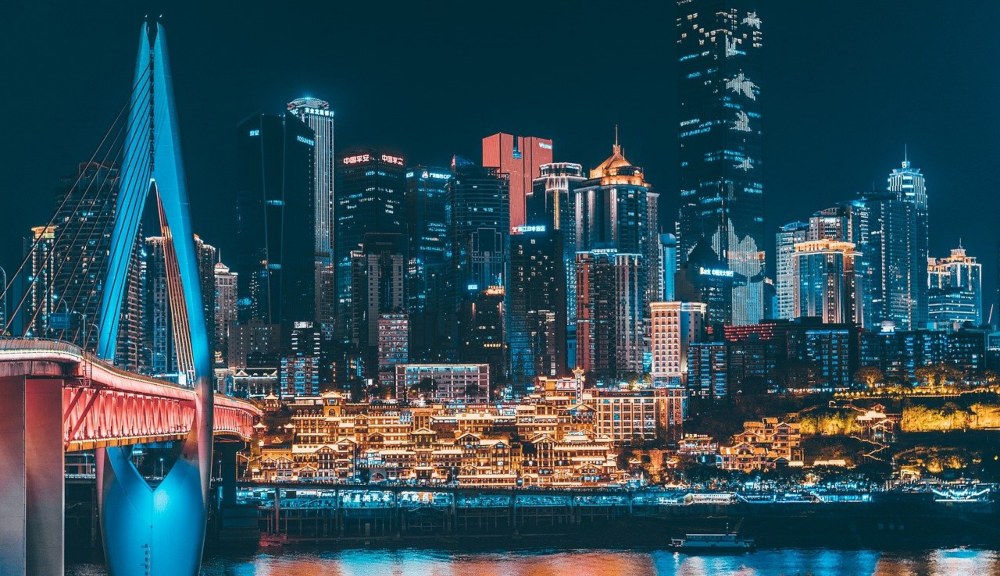 How to sell Infrastructure to Republicans: We need to Beat China

I personally experienced the technological superiority of China over the US in 2008, as I recount below. I used to laugh about it, but with Republicans opposing President Biden’s $2.3 trillion infrastructure proposal, it’s not funny anymore.

It was long on my bucket list to see Mt. Everest with my own eyes, so in 2008 my wife and I went to Tibet—ruthlessly dominated by China since 1959—on a National Geographic expedition led by Peter Hillary, son of the first European to summit the world’s highest peak and himself a multiple summiteer.

To get to the Everest base camp (elevation 17,000 feet—as high as we were going to go) is an ordeal. After a week of progressive elevation acclimation, we spent a night in the foulest motel I’ve ever visited (we slept in our clothes), then awakened at 2 am and got cleared at a Chinese checkpoint at 3 am—under the most star-filled sky I’ve ever seen. Then we drove through the most barren terrain on earth, kicking up black clouds of dirt as we went.

Midway, my ordinary American cell phone rang. It was my TV colleague, Fred Barnes, calling from Washington, DC, nearly 8,000 miles away. The call came through as clearly as though he was next door. There were no cell towers to be seen anywhere, so it had to be a satellite connection.  I marveled at China’s technology, but for years I joked that, by comparison, you lost cell coverage near the Lincoln Memorial in DC—and you still do on parts of Bainbridge Island, where I live now.

Now it’s not a joke. Technological competition is a key part of a rivalry between China and the US that will determine which nation—and which political system, democratic or authoritarian—dominates the 21st Century.

Biden’s infrastructure program, physical and human, is designed to create good-paying jobs; rebuild roads, bridges, schools, and waterways; address climate change; improve education; and make it easier for women to work. And importantly also to increase America’s  competitiveness, particularly (said Biden adviser Anita Dunn,) vis a vis China. According to a White House Fact sheet on the plan, “In order to win the 21st century economy, President Biden believes America must get back to investing in the researchers, laboratories, and universities across our nation.”

In terms of spending on scientific research and development, the US led China $553 billion to $463 billion in 2018, but China’s investment has been growing at more than 15 percent a year, while the US has increased by less than 5 percent annually, meaning that by this year, China likely is ahead.

Tech leadership has implications across the board—in productivity, communications, national security, health care, transportation, economic growth, and the environment. As The Wall Street Journal summed up the state of tech competition, the US has traditionally dominated, “but China’s growing economy—now the world’s second largest—and huge government investments in technologies are eating away at that edge like never before.”

The Journal found that China already has a lead in 5G communications, which the US (under both Trump and Biden) has tried to close by restricting international use of China’s now-dominant Huawei technology. In development of artificial intelligence technology, the Journal reported “the edge goes to the US, but it’s close,” with China producing more AI research papers than the  US.

In quantum technology, based on sub-atomic particles rather than ones and zeroes, as current computers do, and promising vastly faster and more sophisticated uses, “the scorecard is split: The U.S. leads in quantum computing, and China leads in quantum communications and encryption. The future is hard to forecast because advances that will shape the field are likely still decades off,” the Journal said.

In production of semi-conductor chips—the key to faster computers and cellphones and more sophisticated military technology the US is ahead, the Journal said. But experts say that China is spending billions on research and eventually will catch up. In driverless car technology, the US is ahead “for now,” but with a huge population from which to gather data and given its lead in 5G, China could catch up.

A DeLoitte report noted that only 60 percent of China’s population has internet coverage vs 89 percent in the US, but that is 800 million Chinese, of which 583 million pay bills with their phones.

Polls indicate that the public, including Republicans, overwhelmingly supports almost all elements of the Biden infrastructure plan, but support drops considerably among Republicans and Independents when it’s identified as Biden’s. If Congressional Republicans unanimously opposed his plan to fight the COVID pandemic and its economic hardships, it’s likely they will oppose the infrastructure plan, too. That’s even though Biden says he’s willing to negotiate compromises.

So how to sell it? Jobs, climate change and child care obviously will appeal to Democrats. But to win Republicans and Independents, Biden should play the China card. According to a Pew Research Center poll, 81 percent of Republicans, 59 percent of Independents, and 56 percent of Democrats see economic competition with China as a “critical threat.”

My unsolicited advice: When Biden and his aides talk to Republicans and Democratic waverers about infrastructure, they ought to ask them, “So, you want China to dominate the world your children and grandchildren live in?”