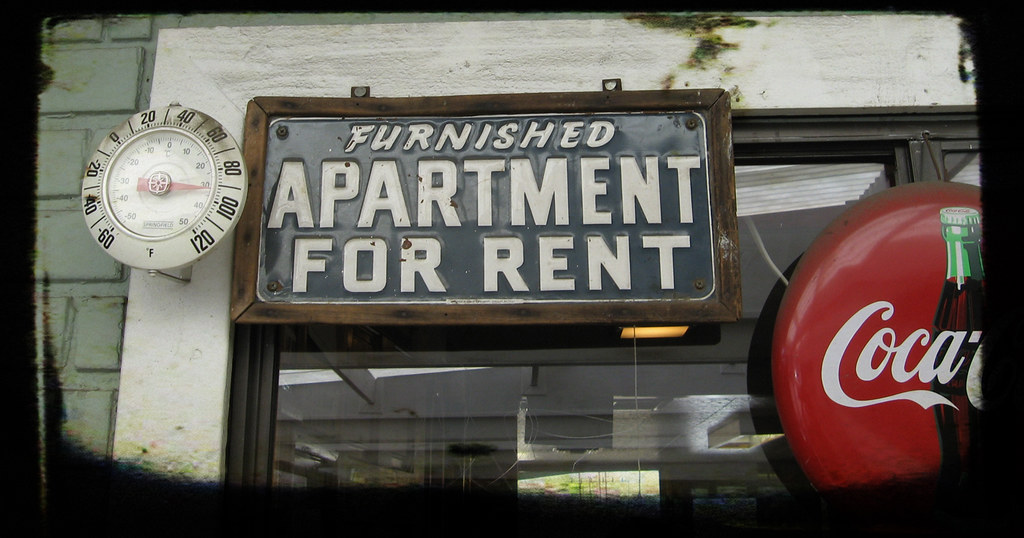 Research from a prominent economic consulting firm. Numbers from a well-respected pollster. A slick website. Surgically targeted ads in local news sources urging readers to ask their legislator to vote no. These were all part of a well-orchestrated campaign that helped kill a proposal to limit rent increases after the current moratorium on evicting renters is lifted.

Friday is the second policy cutoff of the year in the Washington Legislature, the deadline by which most bills that have passed the House have to pass out of committees in the Senate and vice versa. So let’s look at something that died at the first cutoff in February, the victim of a calculated and carefully executed campaign.

The campaign came from a group called Partnership For Affordable Housing, which sounds like it’s devoted to providing housing to low-income people, but is actually a coalition of landlords, property developers, and realtors who are vehemently opposed to a broader idea — rent control. Here’s what the campaign looked like if you were looking at The Columbian, Vancouver’s daily paper, on Feb. 10.

Rent control — limiting rent increases or banning them altogether — is a controversial policy that has long been illegal in Washington and most other states. Only Oregon has statewide rent control, a limit on rent increases adopted in 2019. The policy is in place in a handful of cities around the country, most prominently New York, San Francisco, and Los Angeles, where significant chunks of the rental housing market have been subject to rent control for decades.

Advocates argued that SB5139 was a reasonable limit to help renters get back on their feet as the pandemic wanes. Renters in Washington owe a gazillion dollars in back rent right now. Low-income housing groups wanted to allow more federal and state rental assistance money to flow to renters and landlords while averting a wave of steep rent hikes by landlords looking to drive out lower-income tenants in favor of higher-wage workers less impacted by the pandemic.

For opponents, the bill represented the thin end of the wedge of “real” rent control, something that could usher in decades of stagnant rents, tenants who never leave, depressed property values, and a system that would scare away investors in new housing projects. They argue instead for policies aimed at increasing the overall housing supply.

The politics of rental housing are always tricky, more so because of the pandemic. Residential landlords are in the business of selling shelter, which is one of those crucial things in the foundation of Maslow’s Hierarchy of Needs. And like most folks who sell stuff, they’d like to make as much money as reasonably possible. But the market for rental property can be brutal if a surge of high-income renters is competing with longstanding low-income tenants for scarce apartments. Hence the appeal of rent control — it’s a way to keep lower-income people in their apartments even if the market is dominated by an influx of wealth.

But “real” rent control has two major problems, from a political perspective. Virtually all conservatives view it as an unconscionable government interference into private property rights, which gets them to a hard no. And most mainstream economists think it’s kinda dumb, eventually diminishing both the quantity and the quality of housing. Its history is rife with affluent people living for years in rent-controlled apartments. Most experts will tell you there are lots of better ways to create affordable housing.

But if short-term displacement is the problem you’re trying to fix, long-term plans to improve housing supply don’t really help. You’re trying to keep Aunt Joan and her collection of Griffey-era Mariners merch in the affordable place she’s lived in since Junior was patrolling center field; a booming rental market wants to reallocate her pad to some SoCal arriviste who will wear a Mike Trout jersey to the ballpark. So it’s an idea that hangs around.

The Partnership for Affordable Housing, led by the Washington Rental Association clearly anticipated rent control advocates would try to seize the moment this year. They started gearing up for a fight months ago, raising more than $230,000 for the campaign from allies including Seattle-based developer Vulcan and the Washington Association of Realtors.

The battlefield turned out to be the Senate Housing and Local Government Committee, in which Democrats hold a narrow 5-4 majority. Republican votes for the bill were highly unlikely, so turning one Democrat against it would kill it.

Almost nobody involved in this story would talk to us on the record about it, but we have sources, and thanks to those transparency-minded voters in the Wayback, we have the “grassroots lobbying” disclosures the campaign was required to file with the Public Disclosure Commission, along with the legislative history of the bill. So we can reconstruct events.

The partnership did a series of things to make its argument. It commissioned an economic study from Econorthwest, a respected consulting firm you hire when you’re pretty sure the mainstream economics are on your side. You can read their report here. Not too surprisingly, it predicts that rent control would slash housing supply in Washington, among other negative consequences.

The campaign also commissioned a poll from DHM Research in Portland, a likewise respected public opinion research firm. The poll found that 62 percent of respondents preferred that rents be set by agreements between landlords and tenants, rather than by the government. It also found support for other ways to create affordable housing.

We don’t know much else about the poll because the campaign didn’t release the whole thing. That’s not unusual, because much of the rest of the poll was likely devoted to message-testing, or figuring out which arguments, for or against, were most potent. Also, it’s likely there were some nuances of the poll results that weren’t so great for the campaign.

Finally, the campaign did some targeted advertising using that poll-tested messaging. Grassroots lobbying disclosures don’t have to be very detailed, so we don’t know how much, or where or when it ran, except for that piece that ran in The Columbian on Feb. 10.

Exactly who killed the bill is difficult to unravel. Lawmakers tend to maintain a Mafia-like silence about what goes on in the closed-door caucuses where these things get decided. But we know there are really only two candidates.

After a contentious public hearing on Jan. 21, the bill was scheduled for a committee vote at four separate meetings from Jan. 28 to Feb. 11. But no vote ever happened. That means there were extensive attempts to persuade dubious lawmakers to vote yes, attempts that ultimately failed.

Of the five Democrats on the committee, two, Das and Sen. Liz Lovelett of Anacortes, were sponsors of the bill. If the committee’s chair, Sen. Patty Kuderer of Bellevue, had been opposed, no vote would ever have been scheduled. That leaves Sen. Jesse Salomon of Shoreline and Sen. Annette Cleveland of Vancouver. Both declined our requests for interviews.

The ad that ran in the Columbian had a “take action” button on it, which most likely would have invited the reader to send Cleveland a form letter urging her to vote no. (The “take action “ button on the site is currently disabled, because mission accomplished.) Flooding lawmakers’ inboxes with such mail is a proven tactic in these campaigns.

We don’t know whether that worked. Or whether Cleveland just thinks rent control is dumb and the bill deserved to die. Her district is home to Holland Partner Group, one of the larger developers of apartment buildings around. Founder Clyde Holland is both a vehement opponent of rent control and a huge Republican political donor. So maybe watching out for a hometown employer? Or watching her political back?

But we do know that Cleveland had prepared a poison-pill amendment to the bill: A requirement that the temporary rent control would only apply to a tenant who was “materially impacted by COVID-19 and has entered into a repayment plan.” Administering such a means-testing requirement would have required a massive bureaucracy that doesn’t exist. What does “materially impacted” mean? What qualifies as a repayment plan? Who resolves disputes? You get the idea.

Here’s how that tactic would have gone down. If the committee had taken up the bill, Cleveland and the four Republicans would have voted for it, rendering the underlying bill unworkable, at which point its supporters would have voted against moving it out of committee. So nobody voted on anything and the clock ran out.

And that, dear readers, is how a bill dies.

Paul Queary
Paul Queary, a veteran AP reporter and editor, is founder of The Washington Observer, an independent newsletter on politics, government and the influence thereof in Washington State.
Previous article
Will we Miss the Pandemic when it’s Gone?
Next article
Not Yours