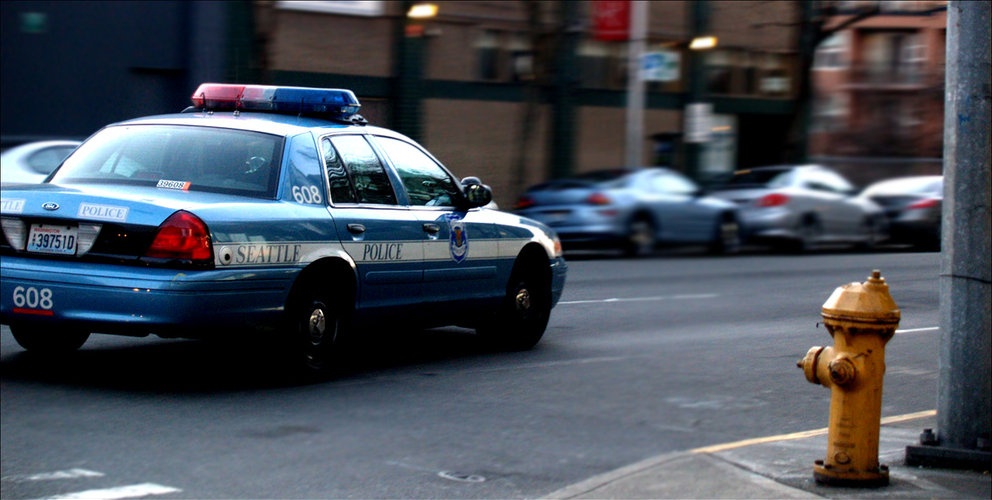 Yesterday, Seattle Councilmember Lisa Herbold’s Public Safety and Human Services Committee once again took up a proposed $5.4 million cut to the Seattle Police Department budget. But after SPD’s blunt assessment two weeks ago of what the budget cuts have done to department operations, Herbold and her committee adopted an alternative version of the bill that would allow SPD to keep most of the money to mitigate aspects of budget cuts and attrition.

Herbold’s proposed substitute bill incorporates SPD’s wish list from two weeks ago, directing the money to specific purposes that Chief Adrian Diaz had requested. But it also notes that the current tally of salary savings for SPD this year has increased to $7.7 million, which still lets the Council remove $2 million and add it to the pot of money for the Participatory Budgeting process (increasing the total to $32 million).

Of the $7.7 million, here is where the money would be allocated:

Herbold’s new version of the bill also acknowledges that there may be additional salary savings if attrition continues to be high, and that SPD may need those funds too for additional mitigation measures — but isn’t willing to commit to that yet. It fence-sits by adding a new proviso on $5 million of salary budget, with $625,000 being released each month upon SPD’s submission of a monthly report to the Council on current hiring and attrition status. The bill also specifically calls on SPD to “prioritize its salary saving expenditures to fulfill its obligations under the Federal Consent Decree and its Charter responsibility to provide adequate public safety to those who visit, live and work in Seattle.”

The new version also acknowledges another point that had been raised by SPD two weeks ago: as COVID restrictions lift SPD will need to ramp up its event staffing, and it may need to use its overtime budget to do that. Overtime has been a touchy topic, because SPD has so frequently overspent its overtime budget. Herbold is proposing to look the other way if SPD overruns its overtime budget this year in order to cover events, but only if it prioritizes using civilians for staffing traffic-direction duties instead of sworn officers (allowing SPD to prioritize sworn officers for other duties).

Advocates who were set on a $5.4 million cut to SPD’s budget are unlikely to be happy with Herbold’s attempt at compromise. But a bigger, looming question is what Antonio Oftelie, the court-appointed police monitor, will think. In early March, the City Attorney’s Office sent the police monitor and the DOJ a memo summarizing the impacts of the SPD budget cuts, including the $5.4 million originally proposed by Herbold.

Monday morning Oftelie sent a memo in response to SPD and city officials expressing his desire to learn more about what impact the Council’s successive cuts to the police department’s budget have had on SPD’s ability to meet its commitments under the 2012 Consent Decree. He lays out ten questions exploring those potential impacts, and says that his recommendations to the Department of Justice and Judge Robart will in part be based upon the answers to those questions. Several of the questions specifically ask about impacts of the original $5.4 million proposed cut, so if Herbold’s substitute is adopted tomorrow, there will be work to do to re-interpret the questions for the context of the updated proposal.

Herbold, for her part, has been holding up the bill in order to seek input from the DOJ and the police monitor, after Judge Robart had “harsh words” for the Council earlier this year over what he saw as its haphazard approach to slashing SPD’s budget. Given Oftelie’s memo, Councilmember Herbold didn’t attempt to vote the bill out of committee – and if she plans to wait until she has buy-in from the DOJ and police monitor, it may in fact be several weeks before the bill finally emerges. And if either objects to the cuts up to this point, then the bill may get another substantial rewrite, or it may be abandoned in committee altogether.

Herbold said that she had heard concerns that voting it out of committee, even if it wasn’t scheduled for approval by the full Council, might be interpreted by the police monitor and Judge Robart as a signal that it intended to push the bill ahead without their input. Given Robart’s recent tongue-lashing aimed at the Council, Herbold is not willing to take that step.

Councilmembers Lewis, Gonzalez and Herbold voted to adopt Herbold’s substitute version of the bill, and Sawant and Morales voted against. Sawant called it an abandonment of the Council’s commitment to defund SPD by 50% last summer and said that she had predicted that the Council would continue to back away from its commitments. Morales said that she thinks it’s important to “send a message” to SPD about what it means when the Council draws a line on the budget, as it did last summer when it said that it would not look favorably upon the police department overspending its overtime budget and then asking for more money at the end of the year.

Herbold and her colleagues on the Council must now answer Oftelie’s questions, then wait to see how he and Judge Robart respond.

Kevin Schofieldhttp://sccinsight.com
Kevin is a city hall reporter and the founder of SCC Insight, a web site focused on providing independent news and analysis of the Seattle City Council and Seattle City Hall in general. In a previous life, he worked for 26 years in the tech industry in a variety of positions but most notably as the COO of the research division at Microsoft. Kevin volunteers at the Woodland Park Zoo, where he is also on the Board of Directors. He is also the Vice Chair of the Board of Trustees of Harvey Mudd College.
Previous article
Guns. Again.
Next article
Biden and Rapinoe team up for Pay Equality