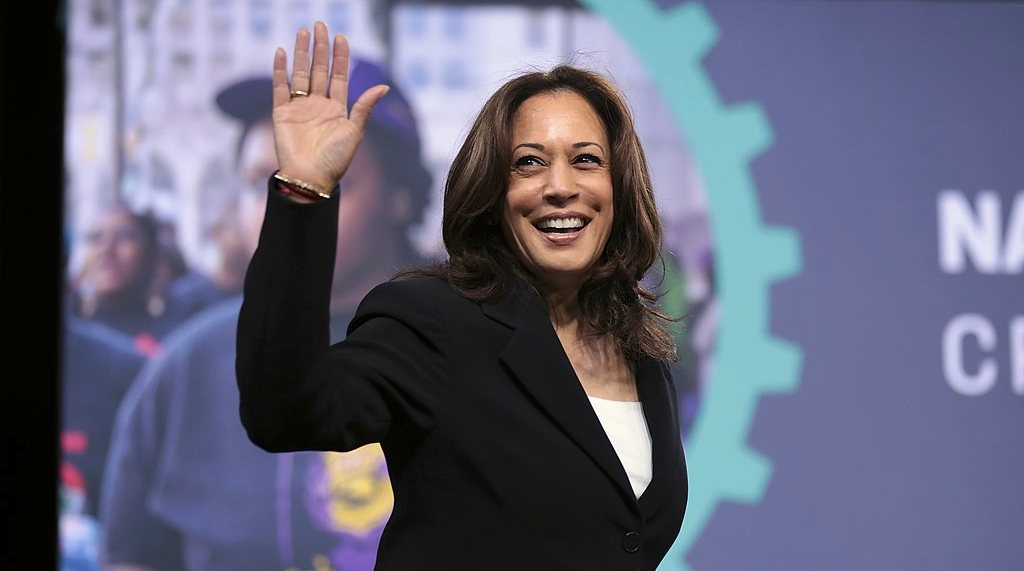 When Sen. Kamala Harris questioned Supreme Court nominee Brett Kavanaugh, she took a zig-zag approach, first asking him about a troubling op-ed he wrote using the term “racial spoils system” and then whether he believed that “the right to privacy protects a woman’s right to terminate a pregnancy.”

Kavanaugh dodged, thinking he knew where the former prosecutor was headed. Then, almost as an afterthought, Harris asked, “Can you think of any laws that give government the power to make decisions about the male body?” Cornered, Kavanaugh stuttered, “I’m not — I’m not –I’m not thinking of any right now, senator.”

The nominee’s lame answer made national news shows and became a classic viral moment. It was a small victory, not sufficient to derail Kavanaugh’s confirmation but enough to establish Harris as adept at cutting to the core of the important issue at stake.

Before her Senate joust, Harris had already gained stature in the field of likely 2020 presidential candidates, threw a tough punch at Joe Biden over school busing, and forged a connection with women. She had already traveled a long road to get to that point in her career, now exteneded by being Vice President.

Her lengthy journey is central to Kamala’s Way, Dan Morain’s revealing new book about Kamala Harris’ rise from the brawling world of California politics. Morain, now Sacramento Bee editorial page editor, formerly worked at the Los Angeles Times and has been following Harris’ career for decades. He has had an insider’s look at people and events surrounding Harris’s rise to political stardom.

The daughter of a Jamaica-born father and an India-born mother, two academics who met in the 1960s at U. C. Berkley, Harris often recalls having a “stroller’s eye view of people getting into what the late great John Lewis called ‘good trouble.'” After graduation from Howard University, an historically black university, Harris graduated from a public law school in San Francisco’s Tenderloin district but was definitely not at the top of the class.

Along the way, Harris had a helping hand from powerful allies including Willie Brown, long-time speaker of California House, the self-described “Ayatollah of the Assembly” and later San Francisco mayor. For two years in the 1990s, Harris dated Brown, who opened doors for her, gave her access to his donors and worked behind the scenes. He used his clout to appoint her to two lucrative state boards. In 1995 the two parted company, marked by a final bold-faced item in Herb Caen’s Chronicle column. Afterwards Harris referred to her relationship with Brown as “an albatross.” Years later Brown still spoke of Harris, telling a radio interviewer that “it was a real love affair. She loved me and I loved me.”

Politicians who make it in San Francisco, know how to win. It’s no coincidence that some of the nation’s toughest current and former players, including Speaker Nancy Pelosi, Sen. Dianne Feinstein, Gov. Gavin Newson, former Sen. Barbara Boxer and Kamala Harris, all have San Francisco roots.

No San Francisco race would be complete without sharp elbows being thrown. When Harris was battling in the district attorney race, Kimberly Guilfoyle, then married to mayoral candidate Gavin Newsom, threw one Harris’ way, dishing to the Chronicle that Harris had tried to block Guilfoyle’s return to the DA’s office in 2000. Harris successfully brushed off Guilfoyle’s charge, claiming she merely “wanted to help her.” In the end, Guilfoyle prosecuted a high-profile case, winning a bid from Fox News, a divorce from Newsom, and ultimately a relationship with Donald Trump Jr.

Harris’s long tenure as a prosecutor in California, a harsh punitive state, has drawn criticism. In her run for DA in 2003, Harris called for improving conviction rates and prosecuting serious drug cases to clean up the streets. But, once elected, she took more liberal positions such as strong opposition to the death penalty that cost her police support. She later came out in favor of criminal justice reform. In her 2009 book, Smart on Crime, Harris called for education, drug treatment, and rehabilitation.

Morain expresses much admiration for Harris’s skill, her intelligence and grit. He repeatedly describes her trailblazing as “Kamala’s Way.” But he also is critical of her brusque style and her hesitancy to take strong, conscience-driven stands that might cost her political points. Morain’s book suffers from not having obtained interviews with Harris or her family, something he excuses because of time constraints. He relied mainly on his years covering California politics and on “dozens of sources with firsthand knowledge.”

The author is a good storyteller. His book benefits from some of the behind-the-scenes accounts of Harris’s all-to-human encounters outside of her official positions. He recounts telling incidents such as her call to a grieving widow to remember a taken-too-soon spouse, and also her detour to sit by the bedside of a dying woman who had been an early supporter. The book does much to establish Harris as a caring friend, a later-in-life wife and stepmother, and a history maker.

Jean Godden
Jean Godden wrote columns first for the Seattle Post-Intelligencer and late for the Seattle Times. In 2002, she quit to run for City Council where she served for 12 years. Since then she published a book of city stories titled “Citizen Jean.” She is now co-host of The Bridge aired on community station KMGP at 101.1 FM. You can email tips and comments to Jean at jgodden@blarg.net.
Previous article
Northwest Congressfolk Team Up to Keep Federal Archives in Seattle
Next article
The Troubled Tale of the Black Brilliance Report on Participatory Budgeting