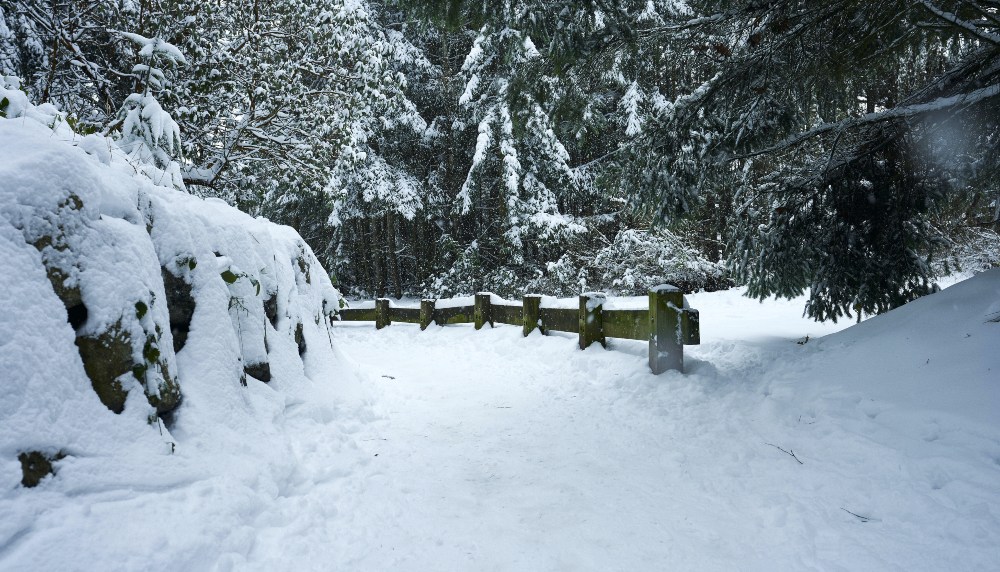 The Texas’ snowstorm that left many millions freezing in the dark stirred memories for long-time Seattleites like me. Many of us lived through the infamous Hanukkah Eve Windstorm 14 years ago. If you were here, you can be forgiven for a feeling of deja vu.

Hurricane-force winds slammed the city on Dec. 14 and 15, 2006. The monster storm was preceded by a record 16 inches of rainfall in November. When the tempest struck, rain-sodden trees and limbs toppled, wiping away power lines. In Western Washington, the storm left 1.8 million residences without electricity, including 180,000 City Light customers. In the days after the windstorm, the weather took a dive, turning bitterly cold, adding to the residents’ woes. Hundreds of thousands were left freezing in dark houses and apartments without electricity or a promise of when it might be restored.

How well I remember. At the time, I was serving my first term as a Seattle City Council member. It had been my lot, despite being a newbie, to serve as chair of the council’s Energy Committee, which oversees Seattle City Light, one of the nation’s largest municipally-owned power companies. City Light not only serves the entire city, but also residents in some nearby suburban communities.

In the aftermath of that December weather event, I quickly set to work with Mayor Greg Nickels’ office to establish warming shelters for people who were suffering in the cold without power or light. Our first attempts partly backfired when hundreds were directed to a South Seattle Community Center only to discover that the center was also without power.

My office crew and I circled the city, visiting shelters staffed with hard-working Parks Department employees who had been pressed into service. They provided hot meals and set up cots. In North Seattle, they sent a van to nearby retirement homes and escorted elderly residents, some stranded in cold dark rooms, to warmth at the Bitter Lake Community Center. There were many unsung heroes in the aftermath of the storm.

The Parks employees weren’t our only heroes. City Light line workers labored day and night, putting in 17-hour shifts. They had to virtually rebuild the entire city’s electrical distribution system. Nearby reinforcements were unavailable because other utilities in the region had been similarly impacted by the storm. Eventually City Light would seek help from utilities as far away as Ohio.

Meanwhile, in my City Hall office we fielded hundreds of calls from customers unable to report outages directly to City Light’s overloaded phone lines. Even when they reached the call center, customers often came away aggrieved, unable to get any idea when power would be restored. Of the many who called my office, some merely wanted the latest information. Others were more outraged, demanding that we restore their power immediately. Several said, “Right now or else.” We truly felt every one’s anguish as it was only days until the Christmas holiday. City Light customers were facing one of the bleakest holiday seasons in memory.

We heard sad stories about cancelled events and ceremonies, about disabled customers who, without electricity to power elevators, were trapped in dark, heatless multi-storied buildings. Before power was fully restored, 13 people in the region died, mostly by carbon monoxide poisoning due to unsafe use of barbecues and generators. Seattle actress Kate Fleming drowned in her flooded basement on the evening of Dec. 14. Others died when crushed by falling trees. A man and his dog were electrocuted by a downed power line.

Local hospitals treated several hundred victims of carbon monoxide. Most were newly-arrived immigrants. The deaths and injuries prompted the Seattle Times to devote its entire Dec. 20 front page to warnings that explained the dangers of indoor charcoal use, translated into six languages.

As part of my due diligence, I visited the City Light call center and talked to employees who were doing their utmost to dispense what little information they had. Some call center workers, their own homes without power, were barely given time off to dash home for a change of clothing.

There was some encouraging news: Almost 50 percent of city outages were restored within the first 48 hours. But that meant that tens of thousands still remained in the dark and would be without power for days to come. Main distribution lines, torn down by the storm, first had to be reconstructed before feeder lines could be powered. I spent hours on the phone, getting updates from City Light Supt. Jorge Carrasco and with Deputy Mayor Tim Ceis, checking on shelters and services. Ceis assessed the dismal situation saying, “If we don’t get power back by Christmas, we may as well all quit.”

During the height of the emergency, I received death threats, several serious enough to refer to Seattle police. One angry male caller said that, with the naked eye, he could see a broken wire dangling from a pole and all we had to do was reconnect that wire and he’d have electricity. Then he delivered his ultimatum: “Restore my power or I’ll kill you.” Given the level of anger and frustration, I was grateful when I could finally answer a call without dread. Power throughout the city was finally restored two days before Christmas. The utility had played no favorites. Among the last to see light was the Madrona home of Councilmember Richard Conlin, eight days and 17 hours without power.

Even before all the lights were back on, the council began asking questions about the storm response and how we could do better with future weather incidents. We hired Davis Consulting to prepare a comprehensive report. Davis submitted a 100-page account with a timeline, detailing what worked and what didn’t. The report included a lengthy to-do list; part of the fixes were already underway.

Seattle’s Hanukkah Day Storm, although a power disaster, doesn’t properly compare to the Texas crisis in size or severity. In Texas, there not only were power outages and freezing temperatures but a scarcity of potable water. In Texas, it’s already apparent that there was a massive failure of preparation and a go-it-alone unwillingness to link to regional power grids or to observe federal standards.

In the best of worlds, leaders in Texas will do as Seattle did and learn what they can do to prepare for future disasters. In Seattle, we have been fortunate to have municipally-run utilities with extensive connections to a regional grid and with cooperative agreements including one with nearby Canada. Most importantly Seattle utilities (power, water, sewer, drainage, solid waste) have always belonged, not to private industry concerned with profit, but to the people.

Jean Godden
Jean Godden wrote columns first for the Seattle Post-Intelligencer and late for the Seattle Times. In 2002, she quit to run for City Council where she served for 12 years. Since then she published a book of city stories titled “Citizen Jean.” She is now co-host of The Bridge aired on community station KMGP at 101.1 FM. You can email tips and comments to Jean at jgodden@blarg.net.
Previous article
Challenge from the Hard Right: Sen. Murkowski in for another Bruising Election
Next article
Pickleball’s Seattle Origins (It’s America’s Fastest-Growing Sport)