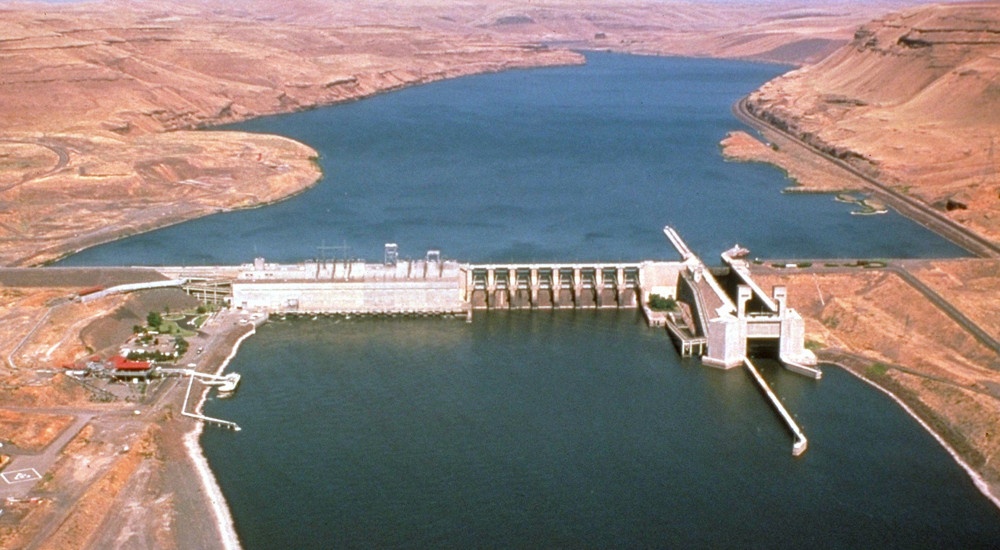 Can a Conservative Idaho Republican Bring Sockeyes Back to the Salmon River?

We were lifting cups in a lodge at Redfish Lake, beneath 10,000-foot summits of Idaho’s Sawtooth Mountains, talking about thousands of sockeye salmon that once swam 900 miles up the Columbia, Snake, and Salmon Rivers to spawn.

Tough to believe, the guy most adamant about finding means to restore the salmon was Republican U.S. Rep. Mike Simpson of Idaho.  He regaled leaders of the Idaho Conservation League with stories of watching salmon spawn on the Middle Fork-Salmon and noted a hand-written sign by a weir just below Redfish Lake: “Spawn your brains out.” The same congressman was up early the next day to watch noisy Sandhill cranes take off from Redfish Lake.

The conservative congressman, who represents southern and eastern Idaho, is seizing the time to bring back the red-backed salmon.  Simpson has proposed a $33.5-billion Columbia Basin plan that would remove four Army Corps of Engineers dams from the lower Snake River, starting with Lower Granite Dam in 2030.  He would make up for the loss of infrastructure and electric power generation.  For instance, farmers currently barging their crops down the Snake and Columbia would be provided with high speed unit-loader trains.

“I want to be clear that I’m not certain removing these dams will restore Idaho’s salmon and steelhead and prevent their extinction,” Simpson said in a video, “but I am certain that if we do not take this course of action we are condemning Idaho’s salmon to extinction.”

Simpson sees twofold opportunity to restore a free-flowing Snake River.  The first is unsnarling a longstanding legal impasse.  Federal courts have rejected as inadequate a succession of NOAA plans to bring back fish while keeping the dams in place.  Juvenile salmon once negotiated downstream passage in as little as six days during spring runoff.  Now, with eight reservoir-pools to pass, the journey takes a month. The second opening is afforded by a a major national infrastructure investment, a centerpiece of Biden Administration policy.  We are still existing, in a transformed Northwest, on freeways built in the 1960s and hydro projects erected in the 1960s and ’70s.

As Bonneville Dam neared completion in 1938, future Oregon Sen. Richard Neuberger wrote:  “Prevalent throughout the principal salmon-producing region of the world today is the almost unshakable opinion that within a few years the fighting fish with the flaky pink flesh will be one and the same with the dodo bird – extinct.”

Not extinct yet but certainly imperiled — and nowhere more than in Idaho. A total of 2.5 million wild chinook salmon once inhabited Idaho’s great river system.  A tiny fraction survive 45 years after the gates were closed on Lower Granite Dam. As Idaho’s late, great Gov. Cecil Andrus wrote (with help from this writer), “Salmon runs have struggled to survive, but have been depleted in a Columbia-Snake River system transformed into an almost unbroken series of reservoirs.”

I was present long ago as Andrus visited newly completed Lower Granite Dam and heard Corps engineers explain its Rube Goldberg-style plan to trap salmon fingerlings and barge them downstream past the dams.  Salmon would be taken for a ride.  Andrus bluntly predicted  predicted the system wouldn’t work.  It didn’t, despite some survival of steelhead.

Frustratingly, almost the entire Salmon River system – the Snake River’s greatest tributary – remains wild and undammed.  The creation of a Hells Canyon National Recreation Area in 1975 scrubbed plans to erect 600-foot high dams in the heart of America’s deepest canyon. A pleasure in rafting trips is extending middle fingers toward still-visible bore holes for the 575-foot-high Nez Perce Dam, once planned just downstream from the confluence of the Salmon and Snake Rivers.  Bighorn sheep graze on slopes that would have been submerged by hundreds of feet of reservoir.

“Idaho has habitat, needs fish,” Andrus loved to exclaim.  The Simpson plan would spend $1.4 billion to remove the Snake River dams by 2031.  The feds would spend millions out of a Columbia Basin Fund to restore and manage salmon on the river.

The plan includes payoffs to those who have profited from the dams, including $150 million for waterfront restoration in Lewiston and Clarkston, $100 million for economic development, and $50 million for tourism promotion.  Also part of the deal: no more conservationist lawsuits.  The Federal Energy Regulatory Commission would relicense Columbia River dams for 35 years. In Simpson’s words, “The stars are lined up right now if we are going to do something about this and resolve this issue.  I don’t know when these stars will be lined up again.”

Are they?  Ever since conservation groups began making noises about dam removal, “saving” the Snake River dams has become the holy grail for Inland Northwest Republicans.  George W. Bush, in 2000, treated dams as his cause in the region.  He waxed philosophical, saying: “The man and the fish can coexist.”  At a Spokane rally, he referred to Idaho’s greatest stream as “the river on the Snake.”   President Bush made a celebratory visit to Ice Harbor Dam one year when runs did come back in decent numbers.

“These dams are the beating heart of Eastern Washington and provide the entire Pacific Northwest with clean, renewable, reliable and affordable energy,” Rep. Cathy McMorris Rodgers, R-Wash., said in response to Simpson’s plan. She described the plan as “drastic” and “fiscally irresponsible.”  CMR is ranking Republican on the powerful House Energy and Commerce Committee and will become its chair should the GOP retake control of the House in 2022.

The dams have created an inland economy, outlined in a fine 2019 article by Ron Judd in the Seattle Times Magazine.  Lewiston, Idaho and Clarkston, Washington became barge ports.  Still, dam defenders are confronted with a reality:  Billions of dollars have been spent but fish passage, with the four Snake River dams in place, has not improved. “We’ve spent decades making minor improvements and adjustments that simply haven’t worked, and what we really need is serious funding and a major overhaul,” in the words of Liz Hamilton of the Northwest Sport Fishing Industry Assn.

Salmon are an indicator species of whether the Pacific Northwest can live up to its self-image as one of the least degraded corners of North America.  Timothy Egan, in his book The Good Rain, put it best: “The Northwest is anywhere a salmon can get to.” Meriwether Lewis was the first to find that out.  Shortly after crossing Lemhi Pass, he was served a piece of roasted salmon, devoured with “great relish . . . This was the first salmon I had seen and perfectly convinced me that we were on the waters of the Pacific Ocean.”

While book writing with Andrus, we visited Jack Briggs, longtime operator of a guest ranch on a tributary of the Salmon River.  William Clark carved his initials on a nearby tree while exploring whether the Salmon River was navigable. “When we bought this place,” Briggs told us. “I’d count 250 salmon in a season out in that creek.  The last one I saw was two years ago.  Nothing wrong with the spawning beds.  All the country around here is wilderness or semi-wilderness.  It’s the dams.”

Congressman Simpson, 70,  has vowed to see salmon runs return to Redfish Lake in his lifetime.  He is driven by a worthy dream.