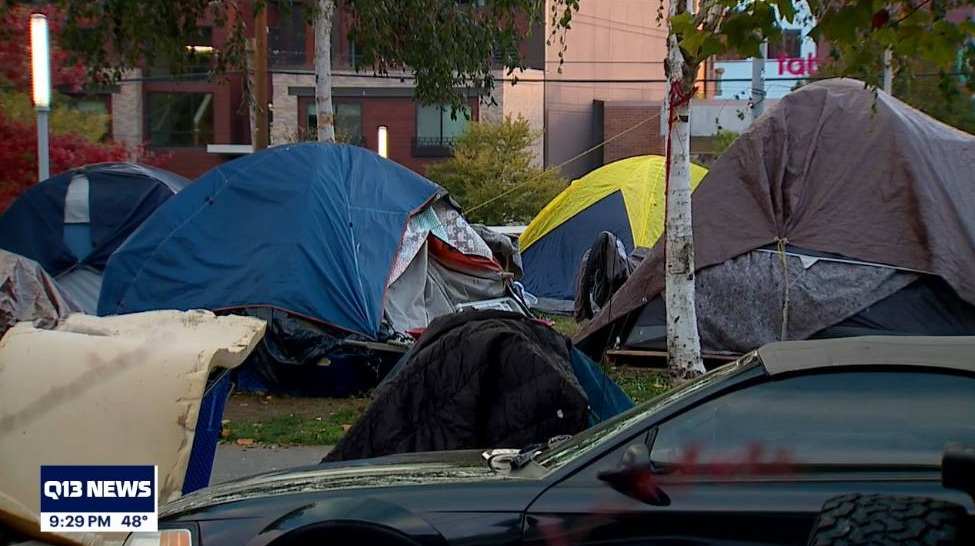 Have Seattle Parks Become a Permanent “Solution” for Homelessness?

Tim Burgess, former Seattle City Council member and Interim Mayor in 2017, got my attention in his recent article in the Seattle Times with this statement about the tent encampments. “They are,” wrote Burgess, “essentially permanent.”

Really, have we come to this?

Here’s that sentence in context. “Since 2015, when the mayor declared a homelessness emergency, we have spent hundreds of millions of taxpayer dollars — and there are success stories to tell — but tragically, there is no comprehensive plan to remove these illegal tent encampments or to help those living in them. Not now. Not any time this year or next. Not in five years. They are essentially permanent.”

Burgess faults what he describes as the present City Council’s “laissez-fair  approach,” and proposes a better, more humane way forward. His article, titled, “An End To Encampments,” argues for a plan that addresses addiction and mental illness with stepped up “on-demand” services and written service plans for each unsheltered individual.

But there’s a tough love aspect to Burgess’s proposal as well. “The plan should use a focused deterrence approach to criminal behavior, employing a range of interventions including arrest and prosecution, if necessary. This is not as some claim, ‘the criminalization of homelessness.’ It’s a considered response to specific people who are engaged in destructive, on-going acts of violence or persistent criminal behaviors that harm others, including other unsheltered persons.” Burgess points out that as the pandemic continues and weather improves the need for open and safe city parks and green spaces will increase.

Seattlites may recall that “homelessness” was the top priority issue of voters in the 2017 mayoral election and again in the 2019 City Council contests. So what’s happened? The pandemic for one. Not only did the pandemic shift focus and resources it meant a reduction in shelter capacity to achieve “social distancing.” “Navigation teams,” (outreach workers to the homeless) were eliminated by the Council, and encampments became the de-facto strategy.

Will what began a year ago as an accommodation to the pandemic become, as Burgess, suggests, “essentially permanent”? Burgess clearly hopes not.

A word that he uses often in his article is “plan.” There needs to be a comprehensive plan. There is currently no plan. Written service plans for each unsheltered individual are key to success.

But beneath or implied in that little four-letter word “plan” are a couple of other words that may be at the heart of the challenge. A plan is only as good as its execution. Execution involves other words, words like focus, discipline, cooperation and coordination. These are not words that describe Seattle politics these days.

What does describe our politics and many of our leaders are “short-termism” and “performative.” Short-termism: responding, reacting, to the latest crisis or outcry. “Performative:” Using one’s elective office as your personal platform for gaining attention. Hitting grocery companies with a mandated employee wage increase is easy, short-term stuff and an opportunity for virtue-signaling. Dealing, seriously and over the long haul, with a complex issue like homelessness? Not so much.

In this sense the homelessness crisis or state of emergency reveals a deeper issue bedeviling American politics on every level — a diminished capacity to address complex issues that require long-term and sustained attention. We, politicians and voters, are like the proverbial Golden Retriever at a Whistler’s Convention, lurching to each new whistled call.

Yes, we in Seattle can do better and make progress on homelessness, and I certainly hope we will. Burgess’s recommendations are sound and balanced. They are based on similar, successful initiatives in other parts of the country.

Right now, alas, we have a lot of both.

Anthony B. Robinsonhttps://www.anthonybrobinson.com/
Tony is a writer, teacher, speaker and ordained minister (United Church of Christ). He served as Senior Minister of Seattle’s Plymouth Congregational Church for fourteen years. His newest book is Useful Wisdom: Letters to Young (and not so young) Ministers. He divides his time between Seattle and a cabin in Wallowa County of northeastern Oregon. If you’d like to know more or receive his regular blogs in your email, go to his site listed above to sign-up.
Previous article
A Second Trump Impeachment is Loaded With Dire Consequences
Next article
How Ranked-Choice Voting Would Change How We Elect Seattle Mayors