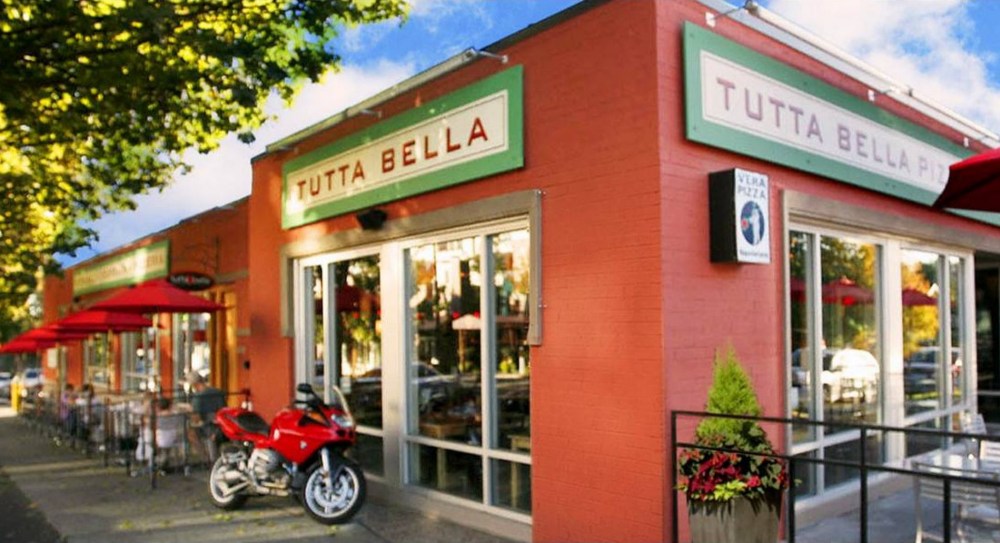 He wasn’t alone.  The pandemic closures threatened Tutta Bella. So did nights of looting and violence that shattered windows, turned a vibrant downtown Seattle into a surreal landscape of shuttered storefronts and sheets of plywood protecting street level businesses.

The numbers for Seattle’s greater downtown area are harsh – 48,000 jobs lost; 76 citywide conventions cancelled, costing $512 million in economic impact; a cruise ship season gone with a loss of 5,500 jobs and $900 million.  Hotel revenue down 88 percent.  Transit ridership plunging 70 percent. As of year’s end, visits to downtown from those who don’t work there dropped by 60 percent, as foot traffic simply died — a devastating absence for hundreds of businesses reliant on pedestrian volume.

As vaccinations spread, normal may come in sight again, but not easily and not soon.

To speed that day and to give residents a more welcoming sense of downtown, merchants and the Downtown Seattle Association started removing plywood from storefronts, pitched a large tent at the center of Westlake Park, and installed tables and chairs inside. The shift, at street level, was instantly visible. Even so, a recent DSA poll of businesses found a belief that recovery will take 1-3 years. With street-level shop closures already at 163 downtown, 233 citywide, many stores will not recover.

But there are many stories to tell of resilience, adaptation, survival, and Joe Fugere’s promise of innovation. Here’s the saga of Tutta Bella.

With its dining rooms shut down by a pandemic, Tutta Bella sales plummeted 80 percent, not enough to keep the doors open.  The company tapped reserves, tightened operations at every level, Fugere cut his own salary to zero and started conversations with vendors on payment terms, pleaded with landlords for rent extensions.  It was an existential moment, a moment to choose, a moment Joe Fugere cannot forget.

“I think people took one of two courses. They either crawled under a rock and said I’m just going to close down forever or until this all goes away.  Or, no. Let’s capture it, let’s pivot, how can we make this business thrive and survive?  What can we do to keep our employees and keep this business viable?  And that’s the path we took.”

In the next weeks the company turned itself inside out and take-out/pick-up became the new focus. The menu shifted, servers became drivers, what had been a norm for years was re-imagined in days, and help came not only from loyal customers ready to buy in new ways, but from QFC, already a Tutta Bella partner with full service “groceraunts” in two stores.

QFC offered to host a job desk for laid-off workers, hiring some themselves. The president of the company asked Fugere how quickly he could expand supplies of salads and lasagna products, already in five stores, to another 30.  “If you can do this in a matter of days or weeks, I’m giving you the green light,” she said.

Tutta Bella quickly tore up the carpeting in its unused Bellevue dining room, converting the space into a production center for salads, take-and-bake pizzas by the hundreds, quickly increasing revenue by 50 percent. “That was a lifesaver. Without that we probably would have had to shutter a couple of restaurants.”

With that increased cash flow, Tutta Bella was able to use the federal PPP funding to bring in an oven from Italy to replace an old oven.  “We repaired things, brought in electricians and plumbers to work on things we’d let go for a while.”

One innovation was a new offering of take-out cocktail kits (more than a thousand sold the first week). Even with the dramatic losses from empty dining rooms, Fugere was able to keep every location functioning, hiring back 60 of the 100 furloughed employees, and recovering 70 percent of Tutta Bella’s previous earnings.

Fugere sums up the crash course: “What I’ve learned — and this is going to apply forever, as long as I own this business — let’s stop over-analyzing and just start doing.  I think we’re going to be much less risk averse and more willing to take chances than we were in the past because a lot of the things we do during Covid are just gut instincts that paid off.” And then he added: “I didn’t know I had it in me — until it just surfaced.  It must have been deep down in there.  I never thought of myself as someone that resilient but when the call came for it to surface, to come out, there it was.  In an odd way, an unexpected way, it’s been energizing.”

Mike James
Mike James was a long-time anchor newscaster at KING TV.
Previous article
Biden in the Breach: COVID Bill Will Set the Tone
Next article
Can You Fire a Cop for Showing up at Trump’s Insurrection?