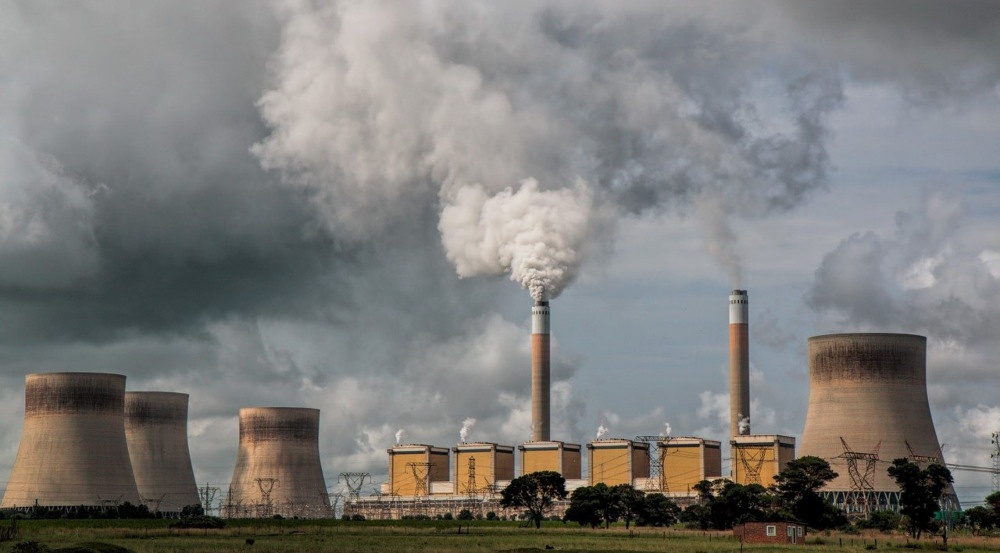 The complex politics of Gov. Jay Inslee’s climate change package are starting to draw blowback that will play out in the Legislature. To review, Inslee has proposed measures to impose a low-carbon fuels standard, to create a cap-and-trade system to reduce carbon emissions from major emitters, and to mandate lower emissions from buildings, largely through reducing the use of natural gas. Just a few weeks in, we’re seeing the enormous amount of influence that will be brought to bear on on those ideas, both for and against.

Last week, at the very moment that Sen. Reuven Carlyle’s Environment, Energy and Technology Committee was hearing opposition to the cap-and-trade bill from environmental-justice advocates, House Democrats were unveiling the framework of a transportation package that includes a competing carbon fee paired with a big gas-tax increase. Meanwhile, some labor groups are pushing back on both the low-carbon fuels standard and the clean buildings idea, arguing that both would undermine opportunities for their members to go to work. Turns out that all that natural gas needs pipes, and pipes need pipe-fitters.

Welcome to the hard political facts of measures that would actually move the needle on reducing carbon. Such laws would fundamentally alter large sectors of the state’s economy, and most of these changes would be experienced by voters as more expensive gasoline. Meanwhile, we’re talking about big piles of fresh tax revenues, and therefore arguments about what they should be spent on.

For climate hawks, these disruptions are a no-brainer compared to the looming threats of climate change, and steps that should have been adopted long ago. If you’re paying attention at all, your online world is likely full of this kind of thing, as environmental advocacy groups flood the zone to pressure lawmakers.

“We are way behind in adopting programs like these to address the largest source of greenhouse emissions in our state,” House Environment and Energy Chair Joe Fitzgibbon said before this year’s version of House Bill 1091, which narrowly cleared his committee last week. Environmentalists want the new fuel standards because they would actually mandate lower-carbon fuels in the state. By contrast, carbon-pricing schemes for buying the rights to emit, standing alone, might just drive up energy costs without changing behavior, at least in the short run.

The low-carbon fuels standard has perhaps the best-organized opposition of any of the climate measures. Most oil companies hate the idea because it interferes directly in their business and advantages their competitors, especially by incentivizing the adoption of electric vehicles. The oil companies have plenty of allies among truckers, farmers, and others who start at No on anything that drives up fuel costs. The oil industry, most notably the Western States Petroleum Association, has been running an ongoing campaign against the idea for years, spending heavily on targeted advertising, social media, and elaborate demonstrations to argue that the proposed standards will drive fuel prices higher.

Rep. Fitzgibbon’s bill has passed the House each of the last two years, only to die in the Senate. Some of the arguments against it this year came from labor unions concerned that increasing fuel prices via a low-carbon fuel standard would make it harder to increase gas taxes or to impose a carbon fee to pay for billions of dollars in transportation projects. No transportation package equals fewer union hard-hats going to work on all those road and transit projects.

The siren call of transportation money

Late last year, Sen. Carlyle told me that all the elements of a sweeping agreement on climate legislation were present, and that may still happen. The governor and Democrats in both chambers seem highly motivated, and pressure from the well-funded environmental groups and philanthropists who support them is high. In the end, a big pot of money to fix major transportation problems could be the grease that lubricates a deal.

One of the biggest themes is the notion that a tax on the carbon produced by transportation — the tailpipes of cars and trucks — should be returned to the transportation system, preferably for greener modes of transportation than driving in your own gasoline-powered vehicle. House Transportation Chair Jake Fey, D-Tacoma, told reporters that this package was the takeaway of a series of listening sessions with stakeholders over the last year.

Think of it as the 21st century version of the decades-old bargain surrounding gas taxation — voters will grudgingly put up with gas-tax increases to make their roads better. Yet there are many other things lawmakers would like to spend money on, from K-12 education to more generous pandemic relief to beefing up the public health system.

Also, the sheer scale of the plan Rep. Fey rolled out is fraught with political risk. The House Democrats’ transportation proposal would spend $25.8 billion over 16 years. An 18-cent increase in the gas tax would raise $17.9 billion. The next $7.5 billion would come from the carbon fee, which would start at $15 per metric ton of emissions, eventually rising to $25 in 2025. Fuel producers would likely pass that fee on to consumers, driving the effective tax on a gallon of gas close to $1 per gallon.

If history is any guide, this package is too rich to swallow all at once. Ballot initiatives that would have imposed carbon taxing schemes in the $15-per-ton range went down in flames in 2016 and 2018, although they didn’t offer voters any transportation goodies. Statewide voters haven’t considered a gas tax since 2002, when a 9-cent bump — from 23 cents to 32 cents per gallon — was soundly defeated. Lawmakers have since nudged the tax gradually higher without taking it to the ballot. Today it stands at 49.4 cents per gallon, fourth-highest in the nation. (California has the highest, at 62.47 cents, while Alaska has the lowest at 13.77.) Also, a jump of this magnitude is likely to produce an initiative to roll it back. So, as Fey said last week, that proposal might be the high-water mark, with whatever final deal emerges spending less and doing less.

There’s a distinction between money from the gas tax and money from the proposed carbon fee. Gas taxes, per the Washington Constitution, can only be spent on roads and car ferries. A carbon tax could go to bus or rail transit, passenger-only ferries, bike paths, and pedestrian infrastructure. Another political wrinkle in the House Democrats’ proposal: They plan to do it in cash, without issuing bonds.

To bond or not to bond

Issuing debt — selling bonds to be repaid with dedicated tax revenue in the future — requires a supermajority of the Legislature, which generally means cutting a bipartisan deal with the minority party. That’s usually how transportation packages work, and it frequently means that one side or both has to swallow something they hate — think too much country road-widening for urban Democrats or too many city bike lanes for rural Republicans. For example, the transportation package passed in 2015, when Republicans controlled the Senate, contained a “poison pill,” which prevented a low-carbon fuels standard by threatening to revoke money for progressive transportation priorities.

No debt means no supermajority, which would allow for a much more progressive-leaning transportation package. So the House’s proposal can be viewed as warning shot in that direction. The flip side of that argument is that debt is currently historically cheap, and issuing bonds can get up-front money on the street, and thus get projects under construction, much more quickly. Also, freezing the minority party out completely can create other problems, most notably on the capital budget, which typically includes a bonding provision of its own.

Cap and trade vs. a straightforward carbon tax

There are two basic schools of carbon taxation: cap-and-trade and a straightforward per-ton tax or fee on carbon emissions. Fans of cap-and-trade like the idea of allowing market forces to incentivize companies to pollute less. For example, an electrical utility can convert from coal to wind, while selling its allowance to emit carbon to a company with less flexibility, such as an oil refinery. The money the utility gets from the refinery helps offset any transition cost.

Inslee’s current preference, and Carlyle’s signature bill this session, is a cap-and-trade plan that gradually reduces the overall emissions allowed in the state, but allows major polluters — or others — to buy the right to pollute under the cap at a state-run auction, and then trade those allowances.

Testifying before Carlyle’s committee last week, Guillermo Rogel of Front and Centered, a coalition of environmental justice organizations, called cap-and-trade a false promise that allows pollution to flow where it is cheapest to produce, particularly low-income areas and communities of color. Rogel and other environmental justice advocates met with Inslee earlier this month, according to a copy of his calendar obtained under the Public Disclosure Act.

He urged lawmakers to reject the idea and instead adopt the Washington STRONG Act, which envisions a steep fee on carbon to pay for a massive massive pandemic relief bonding system. Rogel testified while Vice Chair Liz Lovelett, D-Anacortes, one of the authors of the STRONG act, was presiding. Lovelett’s bill, I am told, will be introduced soon.

A version of this article first appeared in the Observer, and is reprinted with permission.