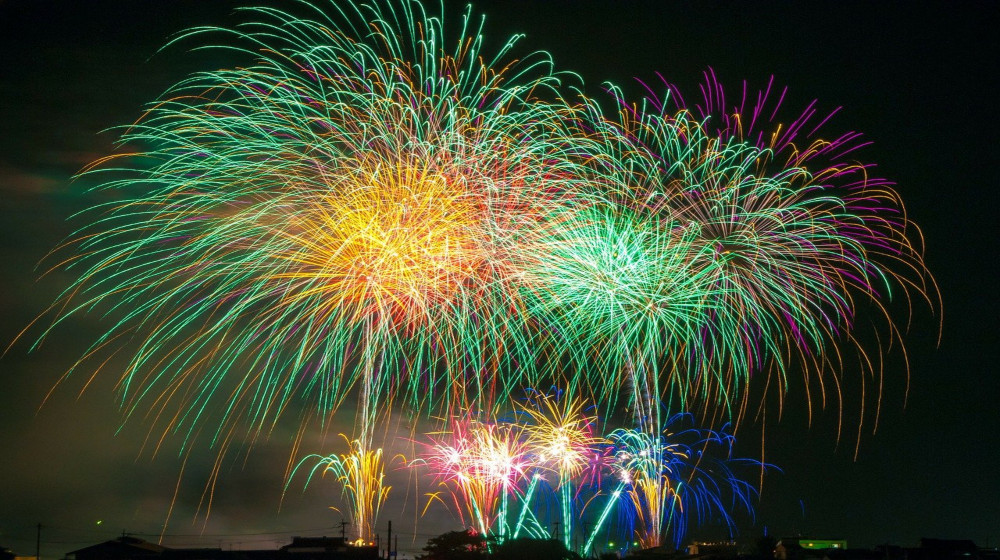 Thank goodness, ‘20’s out the door;
we couldn’t take a whole lot more
– a year of viruses and smoke
and lots of people sick or broke.

Now as we move around the sun,
we sashay into ‘21
which can’t be worse — or not; we’ll see –
as we’ll discuss iambically:

For some of us, the year will start
discretely spaced  six feet apart
unsure of when or even whether
we’ll move closer back together.

Soon our President of tweets
will be – let’s hope – out on the streets,
from which his ranting in ALL CAPS
should not disturb our winter naps.
His lackeys found no evidence
or even theories that made sense
and yet insisted votes were tossed
which was how come The Donald lost.
They couldn’t find in places gritty –
Philly and the Motor City –
any grounds to “stop the steal”
– though millions still believe it’s real.

(For real election fraud, you know,
that Minsk is where you ought  to go:
Results that would have made Trump gloat –
four-fifths of all the country’s vote –
made some assume, quite logically
it wasn’t really fair and free.
Will Blinken and the new Prez care
that Lukashenko’s still right there?)

Trump pardoned turkeys and Mike Flynn
(who lied to feds – is that a sin?),
Paul Manafort and Roger Stone
(how nice; they’ll never walk alone.)
Such empathy for the afflicted –
if they’re pals who’ve been convicted.
If his own fate is looking grim,
is someone going to pardon him?

So RBG was not immortal –
giving Trump a fleeting chortle –
now the court tilts to the right
(the Warren Court’s far out of sight)
the fruits of which we’ll have to see
though some folks have anxiety
as well they might; though fair to note
the new court did respect the vote.

No doubt the Prez was disappointed;
justices whom he anointed
tossed summarily away
junk suits from Texas and PA.
We’ll see what Amy Barrett meant
when she spoke well of precedent,
how far new justices will go
when they consider Wade and Roe.

Will we be missing Wilbur Ross
or Mr. Barr or Ms. De Vos?
Subtracting them, we’ll gain a lot
but Biden and his team have got
long months of adding to regain
the things we’ve seen glug down the drain.

Can anyone repair it all?
It may be soothing to recall
when ‘21 comes in the door,
we’ve had some troubled years before.
It wasn’t all so hot, you know,
a half a century ago:
the Papers of the Pentagon
were published – but the war went on,
between two landings on the moon,
the War on Drugs was launched that June.

Seattleites paid little rent
but joblessness? 15 percent.
when Starbucks opened its first store,
without a sign there would be more;
nobody then could have foreseen
a world-wide empire of caffeine.

Joe Biden won’t be getting soon
romantic notes from Kim Jung Un
although of course Kim’s Trump bromance
did not, it seems, increase the chance
that North Korea  would for Trump
cart all its warheads to the dump.

In Kabul, where the winter’s chill
it seems we’ll have a few troops still
while government and Taliban
make deals about Afghanistan
without a lot of sleepless nights
spent fretting over women’s rights.

Israelis and the UAE
will live it up commercially
and get together, if they can,
to plan some mischief for Iran
Of course, without F-35s
who knows how long the deal survives
and it is far from certain yet
just what the UAE will get.

Is this the year that 2-state dies –
which some would greet with tearless eyes –
and is this whole thing going to fail
if Trump’s pal Bibi goes to jail?

We’re real Americans – all sorts –
which means we don’t ignore pro sports:
Russ started cooking; he was hot.
the Hawks’ defense alas was not.
then suddenly, they switched the plot
– Jamal and Carlos  helped a lot;
it turned out that the D could play
as they made clear against LA.

The Sounders, Nico and the rest,
could not quite pass their final test;
they got one miracle, it’s true,
but not enough; they needed two.
So close and yet so far away;
now who will go and who will stay?

State tax breaks bought some time, at least,
but now the Dreamliner heads east.
The Max though’s finally back in flight.
The FAA says it’s all right.
But Boeing sales will not rebound
while customers stay on the ground:
The airlines won’t enlarge their fleets
as long as they face empty seats.

State voters gave Jay four more years –
though there are  skeptics, it appears:
let’s not forget – it’s worth a gulp –
two-thirds of counties went for Culp.
Both Bob and Hilary, no doubt,
were set to  run if he’d dropped out;
they now can spend four years on deck –
accompanied by Denny Heck.

If housed in West Seattle, you
may feel you’re stuck in Timbuktu.
That splendid, soaring bridge it seems
is coming open at the seams;
They stuffed epoxy in the crack
but still, they couldn’t hold it back.
They might have scrapped the whole damn thing
(cue sounds of registers: kaching!)
Instead, they’ll fix it – quickly, too:
perhaps by 2022.

So Jenny Durkan’s out the door?
(who’d want to stay there any more
while council members pander to
whoever is the brightest blue?).
Some say Seattle can’t be run;
it surely doesn’t look like fun
and yet we’ll see, as weeks go by,
a lot of folks would like to try.

Some think Lorena G will go
perhaps Bob H, Nikkita O.
Who will convey some mayoral heft?
Are lines still forming to the left.

Will schools stay open virtually?
Is that just how it has to be?
Is everyone about to crack
(I’m going nuts, so send ‘em back!)?
We know, we know, it’s dumb to skip
that long-delayed doc’s office trip;
but are we eager to peruse
worn magazines with last year’s news
in waiting rooms beside some guys
exhaling virus in our eyes?

Will live performance go the way
of silent films, back in the day?
For now, alas, “live” seems to mean
some folks performing on a screen.
For more than that we’ll have to wait –
and hope that it is not too late
for companies that never could
get many dollars to the good.

September brought us dusk all day,
until the smoke clouds went away –
should we expect next summer, too,
some air that’s thick enough to chew?
The climate’s changing – or it’s not,
but hey, the weather’s awful hot;
How many wildfires will it take
for some to grasp it’s not a fake?

It’s going to take some time, one fears,
to just undo the past four years.
Let’s hope that it can be undone —
keep fingers crossed for ‘21.

We know vaccines are finally here
though who’s jabbed when is still unclear;
Vaccine’s the way to go, for sure
and yet . . .  no progress toward a cure?

(Of course, we’d rather not begin
to talk hydroxochloroquine.)

Perhaps, if we get shots by June
our herd will be somewhat immune.
(What do immune herd critters do —
adjust their masks before they moo?)
When Fauci says the light is green,
nobody will miss quarantine
or struggling to guess the names
of people masked like Jesse James.

Cafes where we once liked to go
are dark and empty, as we know.
Let’s hope that some are coming back
– and they can function in the black
when virus positives subside
enough to let us dine inside:
though outdoor dining is OK
as long as there’s a sunny day,
its je ne sais quoi seems to decline
when you get raindrops in your wine.

But even if that takes a while
let’s find some reasons for a smile:
hear springtime peeping of the frogs
watch little kids with patient dogs,
see berries ripening in sun,
find shady trails on which to run.
See lilies in late mountain snow,
white trilliums in woods below,
pink rhodies in Olympic woods
and orange poppies in the hoods.

When autumn comes and days turn cold
drive east to see the larches’ gold;
those mornings when your coffee steams,
see big red fish in spawning streams.
In summer, wade in Puget Sound
when silver anchovies abound
(they look much better in the seas
than draped  across your pizza cheese.)

Let’s hope the new year swiftly brings
(among a raft of other things)
no Covid surges in the news,
no tales of crowded ICUs,
a chance to browse in aisles of books
drink bistro wine while garlic cooks,
unmasked without a bit of fear
because the coast is finally clear.

Dan Chasan
Previous article
Seattle’s 2020 Pause: U-Turns and Your-Turns
Next article
A Year-End Message from an Owl that Calls Your Name