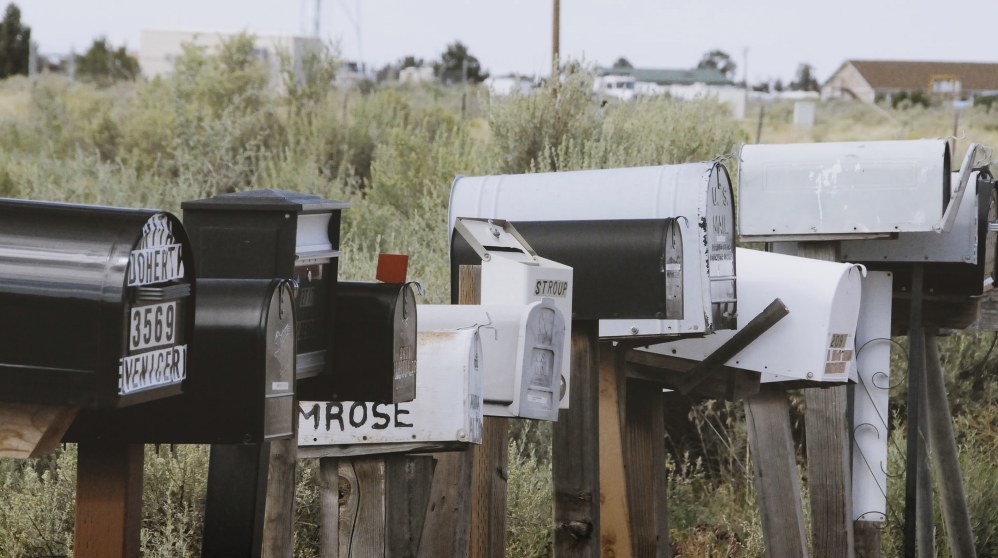 Lost Pleasures: The Art of Letter-writing

Sometime early in the year, maybe February, I asked a friend if he were open to some feedback. He responded with a cautious, “Yes.” I said, “Your email communication leaves something to be desired. Too cut and dried, too cryptic. You don’t share anything personal.”

“I don’t like email,” he grumped. “I like letters.” Thus began our pandemic correspondence. One of us posts a letter to the other about every three or four weeks. My wife accused me of having a “bro-mance.”

Based on this experience over the last ten months, I’m here to testify to a couple things. With a computer, writing letters isn’t that taxing. Faster and easier than longhand, but slow enough to invite consideration. Two, getting a letter is a different experience than getting an email or text. On finding an actual letter amid the scatter of catalogues and circulars, there’s an element of anticipation that doesn’t accompany any of the on-line alternatives. Opening, then reading, await the right time.

Reading a letter is more like savoring a fine wine, if your letter writer is at all good at the task, as is my letter-writing bro. Email is more like drinking your third cup of coffee. You’re already jittery and it doesn’t taste that good. Texting? It is like chatter, rapid, often vapid. Sometimes cute, but seldom considered.

For years I did write letters. I wrote home, to my parents weekly, well into the 90’s. My wife did the same, sending weekly letters to her parents. At some point, both sets of parents — now gone — gave us all these letters. They had saved them. We had no idea. I can’t imagine anyone printing off someone’s emails over a thirty year period, and turning them over as a record of the years.

Whether you save letters over the long haul as our parents did or not, a letter still invites a more relaxed contemplation and digestion. You can read it once. Then, if you chose, read it again. “Mmm . . . wonder what that means, exactly?” “Say, that’s a nice phrase.” “Listen to this, it’s really funny.”

A recent letter from my friend contained an original, if brief, poem by Alan Ginsburg, the king of the beat poets. My buddy had discovered it in an old letter from a college room-mate, tucked into a book on his bookshelf. His roomie had commissioned the poem in my friend’s honor. I guess Ginsburg was doing the poet’s equivalent of busking at the time. Still, a poem from Alan Ginsburg, written 50 years ago. It survived, on a piece of paper, stuck in a book, part of a letter, awaiting re-discovery.

Think of all the old letters found and the worlds into which they provide a key. Some from the famous, a few from the infamous. Most from the ordinary. As precious, certainly, as an ancient arrowhead or great-grandfather’s compass. They set you to wondering.

It’s the season of Christmas letters, which is a specific genre of letter about which we are allowed to feel ambivalent. The stereotypical Christmas letter brags of all the kids getting straight A’s, lettering in three sports, and regales us with tales of family vacations in the most exotic and adventuresome of places on earth (at least before the pandemic). Thankfully, such annual exercises in one-ups-man-ship, seems to have faded. Now more Christmas letters provide simple updates, commiserations about shared trials, and abiding hope.

But even these — the Christmas letter — invites reflection and savoring. You hold the thing. You savor it. You read it once. And if the spirit moves you, you read it again. You may discuss it with your spouse or partner. And you imagine all the connections as strings criss-crossing the map, even the globe, weaving and reweaving our bonds, strengthening our souls, in times of so much fraying. After the holidays are over you bundle the lot of them, not newspapers so much as lovepapers.

In the pandemic we have re-discovered some things previously lost or forgotten. A slower pace. Gratitude for the basics. Cooking at home. Time with those we say are “closest” to us, but who now really are. And maybe letters. Older, slower, words more considered, even cherished.

Write one. You won’t regret it.

Anthony B. Robinsonhttps://www.anthonybrobinson.com/
Tony is a writer, teacher, speaker and ordained minister (United Church of Christ). He served as Senior Minister of Seattle’s Plymouth Congregational Church for fourteen years. His newest book is Useful Wisdom: Letters to Young (and not so young) Ministers. He divides his time between Seattle and a cabin in Wallowa County of northeastern Oregon. If you’d like to know more or receive his regular blogs in your email, go to his site listed above to sign-up.
Previous article
Twin Peaks? Seattle and San Francisco Take COVID Housing Dips
Next article
Fascism Rising: America’s Institutions Face the Test