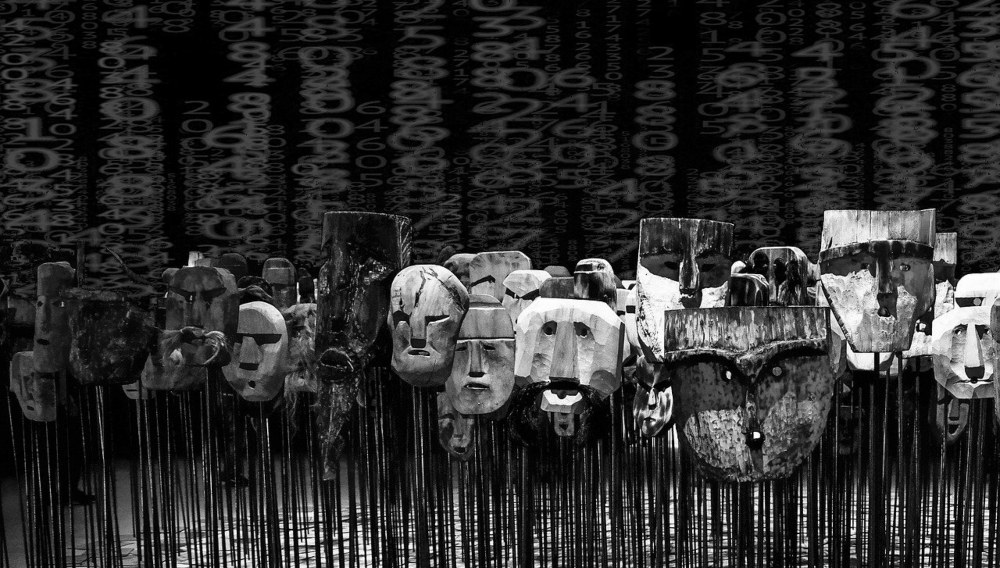 Since the media declared that former former Vice President Joe Biden won the presidential election, right-wing Trump rallies have declared that the election was a fraud and Trump’s win was stolen from him. Historian Timothy Snyder in his book “On Tyranny” argues that institutions preserve our decency, but they fall if citizens do not protect them. So how are we doing?

The Trump-appointed Director of Cybersecurity, Chris Krebs, was fired because he announced the vote across the nation “was the most secure in American history.” Krebs has since filed a lawsuit charging that Trump has initiated a campaign of intimidation, retaliation, and threats against Republicans who as state officials administered their elections. Trump attacked them for refusing to back up his unsubstantiated claims of massive election fraud. The national leadership of the Republican Party did not step forward to protect them. They were silent.

Trump, as president of our democratic republic, should be our national leader in citizenship. Instead, he has repeatedly refused to recognize that every judge he has asked to overthrow Biden’s victory, including judges he appointed as true conservatives, has concluded that his claims of fraud are baseless.

A couple of thousand pro-Trump anti-election protestors marched and rallied in Washington D.C. on Saturday, Dec. 12, two days before the electoral college made the president’s loss official. Washington Post journalists described them as maskless rallygoers cursing the Supreme Court, President-elect Joe Biden, and even Fox News for not recognizing Trump’s victory. Trump tweeted his implicit support of the demonstration, “Wow! Thousands of people forming in Washington (D.C.) for Stop the Steal. Didn’t know about this, but I’ll be seeing them! #MAGA.”

Police estimate that the crowd included about 700 Proud Boys wearing their colors of yellow and black, with a number of them dressed in body armor and helmets. Trump had previously asked them to “stand back and stand by,” hinting that he may need them to engage in some sort of physical struggle to assist him. The Proud Boys were reported to have marched through downtown in military-like rows, shouting “move out” and “1776!” At some point they burned a “Black Lives Matter” banner belonging to the Black community’s historic Asbury United Methodist Church.

Despite the Proud Boys being accused of damaging four Black churches in DC, supporters’ “strong Christian beliefs” appear to sustain Trump’s campaign to overturn the election. Addressing the gathering, conspiracy theorist Alex Jones, the host of Infowars, spoke of God and how Joe Biden “will be removed one way or another.” Another speaker, Black right-wing podcaster David Harris Jr., said if there were a civil war, “we’re the ones with all the guns.” Harris is a devout Christian who rails against authoritarian statism, secularism, and socialism as threats to a free society.

Protestor Ruth Hillary, 58, a pastor from California, is a prime example of the spirited foot soldiers in Trump’s camp. In an interview with Washington Post reporters, she said she would continue protesting and holding up her sign, “Stop the Steal,” as long as Trump believes she should. If he accepts a defeat, then she would too, “But right now, this is a Godly protest.”

Trump has founded and propagated an anti-democratic populist movement that appears more loyal to him than to our democracy. His supporters repeatedly proclaim that they are simply defending our constitution. But the verbal defense of a constitution or a republic, without acknowledging that both are sustained through a stable democratic process, is not enough to avoid moving toward tyranny.

One can trace this faulty, if not devious, strategy back two thousand years, when Caesar Augustus became Rome’s first emperor without ever proclaiming that he was. Instead, he took the title of first citizen, assuring the senate that his efforts were to save the republic, not to terminate it. We know how that went. The republic died, and never returned. In the period between the two world wars, fascism was created by Benito Mussolini, who had become disillusioned with socialism. Like any ideology or “ism” there will be many competing definitions. But in the end, all ideologies have a cluster of features that  describe them.

Author and professor Umberto Eco provided a list for fascism in his 1995 essay titled Ur-Fascism (Eternal Fascism). He begins by noting that fascism creates a cult of dogmatic tradition which leads to a belief that there is no need for additional learning, since the truth has already been spelled out. “Tradition” is then elevated to the point of conflicting with the scientific approach of critical thinking. Using a verifiable truth to argue against a traditional but unproven truth is seen as the work of a liberal intelligentsia betraying traditional values.

Consequently, we see protestors opposed to: 1) wearing face masks to mitigate the spread of the covid-19 pandemic because it’s just like the flu; 2) reducing industrial pollution to avoid climate change because the climate is always changing: and 3) accepting verified election results because it’s impossible that a Democrat campaigning from a basement office could get more votes than a president drawing in tens of thousands to his rallies.

Eco sees fascism seeking to build a consensus by exploiting and exacerbating the natural fear of difference. In other words, it is an appeal against the intruders, those who are new to our community, like immigrants, or who have been here but are seen as different, like people of color.

Those divisions easily lead to separating the general population into either deserving or undeserving communities. This is an attitude that has historically appealed to a frustrated middle class, and I would add a working class as well, particularly when suffering an economic crisis or feeling politically humiliated. The economic crisis of the working class has been unfolding for over 40 years as its members’ wealth and standard of living have stagnated, if not shrunk. And, who likes to be called a deplorable or an un-woke, ignorant person?

Another feature of fascism that is relevant to today’s political environment is what Eco describes as an obsession with a plot. That would be the conspiracy of the Deep State that predates President Trump and can be traced back to the John Birch Society that saw communists everywhere, including Republican President Dwight D. Eisenhower.

The conspiracy of communists still lives on for Georgia Republican Sen. Kelly Loeffler. She has repeatedly referred to her Black Democratic opponent Rev. Raphael Warnock as “radical liberal” often adding socialist to the label and accusing him of supporting communism. To the average Georgian voter, being accused as a communist is as close as it gets to being a national enemy. The Trumpite movement has been described as populist, but Eco sees fascism as promoting a popular elitism. Those that belong to it are the best citizens, those that do not are considered the enemy, whether accused of being a communist, a radical, or a liberal.

The features that Eco identified as conditions that could lead to a fascist movement are certainly present. Many if not most of them have been in America for a long time. But we have not before now had a significant homegrown fascist movement dramatically threatening our democracy. I think that is largely due to the durability of our citizens’ belief in our democracy. While politicians will come and go, those we like and those we don’t, we believe that the electoral system will continue to function. That is why democracies are a threat to authoritarian leaders.

A fascist movement above all opposes democracy. When the authoritarians took over Russia, Germany, and Italy, the first thing they did was to either abolish their legislative bodies and their independent judicial system or take them over with ideologically acceptable functionaries. Trump’s ability to throw out a legitimate election is hindered by not having an organization large enough and strong enough to do either. He could personally intimidate only so many Republicans.

Still, the Republican Party is currently under his sway, particularly at the federal level. So much so that 126 House Republicans signed onto an amicus brief submitted in the Supreme Court case seeking to overturn Biden’s victory. The most conservative Supreme Court in the past 70 years unanimously rejected Trump’s ploy.

As I wrote before, he will still try to overturn the popular vote when the electoral votes must be counted by Congress. And he will fail, even though his White House advisor Stephen Miller told Fox News that “an alternative” group of electors was voting in the contested states and were sending “those results to Congress.”

Trump’s final loss will not stop him from fanning opposition against our electoral process. Are his actions contributing to an emerging fascist movement? There’s not a real movement, yet. At this point there are no organized national paramilitary groups like the Free Corps that existed in Germany after WWI, but from the beginning of our nation’s founding there has been an anti-democratic subculture.

However, at times a political personality emerges who taps a well of discontent that cares less about how a democracy should work.  Donald Trump did it brilliantly, according to former long-time Republican strategist, Rick Wilson, author of Running Against the Devil. Trump exploited the grievance culture with messages that have powered past fascist movements, “Everyone is coming to get you.” and “You will be punished for not believing the right things.”

The task of deflating fascism requires addressing these messages through understanding the problems of all communities and working with them to arrive at workable and just solutions. That approach will take determination, persistence, and time in order to sustain our democracy. These are tasks that both parties must pursue.

This essay first appeared in The Medium.