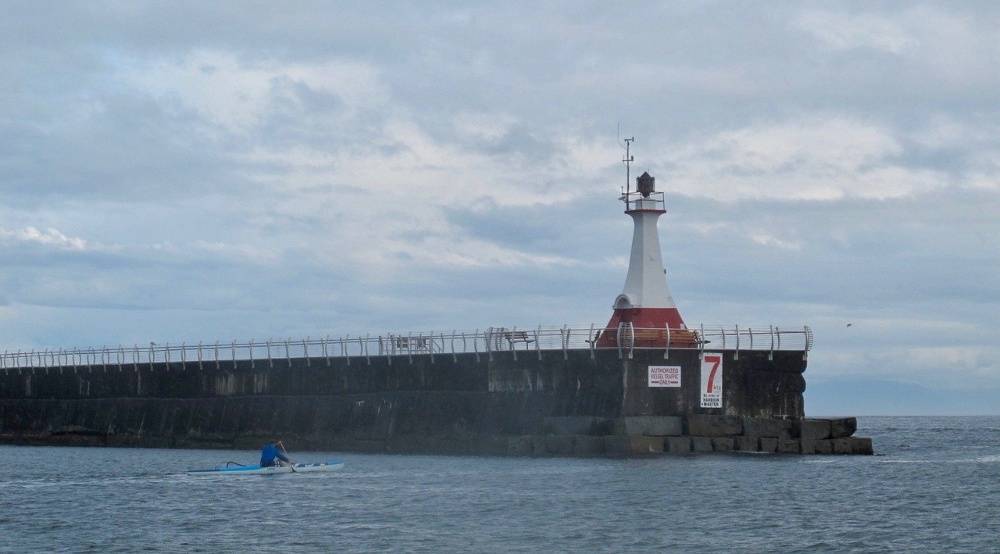 The Strait Poop: ‘Victoria Flush’ is No Longer

Victoria and eight other Vancouver Island communities have begun primary and secondary treatment of their human waste, ending a controversy over sewage dumping into the Strait of Juan de Fuca that lasted longer than Europe’s 30-Years War.

A $775 million (Canadian) sewage treatment plant, located in Esquimalt just west of Victoria, is being celebrated in video and news release by the Capitol Regional District, which long resisted treatment.  The CRD lived by the maxim:  The solution to pollution is dilution.  Victoria-area waste was screened and then dumped into the Strait of Juan de Fuca.

“We need these good news stories given the challenges we face over salmon and orcas,” Gov. Jay Inslee said in a conference call with British Columbia Premier John Horgan. Inslee was rudely blown off several years ago when he tried to raise the sewage dumping issue with Horgan’s predecessor, Premier Christy Clark.

The plant is “a long time coming,” conceded Horgan, noting that Victoria first started dumping sewage into the Strait back in 1894.  Cities on the Washington side of the water boundary installed treatment plants in the 1970s and chafed at discharges from the Clover Point and McCaulay Point outfalls across the water.

The issue hit the fan, so to speak, in 1991 with an article I wrote for the Seattle Post-Intelligencer.  It drew more immediate comment than the first Gulf War, being fought at the time. The Capital Regional District responded with the fury of a bureaucracy defending itself.  It insisted that the Strait of Juan de Fuca acted like a giant toilet, its fast currents flushing human waste. Critics countered by pointing out that the southern tip of Vancouver Island is a fast-growing corner of Canada, producing an ever-growing volume of refuse.

The official line held, despite such protests as a threatened boycott of the annual Swiftsure International Yacht Race over the Memorial Day weekend.  The Royal Victoria Yacht Club raised itself to old boy self-importance and insisted there was no “official sanction” of an alternative race. The Member of Parliament from Victoria, David Anderson, angrily protested at a pun-filled (“speech from the throne,” “privy council”) discussion of Victoria sewage on KCTS’ “Seattle Week in Review.”  Anderson was, at the time, Canada’s Minister of the Environment.

The initial breakthrough toward treatment came in the wake of Vancouver’s campaign to host the 2010 Winter Olympics. B.C.’s then-Premier Gordon Campbell declared: “The lack of sewage treatment for our provincial capital is an embarrassment for the people of British Columbia.”  Famed Olympic swimming medalist Elaine Tanner weighed in, saying:  “I find it eerily ironic that the province of British Columbia boasts of its natural wonders to seduce tourists far and wide. Yet, these precocious bureaucrats persistently and unabashedly fail to protect the very assets they exalt.”

While bureaucratic obstacles remained -– Esquimalt at one point turned down the treatment plant -– the provincial and Canada’s federal governments committed money to ease financial burdens of sewage plant construction.

The treatment campaign even inspired a memorable local symbol.  A Victoria graduate student, James Skwarok, dressed up as a six-foot-tall anthropomorphic turd, wearing a sailor hat and speaking in falsetto voice.  “Mr. Floatie” began showing up at civil meetings and parading along walkways in Victoria’s Inner Harbor. Floatie later tried to run for mayor of Victoria but was ruled off the ballot.  He claimed to be leader of a group called People Opposed to Outfall Pollution (POOP).

Progress was stopped up.  Mr. Floatie made his first appearance in 2004 and was officially retired in 2017, with plant construction underway. By that time, Skwarok was teaching school.  In full costume, he was escorted onto a Seattle-bound plane by Victoria Mayor Lisa Helps to announce the good news in 2017.

The 30-year waste treatment war came to an end for several reasons.  Victoria realized it was losing a public relations war and becoming a laughingstock.  New, more honest studies pointed to potential environmental harm of a larger sewage plume. Gov. Inslee and Premier Horgan have bonded on Salish Sea preservation, and other such causes as the need for high speed rail.

The new Wastewater Treatment Project treats poop from 300,000 people and nine communities:  Victoria, Esquimalt, Saanich, Oak Bay, View Royal, Colwood and Langford, and the Saanich and the Esquimalt and Songhees first nations. The ultimate costs were borne by the Government of Canada ($211 million, the province of British Columbia ($248 million) and the Capital Regional District ($316 million).

The Strait of Juan de Fuca is no longer a toilet.  In his phone call to Inslee, Horgan joked that the “Victoria flush” should have stopped in 1894.  Use of the phrase would have been frowned upon just a few years ago.

Joel Connelly
I worked for Seattle Post-Intelligencer from 1973 until it ceased print publication in 2009, and SeattlePI.com from 2009 to 6/30/2020. During that time, I wrote about 9 presidential races, 11 Canadian and British Columbia elections‎, four doomed WPPSS nuclear plants, six Washington wilderness battles, creation of two national Monuments (Hanford Reach and San Juan Islands), a 104 million acre Alaska Lands Act, plus the Columbia Gorge National Scenic Area.
Previous article
How the Doggerel went Digital
Next article
Meanwhile: Ideas for the Spaces between Engagements