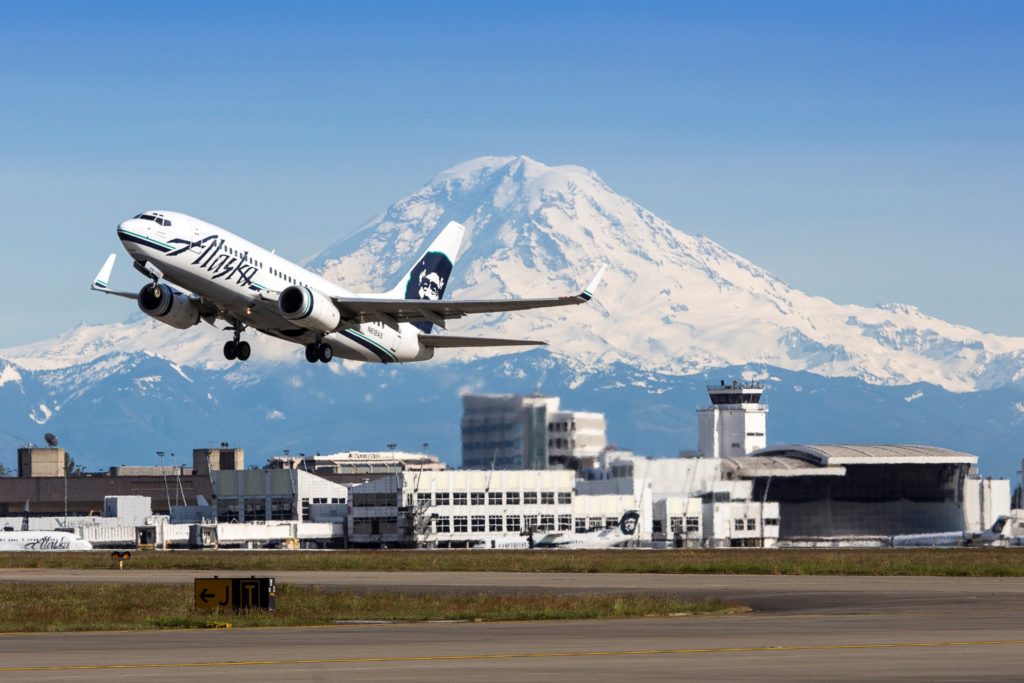 Air travel is one of the major sectors of the economy that continues to struggle to recover after the depths of the pandemic. Recent clampdowns on travel have not helped, but the trend of slowing recovery was already in place.

Not only are people reluctant to spend hours in an enclosed space with strangers, they are not too keen on doing the things that happen on the other end of the trip: business meetings, conventions, theme parks, tourism. So even if air travel itself has been shown to be a relatively low risk activity, it is not likely to recover until these other activities recover.

Figure 1 shows an index of airport operations—all takeoffs and landings—for SeaTac and for a total of 4,000 airports around the world. Each position on the line represents the number of weekly operations for every 100 operations during the week of February 24.

SeaTac is following the global pattern fairly closely, with operations picking up somewhat better than the global average. But flights peaked in August and have been falling since. Figure 2 looks more closely at the related ground operations at SeaTac. In addition to passenger counts, it includes vehicle traffic on the airport access road coming from the north, and ground transportation vehicle (taxi, shuttle van, etc.) trips through the airport parking facility.

Here we see that while flights dropped to about 30 percent of their normal level in April, passengers and ground traffic dropped to 10 to 15 percent of normal. In other words, activity at SeaTac came to a halt. And after some recovery, passengers and traffic have flattened in the past few months, just like operations. Also note that the spikes in activity in the 2019 lines, corresponding to high and low travel weeks, disappear in the 2020 lines: the optional travel that creates peaks and valleys has ceased.

If all this looks pretty grim, it is not as bad as elsewhere on the West Coast. Figures 3 and 4 show daily operations at the four largest West Coast airports from February through September, both as total operations and as an index base on February 24.

The flat lines since August do not bode well. With further travel and activity restrictions in place, continued corporate work-from-home orders and very little holiday travel, we should not expect to see strong recovery any time soon. The most recent inflation figures from the Bureau of Labor Statistics show that airline ticket prices are still down 20 percent year-over-year.

Michael Luis
Michael Luis is a public policy consultant who has been wrestling with housing, growth and economic development issues around Washington State for over 30 years. He is author of several books on local history and served as mayor of Medina.
Previous article
Trump and the Wrong Side of Evil
Next article
Trumpster Joseph diGenova’s Significant Washington State Legacy