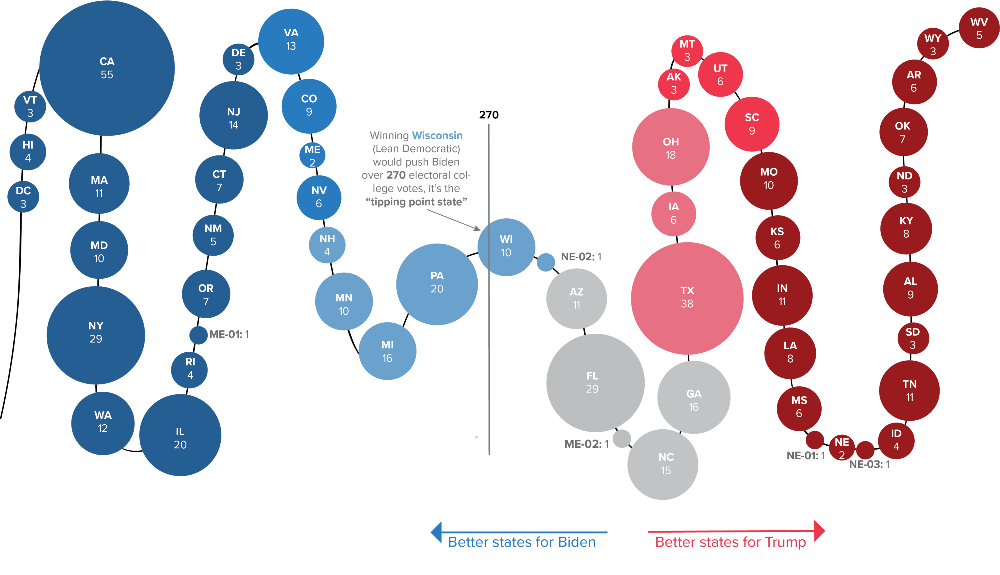 A Short History of the Electoral College, Messy From the Start

Attorney General William Barr has announced that he is authorizing investigation of voter fraud. Sen. Mitch McConnell stated that “until the Electoral College votes, anyone who is running for office can exhaust concerns.” Both these statements promise mischief before Inauguration Day, 2021.  The resignation of Justice Department’s Election Crimes Branch head Richard Pilcher, and his subsequent email protesting Barr’s abrogation of “the 40-year Non Interference Policy for ballot fraud,” likewise did not inspire hope.

The Non-Interference Policy advises federal prosecutors in each state to consult with the Election Crimes Branch before investigating possible irregularities but only after state votes have been certified.  This certification date is left up to the states, with Delaware’s being the earliest (Nov. 5) and California’s the latest (Dec. 11);  Hawaii, New Hampshire, Rhode Island, and Tennessee, along with the territories, have no set dates.  Barr’s authorization enables prosecutors to carry out investigations immediately. The potential for confusion and legal conflict is great, which is the point.

When people vote for president, they do not select a candidate but electors in the Electoral College.  In Article II (dealing with the Executive), Section I, the Constitution sets the number of each state’s electors as that of the combined number of its Representatives and Senators.  It also allows states to set rules by which electors are selected.  Washington has 12 electors appointed from lists supplied by political parties and approved by the Secretary of State.  In our state, electors pledge to vote for the candidate nominated by their party.  Each elector votes twice: for president and vice president.

In the 2016 presidential election four electors voted otherwise and were fined $1,000. Known as “faithless electors,” they sued, and the case went to the Supreme Court which ruled unanimously that they be required to vote as their state permits (italics mine).  Forty states have similar rules regarding faithful electors; others do not.  How much latitude do electors have for their votes? However much their state permits. Keep in mind that most states have Republican governors or legislatures. (As Mark Twain said, the people are never happier than when their state legislature is not in session.)

The Constitution sets the first Monday after the second Wednesday in December (December 14 in 2020) as the date when electors vote in the states.  The nearly six-week gap between November and December reflected transportation difficulties in late 18th century America.  Today’s Covid-19 pandemic poses similar problems.  Once the votes are certified, governors send copies by registered mail to the Federal Archivist, David Ferriero, a 2009 Obama appointee, and to the President of the Senate, in this case, Mike Pence.  It seems obvious that Trump gutted the Post Office budget to suppress votes but also to buy time.

The Electoral College was problematic since its troubled origin. An initial problem stipulated that the person getting the most votes became president and the person with the second most became vice president.  Vice presidential elections became chaotic, since you could elect a president and vice president from competing parties. George Washington quit his office in 1796 after two terms to avoid the rancor, but the situation only got worse.  The contested election of 1800 went to the House where 36 ballots were required before Thomas Jefferson was elected president. The Twelfth Amendment adopted in 1804 corrected some of the College’s shortcomings but not all.

Five times since 1789, electors have voted in presidents who did not win the popular vote.  The most egregious example being the 1824 election between Andrew Jackson and Martin Van Buren when Jackson won a plurality but not the necessary majority of electoral votes. It was alleged that Van Buren got the votes he needed by promising Henry Clay appointment as his Secretary of State.  Van Buren’s victory and the supposed deal stunned Jackson and shocked even politicians.   Jackson ran and won again in 1828, charging that his 1824 “election” had been stolen from him. The legacy of corruption persists.

On January 6, the Senate and the House meet in the Senate chamber to conduct the official count presided over by Pence.  At the end, they announce which candidates, if any, have won.  If no one has the needed 270 votes, the House will cast the deciding vote for president, but each state’s congressional contingent will have only one vote. Thus, California, with 55 House members, gets one vote, the same as Alaska and Wyoming, which each have only one House member.

No one can throw a fecal storm like Trump, and we are in for many weeks of turgid political melodrama.  Even if Biden and Harris manage to win, Trump will have further weakened the Constitutional underpinnings of government and its institutions which have been shown to be shockingly fragile.

On Inauguration Day, January 20, 1933, federal troops with machine guns watched closely from atop the great gray buildings in Washington D.C. as Franklin Roosevelt took the oath of office.  Fortunately, they did not have to shoot.   On January 20, 2021 we will hold an inauguration at the end of a process that has again tested the system.  The whole world will be watching.

David Buerge
Previous article
How Prepared are Our Kids for Kindergarten?
Next article
‘The 15-Minute City’: Desirable, But Not So Easy To Pull Off