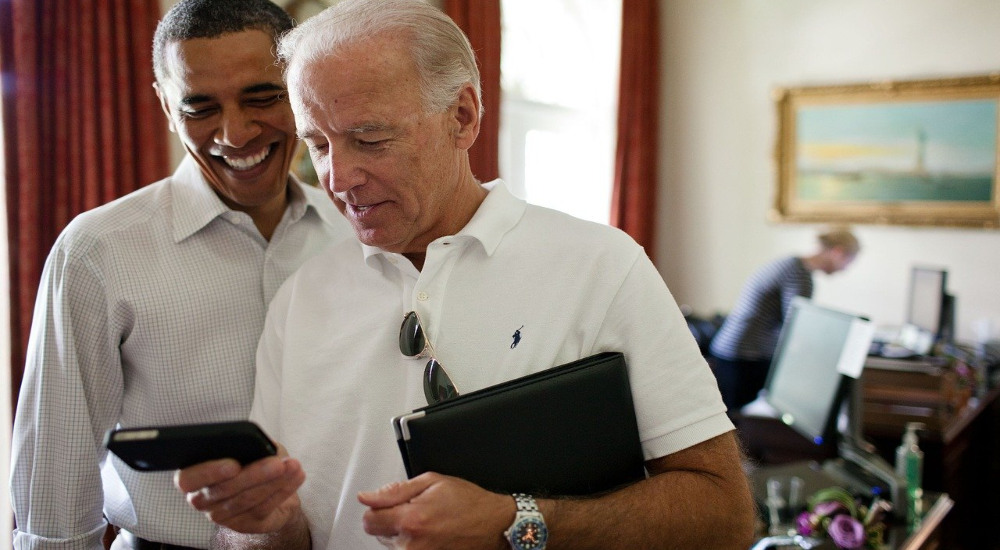 Joe Biden and the Art of the “New Humility”

There was a stretch in my work life when I spent a lot of time on airplanes. It was there that I came to understand “man-splaining,” even before I knew the term. Here’s how it worked.

There would be an attractive younger woman, perhaps in the captive middle seat. Next to her a guy who could be of any age, but was usually at least somewhat older. Before take-off he would begin talking to her (note I said “to” not “with”) — and not stop until the plane turned off it’s engines at the destination gate. And you could hear, from the tone, that this guy was “explaining” the world to someone whom he apparently thought needed his great enlightenment.

I might have been a candidate for this behavior, but was saved by my more introverted nature. While on a plane, I prefer silence to all but brief conversations. The constant drone of the man-splainer in the next row or across the aisle drove me batty.

Well, it seems that we have a new model for male behavior and it comes from an old man, namely Joe Biden. Joe ran what the NYT columnist Frank Bruni describes as perhaps the “most self-effacing” Presidential campaign in history. In doing so, Uncle Joe has changed his own garrulous, “talk-’em-to-death” style of the past. Bruni termed it “the New Humility,” noting evidence of it in Biden’s response to news of Pfizer’s COVID vaccine.

“He released a written statement about Pfizer’s reported progress toward an effective coronavirus vaccine, and its second sentence extended congratulations to ‘the brilliant women and men who helped produce this breakthrough.’” He directed attention away from, not toward, himself.

“He added this: ‘It is also important to understand that the end of the battle against Covid-19 is still months away.’ There was none of Trump’s overreach, the kissing cousin to self-congratulation. Biden was giving it to us straight. He was giving it to us humble.”

It could be that Biden’s less loquacious and more self-effacing style is part of his basic campaign message, “I am not Donald Trump.” Even if something had nothing to do with Trump he invariably managed to turn it into a way of talking about himself and always in the most self-aggrandizing of terms. “I’m the one who brought back Big-10 football.”

Bruni saw the same dynamic at work in Biden at the Democratic National Convention this summer. “His climactic remarks at the Democratic National Convention in August seemed to be the work of a team of people who had hung the most famous line from Trump’s boast to Republicans four years earlier — ‘I alone can fix it’ — on the wall of their writing room and resolved to produce its antonym.

“The convention itself was distinctive for how it kept turning the camera around so that voters, not Biden, dominated the frame. When there were Biden-centric testimonials, they described him not in heroic terms but simply as a decent, honest man. “’He was making clear that he wouldn’t rule as some self-obsessed despot,’ I [Bruni] wrote then. ‘He wouldn’t rule at all. He’d govern. It’s a different, humbler thing.’”

There’s a sense in which this is also a Christian thing. Call it self-forgetfulness. It’s not all about you — your wisdom, virtues or accomplishments (or problems or grievances). It’s about God and God’s grace toward sinners, some of whom are men who think they are the center of the universe.

St. Paul puts it this way in his letter to the Galatians (2:20): ” . . . it is no longer I who live, but it is Christ who lives in me. And the life I now live in the flesh I live by faith in the Son of God, who loved me and gave himself for me.” Yes, I know, some of us preachers do manage to become boorish in telling you just how “humble” we are. But Christian faith, at its best, points us beyond ourselves. It invites us to lose ourselves, as hymn-writer Charles Wesley wrote, “in wonder, love and praise,” so that we might be truly found.

It has been said that these days men, especially of the white variety, need to talk less and listen more. Joe Biden seems to be providing us a role model.

Anthony B. Robinsonhttps://www.anthonybrobinson.com/
Tony is a writer, teacher, speaker and ordained minister (United Church of Christ). He served as Senior Minister of Seattle’s Plymouth Congregational Church for fourteen years. His newest book is Useful Wisdom: Letters to Young (and not so young) Ministers. He divides his time between Seattle and a cabin in Wallowa County of northeastern Oregon. If you’d like to know more or receive his regular blogs in your email, go to his site listed above to sign-up.
Previous article
Six Reasons Inslee won’t take a job in the Biden Administration
Next article
Frank Blethen, Happy Warrior, Gives a Glowing Progress Report for The Times