After 54 years in operation, the Intalco smelter near Ferndale this summer stopped producing aluminum, put hundreds out of work, and sent shockwaves through the community. The pain cut deep but may point a way to cleaner, more competitive heavy industry.

International aluminum producer Alcoa announced in April that it was instituting a temporary closure — characterized as a “curtailment” by the company — of its Alcoa Intalco Works smelter. The 700-person operation was whittled down to 20 who are doing what Alcoa calls “care and maintenance.” It’s a job Alcoa spokesperson Jim Beck says is similar to keeping a long-parked car in working order.

Whether Intalco’s furnaces will ever fully fire up again, though, remains to be seen. For some local officials, including from the City of Ferndale and Whatcom County, that means it’s not too soon to start considering options for the industrial site should Alcoa make a permanent exit.

The Intalco smelter has operated at Cherry Point west of Ferndale since 1966. The smelter has long linked Ferndale and Whatcom County to a global supply chain that has helped revolutionize kitchenware, automobiles, and aerospace over the past 100 years. “Intalco is a huge part of our city’s history,” Ferndale spokesperson Riley Sweeney said.

Alcoa has considered scaling back operations at Intalco at least once before, announcing plans in late 2015 to lay off 465 workers in early 2016. Ferndale’s Sweeney said those layoffs were avoided thanks to government funding, but the threat signaled that business was no longer booming. “We’ve known Alcoa has been having problems for a while,” he said.

As for Intalco, Alcoa documents and representatives say the facility was operating in early 2020 at a steep deficit. It lost the company $24 million in the first three months of the year. Company representatives have said weakening demand, falling prices, and a global surplus posed challenges for the smelter. Smelters are also massive consumers of electricity, and rising power costs have been among the factors making U.S. plants less competitive.

Alcoa executives said even before the local smelter’s poor numbers in early 2020, Alcoa had put a new operating model in place that included considering closing, or divesting from unneeded facilities and shifting production in order to reduce operating costs. “The facility was uncompetitive,” Beck said. “Each facility has its own costs associated with it.”

Laid-off Intalco staff joined the ranks of the unemployed who this year swamped resources, from the state Employment Security Department (ESD) to WorkSource Whatcom to local food banks, mostly due to pandemic-related business challenges.

Port of Bellingham spokesperson Michael Hogan said there are specific concerns about the jobs and tax revenues lost with Intalco’s shutdown. “Our mission is economic development and we want jobs, and these are good paying jobs for our community,” Hogan said. “For county-wide economic health it’s a big hit. You look at the refineries and the whole of Cherry Point and its contribution to all the services that we’re able to provide, all the taxes generated — these industries and our manufacturing sector have a huge impact on the local economy.”

According to information reported to ESD under the federal Worker Adjustment and Retraining Notification Act, the Intalco curtailment has resulted in one the largest layoffs in Washington this year, following major layoffs from Boeing, Alaska Airlines and Hyatt hotels. At Intalco, between a reported 621 and 700 workers faced layoffs. The last time such a large-scale loss of jobs hit Whatcom County was when the Georgia-Pacific Corporation’s pulp and paper plant on the Bellingham waterfront closed. That cut about 1,200 jobs between 1999 and 2007, according to records kept by The Pulp and Paper Workers’ Resource Council.

Western Washington University’s Hart Hodges, director of the Center for Economic and Business Research, said compared to the Intalco curtailment, the Georgia Pacific layoffs occurred at a time when other institutions were growing locally, including the university and the hospital that is now named the PeaceHealth St. Joseph Medical Center. That provided a buffer to the regional economy that’s unavailable now.

“The closing of Intalco has had a major impact on our community,” Ferndale School District Assistant Superintendent Mark Deebach said. “The school district will most certainly feel the impacts of that through lost enrollment, tax revenue and local fundraising.”

For Ferndale itself the curtailment also has many implications, including for the small city’s identity — one strongly rooted in being makers of things, from aluminum to food items. “What’s unique about Ferndale is there’s not a lot of places that still make things,” Sweeney said.

One-third of the workers recently laid off from Intalco are Ferndale residents. The rest are no longer commuting through the city several days each week, and no longer fueling up their cars or grabbing a coffee along their way. “You can’t just lift that many paychecks out of a community of 14,000 people and not have every one of us feel the sting,” Sweeney said.

Hodges said that sting will penetrate regionally, too. The loss of those about 700 good-paying jobs could, by one estimate he provided, means another about 900 jobs in the area are also at risk because of the reduction in local cash flow. “The smelter contributed quite a bit to the regional economy,” Hodges said. “There are now fewer Intalco workers going to restaurants in the area or taking advantage of other services.”

Those efforts in July secured federal funding under the Trade Adjustment Assistance program, which protects U.S. workers who lose their jobs due to outsourcing, according to a news release from the union. The program offers extended unemployment benefits for up to two years while members participate in retraining, out-of-area job searches or other options. “So far my office has not heard any complaint from the 700 employees that they haven’t gotten the services they needed,” Sidhu said. “For me that’s a good sign.”

The union’s International President Robert Martinez, Jr., also pleaded with higher-level authorities including President Donald Trump to do more to help keep the local facility in operation. “The aluminum smelting operation at Alcoa Intalco Works is of particular strategic importance as it is the largest producer by volume in the United States. It is also the last remaining primary aluminum smelter in the Western United States, and is the only U.S. aluminum smelter with proximity to a deep water port and dedicated rail spur,” a letter from Martinez to Trump reads. “If this strategic facility is allowed to close, another nail will be driven into the coffin of the U.S. aluminum industry.”

The union said in a Sept. 9 news release that no response was received from the White House, leaving the Intalco smelter to potentially join the dozens of manufacturing plants that have closed during the past four years. “President Trump’s promises to stand up for U.S. workers, protect our jobs from leaving the country and bring our jobs home from countries like Mexico and China have been broken,” Martinez said in the release.

With the possibility of a full closure now on the horizon, some are considering future potential uses for the property in the industry-focused Cherry Point area. “Into the new year we would like to start talking about this: What are the possibilities? Could we recruit another company to take over the buildings, clean it up, maybe repurpose it and make solar panels, make windmills?” Sidhu said.

“The buildings are large and the buildings are in good shape. They have a lot of electricity, water, utilities, access to rail, access to ocean. All those things are available, so we believe that the best course of action for us is to make an effort to recruit different companies … and create jobs.”

An environmentally friendly industry such as renewable energy production is of particular interest because it’s a sector of growing demand. “California is going to ban selling gasoline vehicles in 2035,” Sidhu said. “Fifteen years go by pretty quick. So we see that there will (soon) be more and more emphasis on renewable energy.”

Alcoa is also making moves to reduce the environmental impact of its products, but whether Intalco could play a future role in that hasn’t been said. In September Alcoa announced expansion of its Sustana line to include EcoSource, an Aluminum Stewardship Initiative-certified alumina the company has billed as the industry’s first low carbon option. “EcoSource provides a unique opportunity for aluminum producers to lower their carbon footprint,” Alcoa President and CEO Roy Harvey said during an Oct. 14 conference call with stockholders.

Alcoa Executive Vice President and CFO William “Bill” Oplinger said during the conference call that low-carbon alumina will make it easier for aluminum smelters to cut their carbon footprint than by attempting to make large-scale changes to the facility’s power source or equipment. It joins the company’s other Sustana products — aluminum created with at least half recycled content and aluminum created with lower carbon emissions. “We will be the lowest carbon emitter amongst all the major players,” Oplinger said.

He and Harvey said that’s increasingly important because of consumer interests in sustainability, including greater understanding of the impact of generating aluminum food and beverage containers to paneling for electric cars. “The market for low carbon aluminum is continuing to develop. We are seeing more and more interest in this space,” Harvey said.

While Alcoa appears to be broadly making shifts to sustainable products and focusing its operations in areas outside of the U.S. — despite its headquarters remaining domestically located in Pittsburgh — the future of Intalco and the Cherry Point property it sits on remain unclear. The international company has previously closed two other operations in Washington state. In 2001, Alcoa closed its Northwest Alloys magnesium smelter in Eastern Washington and curtailed its Wenatchee Works aluminum smelter in Central Washington. The Wenatchee Works smelter was fully curtailed in 2015 and remains so, while the Northwest Alloys smelter property is now up for sale. Intalco may be next.

In a nod to the dimming industry that long put food on the tables of local workers, Sweeney said Ferndale plans to build a recreation space called Metalworks Skate Park. While Ferndale would welcome a restart of operations at the smelter, Sweeney said the heritage-focused park name is one way the city is preparing for the possibility that won’t happen.

Sidhu said for now he is operating on the assumption that restarting the smelter is not likely unless there is a substantial market change within the next few years. In the meantime, it’s worth considering a new vision for the site. “It is just speculative right now. They are not putting any firm statements to us that this is their final decision,” Sidhu said. “This is a multinational corporation; We don’t have access to what their decision making process is. But we can think about repurposing this plant.”

This article first appeared in The Salish Current news website, and is published with permission. 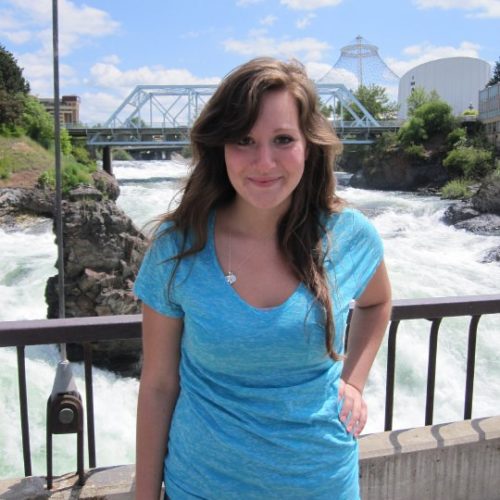