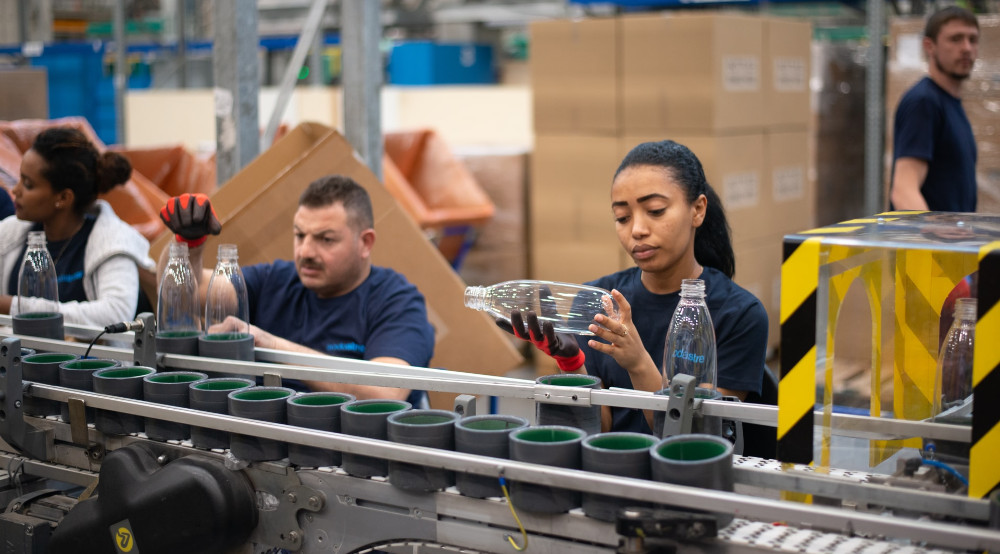 As anticipated from the slowing reductions in unemployment claims, the recovery in jobs in Washington has sputtered to a halt. Nationally, economists have been predicting that the recovery from the pandemic recession would hit a wall, and we have hit that wall in Washington. Outside of the Seattle area, the September jobs report shows exactly zero total gain in jobs. Things looked slightly better in the Seattle area, with a gain of 2,400 jobs between August and September.

Figure 1 shows, for King and Snohomish counties, for each month since March, the number of jobs in large categories that are below the number in February.

We see a steady regaining of jobs through August, and then a flattening between August and September. Within that flattening, there is some movement. Manufacturing jobs fell (the loss got larger) and jobs in the broad leisure and hospitality sector continued their slow recovery.

Oddly, during the same month, the unemployment rate fell from 8.4 percent to 7.4 percent statewide and from 7.3 percent to 7.0 percent in King and Snohomish counties. How can jobs be flat and the unemployment rate drop? Simple: fewer people looking for jobs. Labor force participation in the state fell by 56,000 people statewide and 20,000 in the Seattle area. Labor force participation has also fallen at the national level by similar amounts, and the reason is not obvious. The data is seasonally adjusted, so takes into account students going back to school and a drop in summer tourism-related employment (such as it is). But do remember that the employment and unemployment reports that come out on the same day are from two separate surveys, one of employers and one of households, that will differ due to sampling error.

The pattern that has emerged is, in retrospect, logical. Since the economy was very strong going into the pandemic, and since the federal government has made sure that the country is awash in money, jobs came back pretty quickly in the sectors that were less affected by concerns about contagion. And now we are left with the services sectors that stubbornly refuse to come back until everyone feels safe.

Michael Luis
Michael Luis is a public policy consultant who has been wrestling with housing, growth and economic development issues around Washington State for over 30 years. He is author of several books on local history and served as mayor of Medina.
Previous article
Awash in Disinformation, and a Rising Tide
Next article
Setback to Protect Endangered North Cascades Wolverines