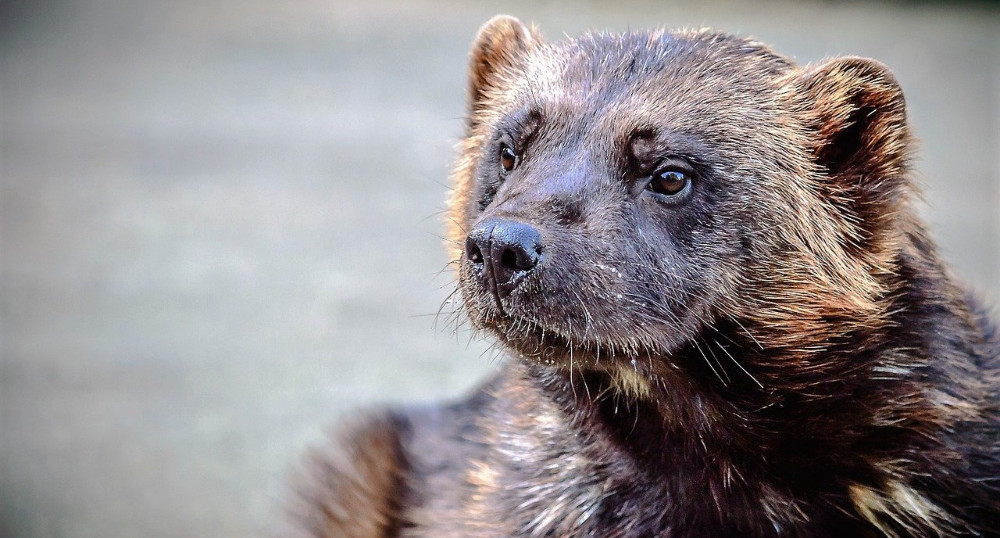 Wolverines have been showing up in unusual places lately. One was seen in California, another in Colorado, and one on the sand of Washington’s Long Beach Peninsula.  Where they haven’t appeared – and, if the U.S. Fish and Wildlife Service (FWS) gets its way, where they won’t appear – is on the federal endangered species list.

In 2013, the feds proposed listing wolverines in the Lower 48 states, where only a few hundred survive, as threatened.  In the Federal Register, FWS explained that “habitat loss due to increasing temperatures and reduced late spring snowpack due to climate change is likely to have a significant negative population-level impact on wolverine populations in the contiguous United States. In the future, wolverine habitat is likely to be reduced to the point that the wolverine in the contiguous United States is in danger of extinction.”

The agency tried to withdraw its proposal the following year, but environmental groups sued, and in 2016, a federal court in Montana ordered FWS to vacate the withdrawal and reconsider.  The proposal was on the table again.  Then, on October 8, the feds announced they were withdrawing it.  Five days later, a coalition of environmental groups filed a 60-day notice of intent to sue the federal government for violating the Endangered Species Act (ESA).

Wolverines are the largest members of the weasel family.  Your basic weasel is considered a fierce predator.  It weighs less than a pound.  A wolverine can weigh up to 44 pounds.  They are clearly badass.  They are also reclusive, and they don’t congregate in groups; the Washington Department of Fish and Wildlife explains that a wolverine’s range will cover anywhere from 77 to 770 square miles.  Although they’re seen in the Washington mountains, they’re not seen often.  Wolverines den in the spring in deep snow.  Climate change won’t do them any favors.

Human beings who have trapped them and destroyed their habitat haven’t done them any favors, either.  They once roamed the northern Great Lakes area, upper Maine, and mountains in the Southwest.  Now, the only known populations south of the Canadian border inhabit the northern Rockies and the North Cascades, plus Washington’s northeastern corner.  The lone animals seen farther afield are presumably young, wandering males, not members of breeding populations.

South of the Canadian border, only a few hundred wolverines survive.  Are they threatened or endanged?  That depends not only on whom you talk to but also when.  The feds have been going back and forth on this issue for a long time.  This is a saga that dates to the start of the current century. Actually, one petition to list the wolverine was rejected back in 1995, but the record of bureaucratic actions, litigation, and government reversals since 2000 is long and complicated.  There has been a long series of FWS attempts to avoid listing and court orders forcing the agency back to the drawing board.  Seven years ago, FWS proposed listing the wolverine.  A year later, it withdrew the proposal.  Environmental groups sued.  In 2016, a federal judge in Montana ordered the agency to vacate the withdrawal and reconsider.

The judge made made it very clear that he didn’t think science had much to do with the withdrawal, and made it also very clear why – in his opinion – the government had acted as it had: He observed that “[n]o greater level of certainty is needed to see the writing on the wall for this snow-dependent species standing squarely in the path of global climate change.”

“Why did the Service make the decision [to not list the wolverine]?” he asked.  “Based on the record,” he said, “the Court suspects that a possible answer to this question can be found in the immense political pressure that was brought to bear on this issue, particularly by a handful of western states.”  What do you supposed has caused the change?

The feds’ recent withdrawal of their listing proposal was reasoned, but the environmental groups that plan to sue don’t think the reasoning was very good.  “They really cherry-picked through the science,” says Andrea Zaccardi, a senior attorney for the Center for Biological Diversity, one of the environmental groups that signed onto the 60-day notice.  The feds argued that contact with the large wolverine population in Canada meant that the population in the Lower 48 wasn’t a distinct population segment and would keep being replenished by Canadian imports.

To this the environmental groups responded that the east-west Trans Canada Highway acted as a barrier to the north-south movement of wolverines, and that “the current rate of wolverine trapping in southern Canada is unsustainable and that trapping disproportionately impacts younger wolverines that are most likely to constitute the dispersers that FWS relies upon to ensure connectivity with the lower-48 population.”

The feds also cited research that suggested deep snow wasn’t the only thing that determined where wolverines would den.  The environmental groups pointed out that the research “demonstrat[es] additional selection criteria for wolverine denning sites, [but all of the studies also] demonstrat[e] that wolverines are cold-adapted, and none . . . disprove selection for late-spring snow. . . . More fundamentally, the Service ignores [the fact] that these studies . . .  reinforce the threat of climate change on the species which, by all accounts, is suited to a cold and snowy climate.”

If the courts finally force the feds to list wolverines, Zaccardi says, “the hope” is that federal protection will let wolverines’ population “expand to more of their historic range and create a meta-population of connected individuals.”

That could happen within Washington, too.  There aren’t a whole lot of wolverines in the state; they were essentially gone 30 years ago, and now there may be 20  These do not seem to be a recovering remnant of the animals that were killed off in the 20th century.  “There is some evidence,” says Dave Werntz, science and conservation director of Conservation Northwest, another group that issued the 60-day notice, “that wolverine extirpated are distinct genetically from wolverine recovering in the state.”  Instead, he says, “most of the recovery after last century’s persecution is the result of wolverine moving south into the U.S. from Canada.”

Even within the state, wolverines can expand their range and keep contact with each other – if we let them. Single wolverines have been spotted far south of the North Cascades, near Mt. Adams and in the Goat Rocks Wilderness.  Werntz says it’s particularly important to maintain “connectivity zones around Stevens and Snoqualmie Pass which are also recreation development focal points and crucial to wolverine recovery in the state.”

A federal listing clearly wouldn’t hurt.  What’s the chance that the FWS will be forced to re-think its non-listing of the wolverine?  If you look at the tangled history of the agency’s wolverine decisions, you’ll have to say it’s pretty good.  And what’s the chance that the reality or prospect of getting slapped down by a federal court yet again will be the end of it?  Again, if you look at the history, you’ll have to say it’s pretty bad.  And if you look at what the Trump administration has done to the federal judiciary, well, you’ll just have to hold your breath.

Dan Chasan
Previous article
The Job Machine Sputters
Next article
Blueprint for the Death of a Democracy: Where Are We?