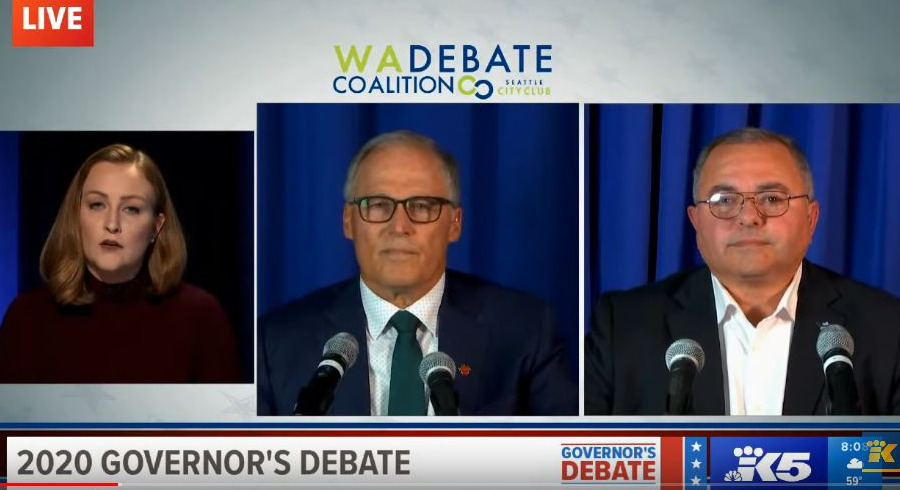 But for a police chief on a force of two whose signature issue has been refusal to enforce a law restricting assault weapon sales to adults 21 and older hardly bolstered confidence in elevating the backwater cop to the office of governor in charge of 68,000 state employees and an annual budget of double-digit billions.

Inslee, who maintained his cool against a fringe candidate who dropped out of high school, explained his virus-containment policies for the grown-ups watching the debate. The governor’s departing shot pointed out Culp’s failure to model responsible behavior with his hosting of mass gatherings without masks or social distancing in violation of pandemic policy.

Culp stood his ground on personal liberty as paramount in the state’s frustrated campaign to get Covid-19 under control. I doubt most Washingtonians were persuaded that god and guns will protect them from the worst public health crisis in a century.

Carol J Williams
Carol J. Williams is a retired foreign correspondent with 30 years' reporting abroad for the Los Angeles Times and Associated Press. She has reported from more than 80 countries, with a focus on USSR/Russia and Eastern Europe.
Previous article
And the MVP goes to… The Fly
Next article
Kamala Wins, But Mike Didn’t Lose