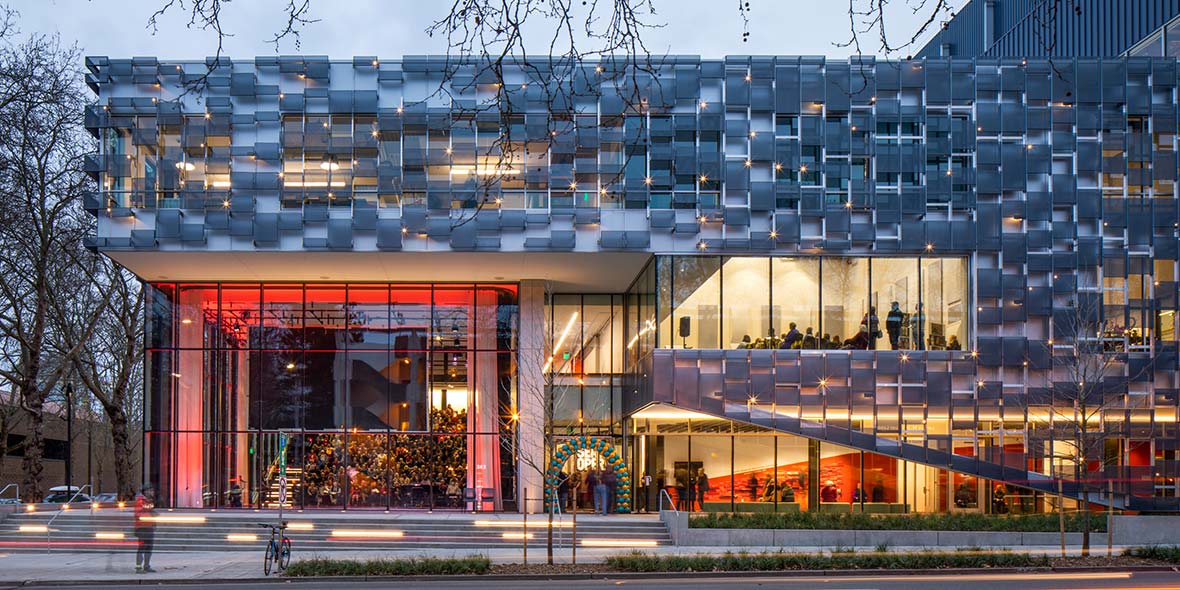 Latest news: Metropolitan Opera will cancel its entire 2020-21 season.  One interesting twist is the Met Opera is offering to resume paying employees in exchange for labor concessions in the future. I’m not sure if starting a labor war in Manhattan is the best technique, but at least the Met is searching for a more sustainable financial model.

And in Seattle? As far as I know, most of our arts organizations are just trying to hang on until the vaccine arrives, putting off the hard decisions that could remedy structural deficits and reach new audiences and donors. Key will be the most important fundraising months of November and December, and whether there is the unlikely arrival of federal money to tide over further. After that, an era of hard reassessment will set in. At last.

On the bright side, many Seattle cultural organizations are realizing one big opportunity that digital broadcasting brings — a wider audience and a new geography of customers. Post-pandemic, some Seattle institutions will have two audiences — the in-person attendees, likely paying higher ticket prices, and the virtual audience enjoying enhanced broadcast techniques and lower prices. However, that wider digital audience will have less loyalty and less reason to donate. But one of the big imperatives of the arts — improved access — will be accomplished.

But what about restructuring? What about finding ways (as many other cities are doing) to put on live performances, with audiences, even while pandemic rules apply? (One ploy being discovered: with smaller and spaced audiences, make your money from food and drink.) There are some embers glowing, but to my knowledge not a lot of hard decisions aside from layoffs. One major new factor disrupting planning is the uncertainty whether Seattle’s downtown will regain customers and the support amenities to make downtown cultural venues viable again.

The underlying, unreported reality of Seattle arts is that, even before the coronavirus hit, they were becoming unsustainable financially. Some like the Symphony still have deficits, though some others, like ACT, have retired their deficits. Most, except the Art Museum, lack big endowments. Many traditional donors, such as corporations and foundations, have shifted missions from arts to social justice. Government funding, always pitiful in this city, now mostly supports efforts to educate and reach out to nontraditional audiences. Such audiences, however, are fickle, less willing to pay high ticket prices, and less able to donate generously. Individual patrons like Bagley and Virginia Wright have departed, and the tech wealth is generally much less interested in the arts.

The likelihood is that Seattle arts will emerge from the current hibernation with diminished resources and lowered artistic goals. In short, Seattle will go from being an over-achiever in the arts (measured by our population) to something much closer to other mid-sized cities such as Phoenix, San Diego, Portland, and Milwaukee. And instead of our accustomed Big Five (Symphony, Museum, Opera, Ballet, Rep Theater), we’ll probably have (like Boston or Cleveland) a Big Two or Three. Not altogether bad: smaller-scale institutions can be more innovative, less dependent on box-office stars and broadly-appealing shows, more Off-Broadway.

Seattle arts have tended to flourish in spurts. Examples are the World’s Fair in 1962; the Ford Foundation grants of the 1970s which funded professionalization of semi-pro institutions (and then disastrously stopped such funding); and some major local foundations (Kreielsheimer, Paul Allen, Safeco, Burlington Northern); and the fundraising boosts that go along with capital campaigns (Benaroya, McCaw Hall, the three SAMs). Those are all spent forces, but might there be another burst? There are some idea lying around such as an international Summer Festival of Creativity, a recapitalization and governance shift at Seattle Center, a King-Couinty-led drive to address the aesthetic dustbin of the Eastside.

And where’s the money for such campaigns, or for that matter to help institutions to retool by becoming broadcast houses or by moving to better, shared, and cheaper quarters? That’s the rub. One of the wealthiest cities in the world is starving its cultural sector.

Again, there are some signs of new funding sources. Matthew Richter of the city of Seattle is exploring a new initiative to create a public development authority with money to buy (at a discount) spaces for arts groups. Inspire Washington is hoping to go to voters in various counties, using the new state-authorized ability to raise money by sales or property tax to fund a wide menu of cultural and heritage organizations. This idea, modeled on the admired Denver model for funding the arts, missed its hoped-for ballot position this November and may now be engulfed by other public needs. (Tacoma already has put in place such a model.) Another group is exploring an idea to float bonds to help arts groups borrow on favorable terms and thereby survive the pandemic and pivot to better financial models.

A key missing ingredient is leadership to make the case and assemble the coalitions for such initiatives. Here again there are some hopeful signs. ArtsFund has a dynamic new leader, Michael Greer, who might evitalize this crucial organization. 4Culture, the King County funding agency, also has a new leader, Brian Carter formerly head of the heritage funding for the agency.  At The Seattle Foundation, its relatively new president Tony Mestres is leading the organization into a new mode of arts support, outcome-based investment. Mestres brings to the job 14 years experience at Microsoft.  Some business leaders are pushing local foundations to do more for the arts and to reallocate money to this region, as is the practice in other foundation-rich regions like San Francisco and Boston.

It may be that Seattle, with its badly fractured civic politics, is no longer capable of big, broad-based efforts like the World’s Fair or the 1965-85 period when building an arts infrastructure was supported by City Hall and local businesses. The new path may be smaller-scale initiatives that begin to infect audiences, donors, and arts groups. A combination use for Seattle Childrens Theater? Seattle Theater Group takes over Intiman/Cornish Playhouse in the spirit of 12th Avenue Arts, combining housing and the arts? Vacant retail spaces become affordable homes for a new wave of performance? Georgetown or Rainier Valley becomes our new Greenwich Village? Seattle companies develop, like the Ballet, a second stage on the Eastside? Black Arts West comes back to life? The Symphony diversifies into chamber music and chamber orchestra ensembles?

Artistic renaissances are rarely planned or coordinated. (Bloomsbury in London, for instance, flourished when that region had a sudden drop in real estate prices.) So the best strategy for getting through this vast challenge to Seattle arts could well be to let flowers bloom, exploit the lower real estate costs and the broader digital presence, and think right-size. The old, bourgeois, and showy models are fading, maybe for good. Maybe, for the good.

David Brewster
David Brewster, a founding member of Post Alley, has a long career in publishing, having founded Seattle Weekly, Sasquatch Books, and Crosscut.com. His civic ventures have been Town Hall Seattle and FolioSeattle.
Previous article
Seattle Symphony: Reimagining, Reduced
Next article
The Tough Get Going: Will Mayor Durkan Stand for Re-election?