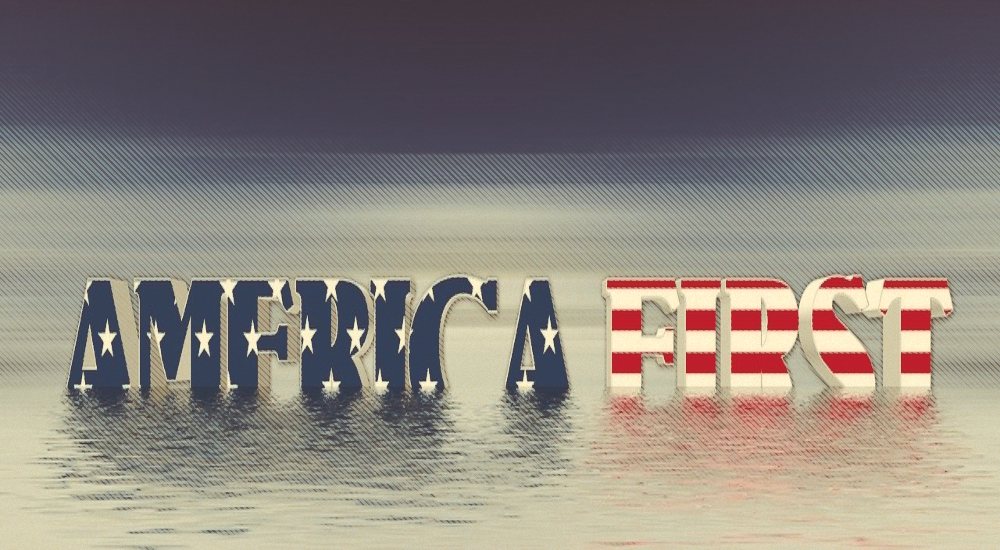 Now it can be Told: Trump’s America-First is a Big Bust

As I wrote recently for the Niskanen Center, Trumpism is a subset of a new world wide movement its supporters call “Nationalist Conservatism.”  This movement seeks to replace a system based on the values of liberal democracy with one based on loyalty to race, nationality, and culture. This ideology leads to specific policies – policies we can now see simply don’t work.

The core tenet of this new ideology is the rejection of “globalism” in favor of “nationalism.”  Specifically, this leads to support for four key policies: nativist restrictions on immigration, protectionist trade policies, isolationist foreign and defense policies, and populist, unrealistic, have-your-cake-and-eat-it-too economic policy.

I’ve argued that Trump’s immigration and trade policies are failing to deliver the promised results.  Here, I turn to foreign policy and economics.  Once again, we see that Trumpism just doesn’t work.

Candidate Trump thought that he knew better than all the Republican and Democratic Presidents, diplomats, and security experts who crafted America’s post war foreign and defense policy.  During the campaign he boldly said he would replace American global leadership based on a series of alliances with “America First.” Trump promised to make us safer by pulling back from “nation building,” getting tough on our allies, and improving relations with Vladimir Putin’s Russia.

Give him this: Trump has been true to his word.  He and his supporters would deny that America First is isolationism, but what do you call a foreign policy that consistently pulls America back from its global commitments? As Richard Haass, President of the Council on Foreign Relations, recently noted, Trump has been consistently isolationist

Haass writes: “Trump…has made a habit of withdrawing or threatening to withdraw from multilateral commitments. Even a partial list would include the Trans-Pacific Partnership (TPP), the Paris climate accord, the Iran nuclear deal (the Joint Comprehensive Plan of Action, or JCPOA), the Intermediate-Range Nuclear Forces Treaty, UNESCO, the UN Human Rights Council, the World Health Organization (WHO), and the Open Skies Treaty. Trump’s United States also refused to join a global migration pact or European-led efforts to develop a vaccine for COVID-19.”

Trump has consistently denigrated the greatest alliance system in modern history, severely damaging NATO and our Asian partnerships. Trump has withdrawn America from global hotspots, most notably by abandoning our Kurdish allies in Syria. As crises multiply around the world Trump has been silent, and no one even expects America to lead anymore.

The end of the cold war, and the painful Mideast wars which followed 9/11, caused many to question America’s defense and foreign policy, but now we have enough information to indicate that America First isolationism makes the world a more dangerous place.

The tragedy of Syria is a real-world example of isolationism in practice.  When the Syrian Civil War erupted, President Obama, himself a bit of an isolationist and leery of another Mideast war, rejected advice that we should help rebels topple Bashar al-Assad. Trump made a bad situation much worse by withdrawing forces and abandoning the Kurds.

America has largely stood aside in Syria and let events play out.  The result?  Russia, Iran, and Turkey have filled the vacuum, reducing American influence in the region.  Assad has survived.  And the turmoil caused a massive refugee crisis that has destabilized Europe and contributed to the rise of nationalism and authoritarianism. People say America can’t be the world’s policeman, but some neighborhoods need a policeman.  Syria is an example of what happens when America is absent or weak.

Standing aside and letting places like Syria burn is foolish.  Undermining the greatest alliance system in the history of the world is madness which invites disaster.  This isn’t complicated.  For 75 years NATO, and our Asian partnerships have contained Russia and China and prevented World War III.  Trump would love to pull the US out of NATO, but he can’t get away with that – yet.  Still, everything he says and does casts doubt on his determination to resist aggression, which, of course, invites aggression.  Putin has already invaded and occupied parts of Georgia and Ukraine. If he thinks he can get away with it, will  Putin move against NATO allies Montenegro, or the Baltic states?  If he does, by treaty, we are at war.  But Putin might take Trump’s words seriously and literally and gamble that NATO won’t fight. That’s how wars start.

An economy based on massive deficit spending doesn’t work either -– at least not in the long run.  Populists don’t like complicated solutions to difficult problems; they prefer to tell the people what they want to hear.  Four years ago, Donald Trump said we could have it all — a huge tax cut without any cuts to our major entitlement programs. Don’t worry he said, the tax cuts will pay for themselves, and stabilize Social Security and Medicare with all the new revenue created by growth.  It seemed too good to be true, because it was.

Trump inherited a growing economy.  A tax cut stimulus was not necessary, but Trump recklessly returned us to trillion-dollar deficits even before the pandemic hit. This level of debt is unsustainable, even for the mighty federal government. At some point the bill becomes due and that day is fast approaching.  Social Security may be insolvent by the end of this decade, forcing politicians to finally act.  When that day arrives, we will be faced with a crisis which could have been ameliorated by working to bring down the debt, rather than dig the hole deeper.

Americans want programs we just can’t afford given our current revenue streams. Solving this problem is going to require adults to do the hard work recommended by the Simpson-Bowles Commission of raising taxes and reforming entitlements. This level of governance is not something populists are even interested in.

There are many reasons to oppose Donald Trump’s reelection.  He is intellectually and temperamentally unfit to hold public office.  He is a wannabe authoritarian autocrat who seems determined to subvert the Constitution and the rule of law.  None of this seems to persuade his culture war MAGA supporters to abandon him.  But there are voters who actually care about policy and results.

And for those people we need to make the case loud and clear:  Trumpism does not work.

Chris Vance
Former Washington State Republican lawmaker and State Party Chairman. Republican nominee for the US Senate in 2016. Now an independent.
Previous article
Q & A with the Director of Seattle’s Office of Police Accountability
Next article
You’re Right – The Northwest is Loosey Goosey