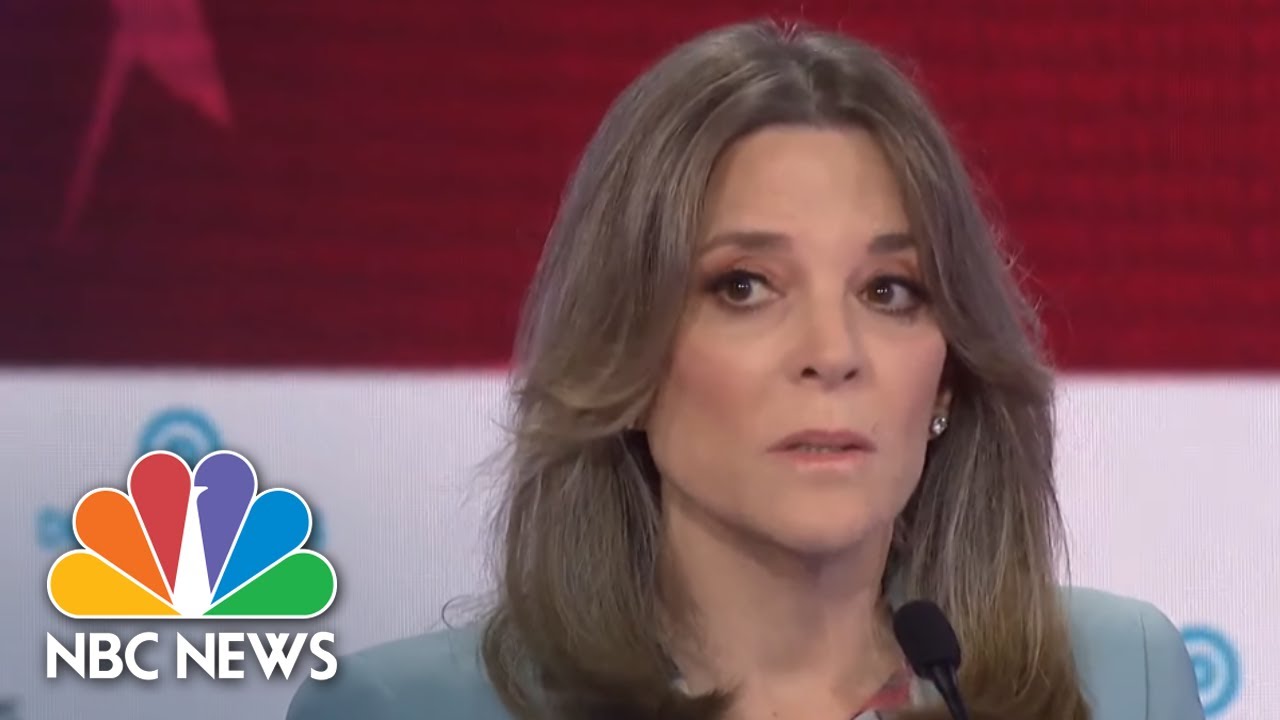 This Year’s Election: Not Just a Political Argument

Lately I’ve found myself thinking about Marianne Williamson. Remember her? She was among the 20 odd candidates for the Democratic presidential nomination in 2019.

But she was different. Not only because she wasn’t a politician. But because she saw our current situation as something more than a political problem. She saw it as a spiritual one, a spiritual crisis. It is true that Joe Biden has used similar terms, saying, “the soul of America” is what is at stake in this election.

But Williamson’s way of saying that we’re in a spiritual crisis was different. Remember her closing remarks in the first round of Democratic debates?

In that key line, she quotes the New Testament, specifically I John 4: 18. It’s the kind of line that we like to invoke, to quote, to nod to in pious agreement. And then not take seriously, as indeed, Ms. Williamson was not taken seriously by most of us.

But Williamson was right. The conventional ways of seeking to defeat Donald Trump and his cohort seem to founder time and again on the jagged rocks of Trump’s capacity to utterly dominate the airwaves and media, to distract attention from matters that matter, and to say and do evil things (“It’s rigged, folks, it’s rigged” — of the coming election) with impunity.

It is as if we as a nation are addicted to Trump, not just a man, but a demonic spiritual power. We are in the thrall of something that is uncanny in its grip upon us. We’re not dealing with something (or someone) who is operating by rational norms. Moreover, we seem unable to break this habit, to get free despite our best efforts, intentions and resolve to do so. We keep falling into the same traps of outrage, hatred and despair.

It’s time to revisit the wisdom of those who know something about addiction, and about recovery. Their strange wisdom starts with an admission of one’s powerlessness and need for help. I understand that this is un-American. To say such a thing, to admit our powerlessness and that our life has become unmanageable.  But look around. I’d say that seems pretty accurate.

In the Trump case, it is to say, with Marianne Williamson, that conventional means and practices alone won’t work. They aren’t enough. We are dealing, as Paul writes in Ephesians, with a different kind of adversary. “For our struggle is not against enemies of flesh and blood, but against the rulers, against the authorities, against the cosmic powers of the present darkness, against the spiritual forces of evil in the heavenly places.” (Ephesians 6: 12) Trump has, as Williamson said, “reached into the psyche of the American people and harnessed fear for political purposes.”

The starting point in dealing with such an adversary is to admit our own powerlessness. The powerlessness of our usual methods and mindset. It’s a starting point, not an end point. To end there is to give up. To despair. But in recovery circles that admission of powerlessness — I can’t do this by myself, by my own best efforts, by using the things that have always worked for me before — leads to step two and three.

We “came to believe that a Power greater than ourselves could restore us to sanity,” and then we, “made a decision to turn our will and our lives over to the care of God as we understood Him.”

If there was ever a time we needed a Higher Power, this is it.

Marianne Williamson, echoing I John, said that only love casts out fear. She said we needed to call upon a Higher Power, a power not our own to defeat this adversary. To “come to believe that a Power greater than ourselves can restore us to sanity.” She named that power. Love. Such an overused word. So often trivialized, sentimentalized. But the thing itself is not trivial or sentimental. It is powerful.

And then Step Three, the crucial step three, we “made a decision to turn our will and our lives over to the care of God as we understood Him.”

Marianne Williamson was right. We’re up against something that requires a different response. Remember the night that Biden’s campaign turned around, the win in South Carolina, and the speech he made then? He spoke of redemption, coming as close as he has at any point to reaching for a higher power and a different set of weapons, the weapon of love.

Biden needs to dig down deep to that level again. But not just him. All of us sickened and worried by Trump and his capacity to distort and destroy. What does it mean for you, for me, to let love take over, to let love cast out fear, to not allow ourselves to hate Trump and his enablers, but to access the power of Love for the living of these days?

Anthony B. Robinsonhttps://www.anthonybrobinson.com/
Tony is a writer, teacher, speaker and ordained minister (United Church of Christ). He served as Senior Minister of Seattle’s Plymouth Congregational Church for fourteen years. His newest book is Useful Wisdom: Letters to Young (and not so young) Ministers. He divides his time between Seattle and a cabin in Wallowa County of northeastern Oregon. If you’d like to know more or receive his regular blogs in your email, go to his site listed above to sign-up.
Previous article
How Bill Gates Sr. Told a Local ‘Titan’ to Back Off Starbucks
Next article
The Other Face Time: Why Reporters Crave Access