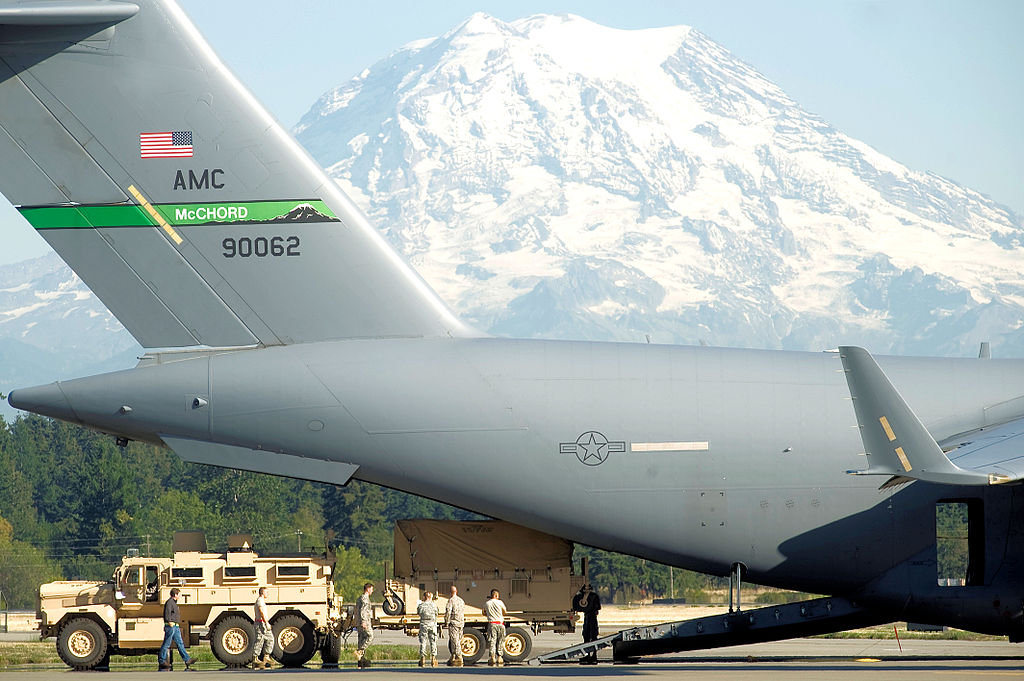 Where the Military is in Washington State

The military plays a larger role in Washington’s economy than you might think, if your view is from King County.

The surrounding counties all have large military installations–Army, Navy, Air Force–and when the impact of those bases is combined with defense contractors in the state, Washington becomes one of the largest recipients of defense spending in the country. Figure 1 shows the total defense spending, by state for both contracting and personnel.

Of the $9.7 billion in defense contract spending in Washington in 2018, about 80 percent went to the Boeing Company.

Washington State is home to a number of large military installations that employ tens of thousands of uniformed and civilian personnel, making it one of the largest concentrations of military activity in the country. Figure 2 shows the total personnel count for the 50 states by service.

Figure 3 puts the military personnel picture into the context of the state’s population. Among larger states, Washington is behind only Virginia and North Carolina in the share of its population in uniform.

Figure 4 shows estimates of personnel at larger bases in the state.

Pierce County hosts Joint Base Lewis McChord, while Kitsap County has bases at Bremerton, Bangor and Keyport and the shipyard at Bremerton. The Kitsap naval installations have large levels of civilian and contractor employment. Island County is home to the Whidbey Island Naval Air Station. Spokane hosts Fairchild Air Force Base. Snohomish County hosts the Everett Naval Base. About 400 additional active duty personnel are stationed at smaller installations in the state. National Guard personnel are counted by the county at which they are based.

Through multiple rounds of military base closures since the 1980s, the installations in Washington have mostly remained untouched. As bases elsewhere in the country have closed or downsized, operations have shifted to Washington bases. The overall shift of military preparedness to Asia should bode well for continued strength in Washington’s military profile.There will always be potential for clashes between expanding urbanized areas and military installations, particularly around aircraft noise.

Michael Luis
Michael Luis is a public policy consultant who has been wrestling with housing, growth and economic development issues around Washington State for over 30 years. He is author of several books on local history and served as mayor of Medina.
Previous article
Book Review: The Apocalypse Factory
Next article
Seattle’s Waterfront Is Remaking Itself, With a Dramatic Overlook Walk to the Aquarium