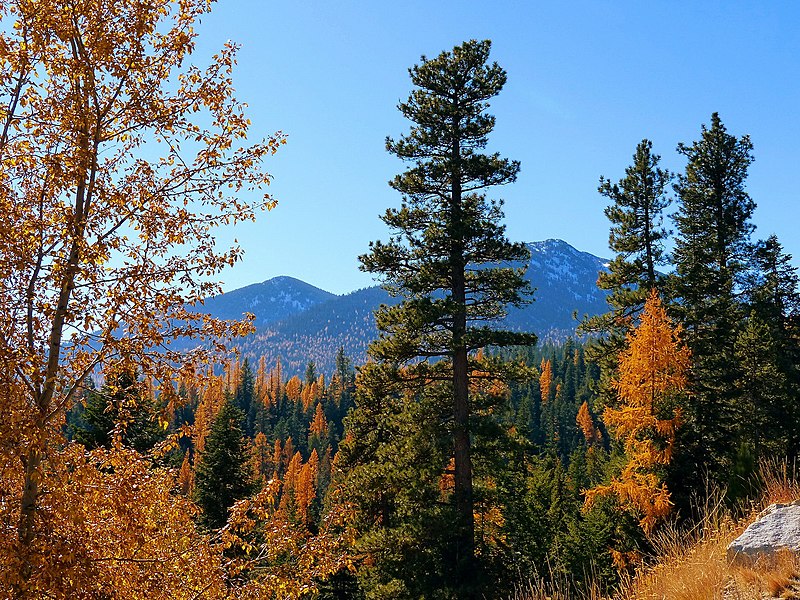 Lots of people around, here in the Wallowas, for this Labor Day Weekend. At the start of this summer, anxiety about the local economy and tourist season ran high because of COVID. Local leaders were pressuring Oregon Gov. Kate Brown to “open up now.” (At that time Brown was the subject of a recall effort that has since failed.) Then, as it turns out, this has proven to be a banner year for nearly all local business and county economy in general.

A lot of that owes to the out-of-doors being a generally safer place in the pandemic, as well as many usual summer options — music festivals, summer theater, county and state fairs, sports, large family gatherings — not being available this year. It may also owe something to the low numbers of infections reported here in Wallowa County (in contrast to nearby Union County in Oregon and Whitman County in Washington, both of which have been, at one time or another, hot spots.)

There are more cars parked at area trailheads than at any time in my memory. So lots of folks hiking and backpacking to what we call “the high lakes.”

Harvard historian Jill Lepore has a fascinating piece in the current New Yorker about being inside, as many folks have been more than usual in the pandemic. (Photo shows our cat, George, who is an inside dweller these days doing her best to imitate the watchful eye of the Pronghorn Antelope on the wall above her at the cabin.) “Is Staying In Staying Safe?” Lepore asks. Apparently not as safe as you might think. Lepore begins her exploration with a look at porcupines who when they have an inside slumber party constitute a “prickle” . . . and goes from there.

Here’s Lepore on our species and how we were becoming homebodies even before the pandemic lockdowns:

“Even before the quarantine, Americans and Europeans spent about 90 percent of their time indoors, as Joseph G. Allen and John D. Macomber report, in Healthy Buildings: How Indoor Spaces Drive Performance and Productivity (Harvard).

“Homes, cars, prisons, schools, buses, factories, trains, airplanes, offices, museums, hospitals, stores, restaurants: how much of your life have you spent indoors, not counting the quarantine? Multiply your age by 0.9. If you’re 40, you’ve spent 36 of your years indoors. About a third of that is time spent sleeping, but still. Most humans who live in the United States and Europe spend more time indoors than some species of whale spend underwater. It may be that the minutes you spent walking to and from the subway on a Tuesday in January tallied up to fewer minutes than a whale spent on the surface, filling its lungs, that same day.”

One of the contributing factors in the 1918 Spanish Flu Pandemic, according to Laura Spinney in Pale Rider, was that in a number of cultures people believed open windows, particularly at night, gave evil spirits access. In fact, it was just the opposite — open windows and fresh air being the healthier alternative.

I don’t know how I compare with those averages for being inside and outside, but I do know outside is where I prefer to be much of the time. Being here at our family cabin in the Wallowas means being outside a lot, whether in the mountains hiking, in the the lake swimming or just puttering around the cabin. This year I’ve planted nine new trees, adding aspens, tamaracks, a Rocky Mountain red maple, and a Norway spruce to our growing collection. We’re trying to do our part to keep earth’s tree canopy healthy.

Lest we get too comfortable with the warm days and outside activities, the temperatures will drop fast this week, with widespread frost predicated for most mornings. The pumpkins are on sale at the Farmer’s Market, as are home-made jams, jellies and pickles. All signs of autumn just around the corner.

Anthony B. Robinsonhttps://www.anthonybrobinson.com/
Tony is a writer, teacher, speaker and ordained minister (United Church of Christ). He served as Senior Minister of Seattle’s Plymouth Congregational Church for fourteen years. His newest book is Useful Wisdom: Letters to Young (and not so young) Ministers. He divides his time between Seattle and a cabin in Wallowa County of northeastern Oregon. If you’d like to know more or receive his regular blogs in your email, go to his site listed above to sign-up.
Previous article
Memo: The Iconic Baby & Co Is Closing Its Downtown Store After 44 Years
Next article
A Rash of Fires, Some Deemed Arson, Rages Through Rainier Valley