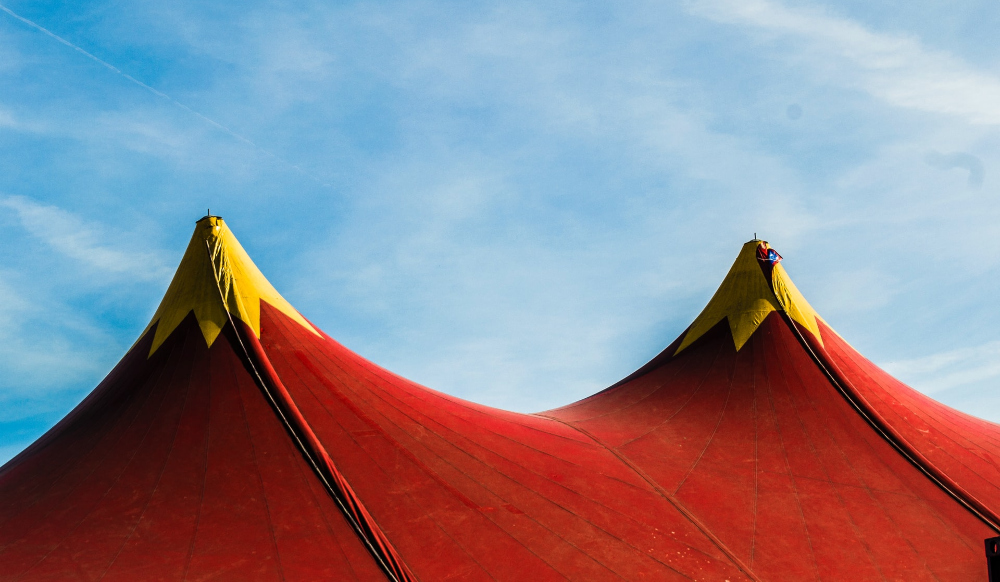 Covid Pushes Arts To Innovation. Will That Happen Here?

A story out of Atlanta depicts the way Atlanta Opera is not just waiting around for a vaccine but pushing for live performances right now. One step is to do programs under circus tents, an idea that is catching on elsewhere. Tents are roomy (allowing for spacing) and the flaps can be open (allowing for fresh air). The two live performances announced in Atlanta will allow seating of 240, with the tent set up on a baseball field.

The performances will be filmed and shown later to a paying audience. Prices for the live performance offer 4-person pods starting at $149. Digital viewers will pay as little as $50 for all six productions this season.

The article recounts: “The performances will feature orchestras of no more than 13 musicians, who will be socially distanced and separated by plexiglass. The audience will sit in pods that hold four, and masks will be required. The tent will allow fresh air to circulate throughout the venue.”

A more interesting innovation is to create a new kind of local opera company, built around notable singers who live in Atlanta. This kind of repertory company has the flexibility to put on all kinds of imaginative performances, and helps the local singers, whose gigs are now very few. And the lower ticket prices of this model will draw wider audiences.

All this reminds me of a trend in orchestras some years ago, which was to break them up into small and large groups, performing at small and large venues. This means players keep their chamber-music chops, play in conductor-free settings where they can be more creative, and are able to reach out to new audiences. May the innovation begin!

David Brewster
David Brewster, a founding member of Post Alley, has a long career in publishing, having founded Seattle Weekly, Sasquatch Books, and Crosscut.com. His civic ventures have been Town Hall Seattle and FolioSeattle.
Previous article
The Olympic Peninsula’s Hidden State Park Gem that’s Largely Unused
Next article
Shipped: Where the Containers are Going on the West Coast