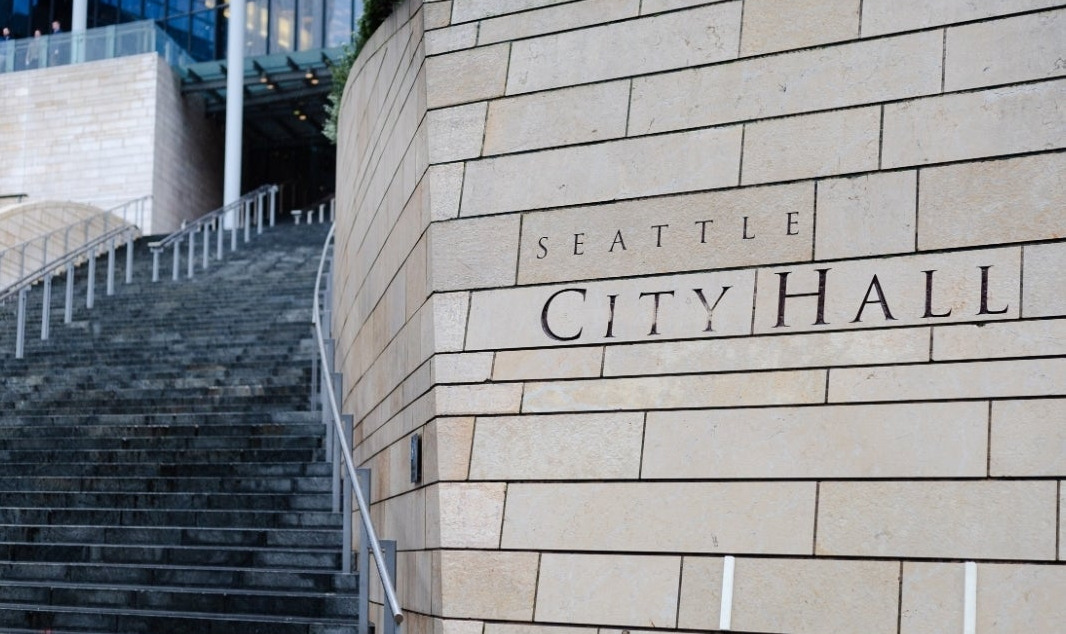 Time To Revisit The Way We Elect Seattle City Councilmembers?

Seattle voters elect seven (of nine) city councilmembers from districts and two from the city at large, all for four-year terms. The next election, November 2021, will vote on the two at-large seats, now held by M. Lorena Gonzalez and Teresa Mosqueda. That system has been in place since 2015. The switch from decades of citywide elections to selection by geographic districts was approved by voters in 2013. This hybrid system was sold to voters as a better way to represent and run the city.

However, there are signs that, after a couple of run-throughs, districts are not operating quite the way we expected. One observer — a highly-placed official at City Hall who must remain anonymous — said the unthinkable: “We’ve got to go back to citywide elections.”

“This system is the worst of worlds,” complained a prominent politician. “Yes, we elect candidates from geographic districts, but they end up paying allegiance to interest groups that helped elect them.”

“Districts are fragmented,” observed another critic. “How can you have a unified district that includes such diverse neighborhoods as, say Mount Baker and Rainier Beach? Or Magnolia and Belltown?”

What it adds up to — some say — is an unrepresentative city council. Some city watchers claim the system is unfair to poor and minority voters, as well as business interests. Awkwardly, Seattle’s council no longer has a single African-American member, though it has one Native American and three Hispanic Americans.

Back in 2013, district elections were sold to the voters after three unsuccessful attempts. Voters finally said “yes” after two business women (Suzie Burke and the late Faye Garneau) spent several million on an initiative. The two believed a new system — seven districts and two at-large councilmembers — would help elect more conservatives, and those more responsive to local interests. They were dead wrong.

The city’s seven districts were drawn by Richard Morrill, a University of Washington professor of geography. He split the electoral map strictly on the basis of population: each district consisting of some 87,000 voters.

Since Prof. Morrill drew that map some seven years ago, the city has grown by leaps, but grown unevenly. District 7, which takes in downtown, Queen Anne, and Magnolia, has seen a 37 percent increase in population. Meanwhile, District 5 in North Seattle has grown only 11 percent. Other districts fall somewhere between. The difference is not inconsiderable. That means a disparity between largest and smallest districts of around 22,000 voters.

Those lopsided districts are scheduled to be redrawn by an independent commission, but not until after completion of the 2020 census.

It helps to look back on how districting was initially sold to voters. At the time, backers argued that candidates would have fewer voters to reach and would be able to focus more on local concerns. They said: “We’ll finally be able to advocate for sidewalks.” They said more young people would be encouraged to run for office (which has happened).

Another argument was that it would cost less to mount a campaign. That idea, coupled with a 2015 councilmanic vote approving the city’s new Democracy Voucher system that caps contributions and gives every registered voter four $25 coupons to support candidates, was supposed to reduce money spent in elections.

Fat chance. Turns out that much more was spent. In the 2015 elections, total spending on the seven seats was $785,000. By 2019, expenditures ballooned to $4.2 million. The big difference was partly due to public funds, but mostly due to independent expenditures that were not capped in any way. Political action committees could spend heavily — and spend they did.

Unlike a candidate’s campaign, PACs aren’t transparent. ln the 2015 district election, PACs spent heavily on two candidates: First District candidate Shannon Braddock, who narrowly lost in the general election to Lisa Herbold, and the Fourth District’s Rob Johnson, who quit midterm to work for the ice hockey team. In the 2019 elections, Amazon dropped $1.5 million on business-oriented candidates, who — due to heavy backlash against Amazon — were mostly unsuccessful.

After the Amazon fiasco, Councilmember M. Lorena Gonzalez authored a law capping independent expenditures at $5,000 and prohibiting contributions from any company with as little as 1 percent foreign ownership. Gonzalez’s attempt to limit PAC money has yet to face a legal challenge, but seems certain to be tested.

Now there are rumors of a campaign forming to revisit citywide elections, going back to at-large positions or at least modifying today’s system. Some plans call for five geographic districts and four citywide seats or perhaps four districts and five citywide positions. People are talking about “doing something,” but whether a campaign to change the system materializes is still up in air.

At the very least the time has come to discuss how we select our councilmembers and how we ensure that voters can know who is spending to elect them.

Jean Godden
Jean Godden wrote columns first for the Seattle Post-Intelligencer and late for the Seattle Times. In 2002, she quit to run for City Council where she served for 12 years. Since then she published a book of city stories titled “Citizen Jean.” She is now co-host of The Bridge aired on community station KMGP at 101.1 FM. You can email tips and comments to Jean at jgodden@blarg.net.
Previous article
A Major New Canadian Container Port Looms To Threaten Puget Sound
Next article
The Olympic Peninsula’s Hidden State Park Gem that’s Largely Unused