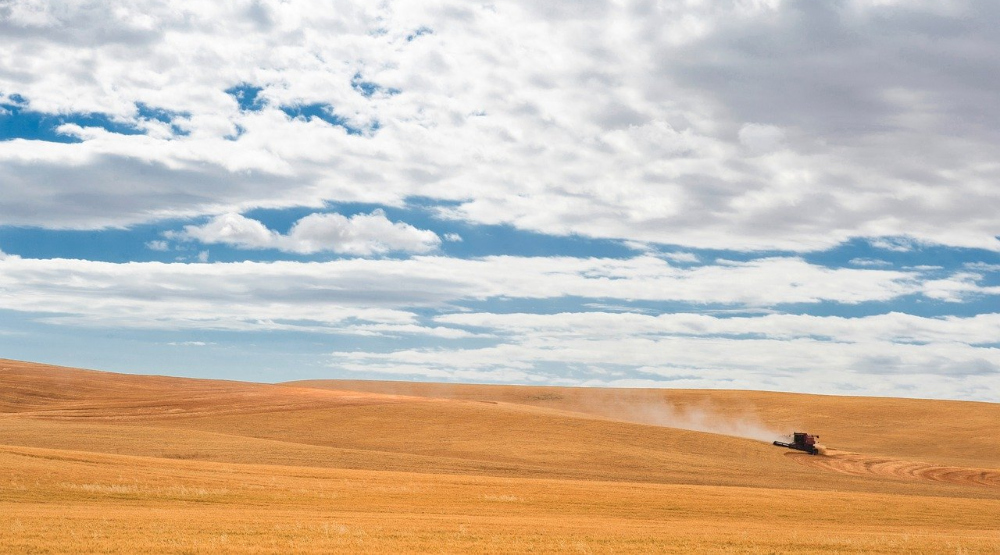 Power Ranking: What Will Washington’s Delegation Look Like in a Democratic Congress?

A 30-year-old Joe Biden entered the Senate in 1973, when Washington’s Sens. Warren Magnuson and Henry Jackson were at the height of their powers.  He may enter the White House 48 years later, with two other long-serving Evergreen State senators.

Our state’s congressional delegation was once a national model for cohesion, regularly scheduling breakfast together, hammering out objectives and assigning jobs. What’s likely in store for the delegation if Biden is elected our 46th president, and if Democrats recapture the Senate?

Its internal division is on display going into the election.  Leaders of the moderate New Democrat Coalition in the House, Reps. Derek Kilmer and Suzan DelBene, are backing former Tacoma Mayor Marilyn Strickland for the 10th District seat of retiring Rep. Denny Heck.  Rep. Pramila Jayapal, co-chair of the House Progressive Caucus, is supporting State Rep. Beth Doglio in the all-Democratic race for the “Denny District.”

The dean of the House delegation, 12-term Rep. Adam Smith, acquired real power when Democrats retook the House in 2018.  He is chairman of the House Armed Services Committee.  He represents the 9th District, Washington’s first majority-minority district.  Smith has easily dispatched Bernie Sanders supporters in 2016 and 2018, performing the public service of ending a comeback by former State Rep. Jessie Wineberry.

He has had health issues, but there’s no issue over Smith’s political health.  He was an outspoken defender of Capt. Brent Crozier, captain of the carrier U.S.S. Theodore Roosevelt, fired for going public with the COVID-19 outbreak on his ship.  A-list D.C. reporters phoned in to hear Smith.  He made a powerful argument that the Trump administration was beginning to politicize the Pentagon.

Will “Mr. Chairman” become “Mr. Secretary”?  Smith is a longshot candidate for Secretary of Defense in a Biden administration.  Twice before, however, with Rep. Les Aspin and ex-Sen. Chuck Hagel, Pentagon appointees out of Congress did not work out well.

The state’s two senators have gone opposite directions during the Trump Administration.

Sen. Maria Cantwell sits on three “A” list committees – Finance, Commerce and Energy and Natural Resources – and remains a productive legislator.  She is an architect of two bipartisan public lands bills that President Trump has been persuaded to sign into law.  The federal Land and Water Conservation Fund is guaranteed permanent funding thanks to the “Gentle Lady from Washington.”  She and Sen. Lisa Murkowski, R-Alaska, have broken the ice on construction of badly needed heavy-duty Arctic icebreakers.

Sen. Patty Murray, D-Wash., is up for reelection in 2022, marking 30 years in the Senate for a politician who still proclaims herself a “mom in tennis shoes.” The moniker is long out of date.  Murray has become an example of one of those long-serving senators to which she was once a refreshing exception.

She did nearly block Senate confirmation of an awful Trump nominee, U.S. Education Secretary Betsy DeVos.  VP Mike Pence had to block a 50-50 tie vote. Since then, however, Murray has practiced a kabuki dance of legislation.  She sends angry letters to Trump officials, knowing they won’t be answered.  Murray introduces legislation she knows will go nowhere.  Press releases in boilerplate language get churned out.  Oregon’s senators hold hundreds of town meetings in the field.  It has been years since Murray invited constituents to speak their minds..

In years past, from budget deals to wilderness bills, Murray has had a talent for spotting room for compromise.  She did a deal with Paul Ryan while chairing the Senate Budget Committee.  In the minority, however, Murray has mainly joined fellow members of the Democratic leadership in complaining. She is shielded from the new media, with events featuring only people who agree with her.

A burn-out case?  Well, Sen. Magnuson was once revitalized by a close-call election,  and emerged from it as a consumer advocate and architect of the public accommodations section of the 1964 Civil Rights Act. “Maggie has Soul” buttons emerged in his next election.

Murray needs to be reinvigorated or replaced.  She is up for reelection in 2022.

The Bernie Sanders wing of the Democratic Party has, in Jayapal, a player in Congress.  After the 2018 election, she negotiated choice committee assignments for progressive newcomers, and then endorsed Nancy Pelosi for House Speaker just when it appeared Pelosi would face opposition. Left-wing challengers have popped up against Derek Kilmer and (repeatedly) Rep. Rick Larsen.  The primary foes this year showed more excitement over  the Capitol Hill Occupied Zone than in districts they proposed to represent.

Kilmer is emerging as a quiet force in the House.  He was able to get bills passed even in the minority.  He has succeeded in getting the House to pass his Wild Olympics bill, sure to emerge if Democrats capture the Senate.  He has headed a bipartisan panel charged with making the House operate more efficiently.

The growth of Central Puget Sound will bring boundary changes with the 2020 Census. After 38 years of effort, Democrats finally captured the 8th District with 2018 election of Rep. Kim Schrier.  Will the district jettison Central Washington counties, and become another West Side district?  Will the census bring changes to the suburban-rural 1st District, designed as a “swing” district but firmly held by DelBene?

DelBene is a member of the tax-writing House Ways and Means Committee, a coveted committee post captured by 8th District Republican predecessors Reps. Jennifer Dunn and Dave Reichert. The Democrats held hopes of boosting a 7-3 House advantage to 8-2 this year, based on a 3rd District rematch between WSU-Vancouver professor Caroline Long and low-key GOP Rep. Jaime Herrera Beutler.  Herrera Beutler took the primary handily with more than 56 percent of the vote, with Long under 40 percent.

Southwest Washington has emerged as a dead zone for the Democrats.  Its “rust belt” history is far removed from Gov. Jay Inslee’s green energy dreams.  Inslee is not around very often. A Biden election may see history repeat itself in this corner of the country.

Sen. Cantwell holds Scoop Jackson’s old seat, and will likely chair his old Senate committee, now called Energy and Natural Resources.  She will be an influential player in any move to redirect U.S. energy policy toward renewables. It’s hard to envision her in a red skullcap, but Murray will be part of the “college of cardinals” – Appropriations Committee chairs — in a Democratic-run Senate.  She could chair the committee – as Magnuson once did – pending Sen. Patrick Leahy’s decision on whether to take Judiciary or Appropriations.

The old delegation cohesion is history.  The rivalry between Berniecrats and “corporate Democrats” (as they’re known on the left) is likely to go on. But there is power in the delegation from this Washington, sure to be unlocked if Democrats control Congress.

Joel Connelly
I worked for Seattle Post-Intelligencer from 1973 until it ceased print publication in 2009, and SeattlePI.com from 2009 to 6/30/2020. During that time, I wrote about 9 presidential races, 11 Canadian and British Columbia elections‎, four doomed WPPSS nuclear plants, six Washington wilderness battles, creation of two national Monuments (Hanford Reach and San Juan Islands), a 104 million acre Alaska Lands Act, plus the Columbia Gorge National Scenic Area.
Previous article
How To Get Beyond The Stalemate Of Seattle Politics
Next article
Going Postal: Civic Lessons Offered Free