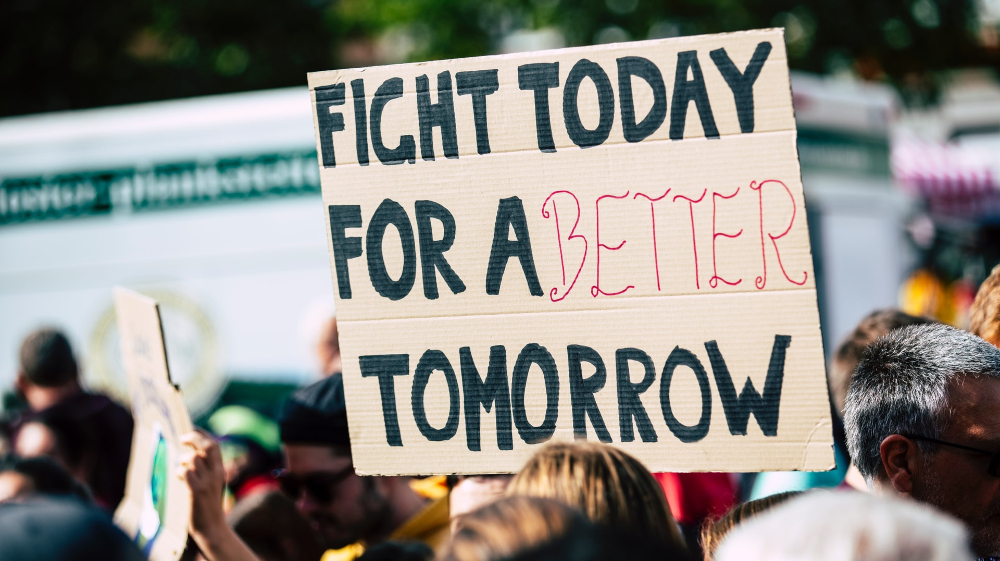 How To Get Beyond The Stalemate Of Seattle Politics

Nationally, there is a dispiriting stalemate between the two national parties. In Seattle the echo is the intensifying shooting war between the Left and the Libs. Here we are going into a recession, struggling with a pandemic, facing a high-stakes showdown over race, and about to run out of public money. And we’re stuck. We’d rather shoot than solve.

One way to frame this is to consider the plight of Mayor Jenny Durkan. Steeped in Seattle progressive politics as she and her legendary political family are, Durkan spent the first three years of her mayoralty looking for the liberal center. That’s a reasonable quest, since the combination of unions, greens, liberal lawyers, and progressive business interests has driven Seattle politics since it woke from its low-taxes/few-programs slumber in 1967.

But that’s gone. I trace its demise to the defeat of the Commons, the Last Hurrah for the liberal gentry. Key mediating institutions of middle-class reform such as the Municipal League and the League of Women Voters have shriveled. Party control is weak, so self-starter candidates get elected and struggle to master governance. The media have chosen up sides, as conflict still sells papers. Instead of a Center-Left Consensus, we have a Left-Lib stalemate.

Accordingly, Mayor Durkan after desperately seeking a reasonable negotiating partner in the CHOP leaderless tactics, gave up and started to draw hard lines with the Left-dominated city council by getting out her veto pen. There is a temporary summer truce, prompted by the council embarrassment for driving Police Chief Best from her post. But we have a long way to go to get back to effective legislating. Councilmembers have given emotional pledges to The Street. The bitter 2021 budget battles are about to commence. Add to this the striking inexperience of the Seattle council — and I’m not optimistic.

There are people trying to mend our stalemated politics, and below are some of the remedies out there. Some, like recalling the mayor or Councilmember Kshama Sawant, are wastes of time, unlikely to do much more than escalate the weaponry. Others, like deep defunding of the police, are destined for the sausage grinder of competing claims on that money. Not to mention the impregnable police castle.

So let’s get real.

1. The 2021 Election. There are three key Seattle races 14 months from now (and maybe an open race for King County Executive). The two councilmembers are Lorena Gonzalez and Teresa Mosqueda, both running citywide. Both might choose to run for mayor (Gonzalez pines for the post and Mosqueda would be labor’s choice), so their seats might be open. Both are too liberal for a citywide vote, though Gonzalez initially won her seat by charming business, and Mosqueda recently tried on her payroll-tax proposal. Replacing them with experienced, effective, new-blood, new-idea candidates would change the council dramatically. Mayor Durkan is also up for re-election, but many doubt she will want a second term (or could win) — hence another likely open seat.

2. A new ruling coalition on the council. Sawant (Central District)and Tammy Morales (Southeast Seattle) are the left, revolutionary flank, usually joining (under protest) the other five progressives on key votes. Debora Juarez (Far North) and Alex Petersen (U District, Northeast) are the north end moderates.  That leaves the dominant 5-vote bloc of Gonzalez, Mosqueda, Lisa Herbold (West Seattle, a swing district), Dan Strauss (Ballard, Fremont), and Andrew Lewis (Downtown, Queen Anne, Magnolia very much a swing district). Strauss and Lewis, both young and finding their feet and feeling embarrassed about the Chief Best comeuppance, could make common cause with Juarez and Petersen, and then go find a fifth vote (Herbold or Mosqueda) to create a new ruling center of the council. Big political risk, given the take-no-prisoners style of the Sawant brigades, but also a big change.

3. Mayoral positioning by Gonzalez. She is council president (and in line to be mayor if Durkan leaves early), so she might want to turn “mayoral” and appeal more broadly beyond her labor/diversity base by negotiating deals with Durkan and shedding some of her “street politics.”

4. Labor steps up. With so many other power-brokers deflated, labor unions have the funds, the volunteers, and the political clout to be the deciding and tempering factor, particularly in the recession and if Boeing jobs leave the region. Unions control the council (and the school board and Gov. Inslee), but they mostly push their own issues, not broader statesmanship. Unlikely, but the unions do have more leverage than any other group, and they may want to guide the council to a more politically sustainable posture.

5. Creating a new center for Seattle politics. The 2019 election, with business-backed, weak candidates, had too many retreads and not-ready-for-prime-time newbies. Amazon crushed the chances for a more pragmatic council by its blundering big donation. But things have changed, particularly with the recession. Downtown is dire; we could lose arts groups; the citizens are stirred up for real progress on racial justice and police reform; the West Seattle Bridge makes clear the huge needs for infrastructure.

The key is to appeal to the young, the new-in-town, ethnic groups, and rising elites, who want to push aside a discredited old order, and are suspicious of “performative politics.” My sense of younger activists is that they are impatient with incrementalism and diversity tokenism (they don’t just want more seats at the table, but driving the table). One way to give birth to this new coalition and new agenda is to create a lively think-and-action group with strong appeal to the young, the techies, and ethnic energy.

Remember, political reform is basically a rising elite pushing aside a fading elite. There are two old orders to displace: the old establishment of Seattle, and the Boomer Establishment that talked a better game than it performed.

6. The Jim Ellis approach. The master of local politics passed the big Forward Thrust bond issue (transit, parks, roads, stadium) by assembling a coalition that worked to pass the measure because each group was going to score a pet project. Similarly, when Mayor Norm Rice convened an Education Summit in 1990, he got buy-in on the difficult political task of modifying forced busing by promising a new annual flow of money, the Families and Education Levy, to fund after-school issues. So wave some big money around and forge consensus over these “gets,” rather than just punishing business or the wealthy.

David Brewster
David Brewster, a founding member of Post Alley, has a long career in publishing, having founded Seattle Weekly, Sasquatch Books, and Crosscut.com. His civic ventures have been Town Hall Seattle and FolioSeattle.
Previous article
Worried: Are Protests Driving Voters toTrump?
Next article
Power Ranking: What Will Washington’s Delegation Look Like in a Democratic Congress?