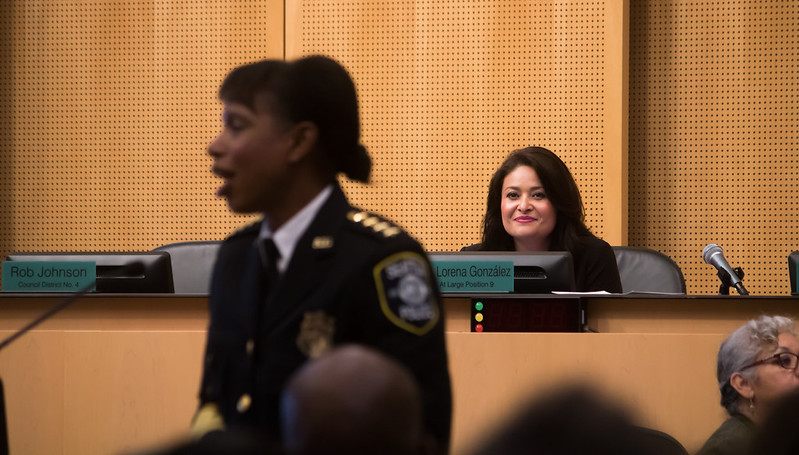 The Chief Best Lesson: What Happens When You Don’t Stand By Leaders

Former cop and 2019 City Council candidate, Jim Pugel, had it right in his comment on the City Council’s treatment of Police Chief Carmen Best. Pugel said, “Those people [the City Council] act like good chiefs just grow on trees.”

Council members caved into demands for a quick fix by slashing the police budget and the salaries of top department leaders including Best, and doing so — remarkably — without consultation with Best. This is not to say that policing doesn’t need change and re-focusing. But the kind of change that is required is not wrought by quick fixes driven by the emotional frenzy and ideology. These are complex issues requiring deliberation, maturity and steadiness of purpose. Best seemed to have those qualities, but that wasn’t enough for Council members.

Whether Seattle is harder on leaders than other cities is difficult to say. But I do know, from watching these dramas for 30 years and experiencing a few of them first-hand, that Seattle doesn’t do well at stewarding one of a community’s most important resources, good leaders.

Good leaders tend to hang in there through a lot of BS, as Best has done. But at some point, people of integrity will say, “enough.” Best has said, “enough.” And now Council members and some community leaders are acting surprised.

There’s a relevant biblical story, from the Book of Exodus. There Moses has been leading the long-haul work of moving a people, the Hebrews, who had been slaves in Egypt to new life in a new land. It’s a fraught affair, two steps forward, one step back, another sideways. Moses is frequently under attack for his leadership. At one point, he is summoned away by God to Mt. Sinai.

Moses leaves his brother Aaron in charge. But in Moses absence there’s a vacuum. The people become anxious. Aaron gives in. He provides a quick fix. “Okay, make yourselves a golden calf. Worship that, if it will make you feel better.” Instead of living with some uncertainty and managing their anxiety the people go wild around their new Golden Calf. It all goes south from there.

In the current scenario, Best is Moses, trying to manage tough, complicated change. The Council, frightened by the mob and seeing a chance to curry favor, has caved in — promising a quick fix for what will not be quickly fixed. I guess the City Budget is the Golden Calf, or maybe it is the slogan, “Defund the Police.”

The Council’s job was to back up the leader they had hired. Instead, they undermined her. The Seattle Times editorial summed it up as follows: “The council appropriated the momentum of recent protests for ideological ends. On Monday, it mindlessly began slashing the police department budget — all, astonishingly, without meaningful consultation with the chief. Under the guidance of council President M. Lorena González and budget chair Teresa Mosqueda, it simultaneously shifted dollars to activist organizations, building council members’ political capital.”

Pugel had it right. Good leaders don’t grow on trees. If Seattle is to step back from mounting dysfunction, waking up to the truth about leadership is crucial. Good leaders are a precious and limited resource. They need people to have their back in the face of all the clamoring for quick fixes.

Memo to City Council/ to Seattle: you can’t keep trashing good people and expect other people of substance and ability will sign on for similar treatment.

Anthony B. Robinsonhttps://www.anthonybrobinson.com/
Tony is a writer, teacher, speaker and ordained minister (United Church of Christ). He served as Senior Minister of Seattle’s Plymouth Congregational Church for fourteen years. His newest book is Useful Wisdom: Letters to Young (and not so young) Ministers. He divides his time between Seattle and a cabin in Wallowa County of northeastern Oregon. If you’d like to know more or receive his regular blogs in your email, go to his site listed above to sign-up.
Previous article
Chapters 40, 41 & 42: Fair Warning, Post Alley, and Jason Coffee
Next article
Tangled Up in the Middle of Seattle’s Policing Debate