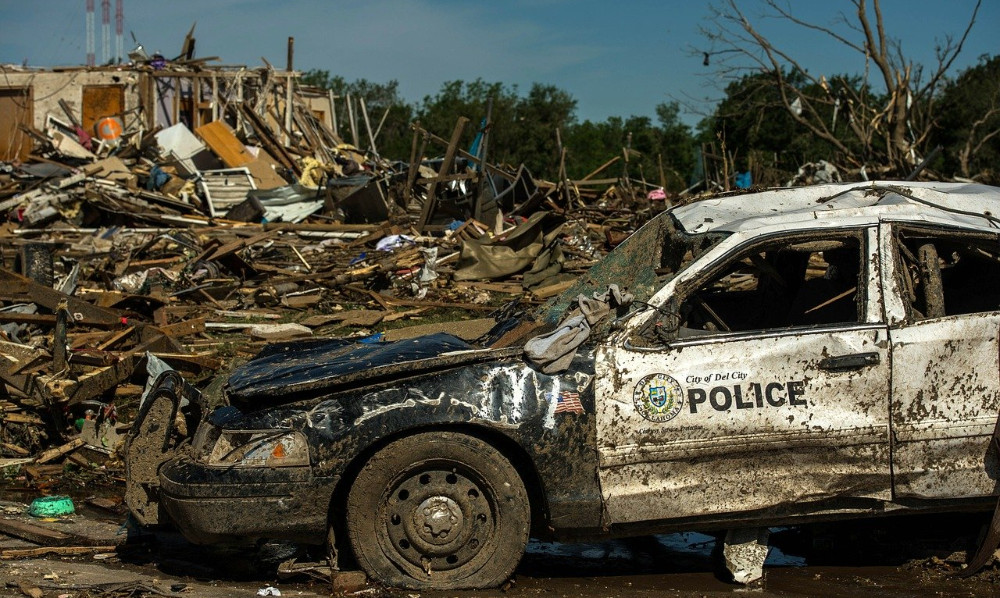 Tangled Up in the Middle of Seattle’s Policing Debate

In June, on my way to observe the CHAZ-CHOP occupation on Capitol Hill, I stopped off at a drugstore. The store, like almost everything else downtown, was closed and the street was silent—except for a tall, shaggy, shirtless guy who swaggered down the sidewalk, swinging his arms and bellowing “Who’s gonna give me five dollars for beer?” He saw me and made a beeline, roaring “Give me some money!”

I beelined for my car. He ran. I ran, and ducked inside just as he caught up  and clawed at my shoulder, then grabbed the door. I fumbled for the ignition, tugging at the door with my other hand. He tried to pull it open, and for a long, eerie moment we stalemated. He gave up, slammed the door on my leg (just a bruise, thanks), charged after a passing cyclist (who wheeled out of range), and turned up Lenora Street, still roaring.

I started dialing 911, then paused to consider two questions. First, was he more likely to assault someone else if I didn’t call the police, or to get shot if I did? And, with everything else going on these days, where are you going to find a cop?

There, in capsule, are the Scylla and Charybdis of our current turmoil over policing. We’re fed up with its excesses, rightly horrified at the litany of brutal chokings and needless shootings of mostly (but not only) Black men and women in this region and around the country. But that revulsion, and the demand that it end, have metastasized into a broader backlash against police and policing, and the demand that they sorta, kinda end.

This view is nothing new: “Off the pigs,” was a catchy slogan and, for a few cult revolutionaries, a battle cry when I was growing up. But it was a marginal view or ironic pose, scorned by conservatives, liberals and lefties alike. Now it is seeping into the mainstream, at least in progressive bastions like Seattle, driving public conversation, and even starting to have real effects.

Start with the public conversation. Not only activists but pundits are heard again and again intoning the unchallenged canard that policing has its “origins” in the apprehension of runaway slaves in the antebellum South, and so is irredeemably tainted by racism.

Policing’s roots actually go back to Egypt, Babylon, China, and other ancient empires, which deployed nonmilitary squads (though often with military training, as today) to keep order and catch criminals. The American colonies imported the medieval institution of county sheriffs, upheld to this day. The theory and structure of modern policing were laid out in 17th century France. America’s first city police departments emerged mostly in the north, in Philadelphia, Richmond, New York, and Boston.

Certainly, police enforced slavery and Jim Crow laws. Unless they’re entirely corrupt, police uphold the existing order, and at best they’re only as good as that order. Ultimately, we get the police we want or the police we deserve.

Or the lack of police. In another time and almost anywhere else, the appointment of a Black woman police chief would be hailed as a breakthrough and an opportunity; Seattle’s new generation of activists, mostly white, scorned Carmen Best as a class traitor. In ill-considered gestures that came off as at once starry-eyed and vindictive, a majority of the city council vowed to defund the Seattle Police Department by 50 percent, realized that’s impossible with most of the year’s budget already spent, so voted to cut Chief Best’s and her command staff’s pay and trim 100 officers from the force.

All these could have been part of the inevitable budget reckoning as plunging city revenues force broad cuts. But singled out, they could only be a rebuke. Council members were then shocked—shocked!—when, in sharp but measured terms, Best called them out on these insults, called out the protesters who besieged her even at home, said “I’m done,” and announced her retirement.

So—where do these councilmembers and the activists driving them hope to find a chief better equipped to take the department to the next stage of reform? Best had a rare combination of support—deep roots in both the community and the department, and the respect of both rank-and-file officers and Black leaders otherwise highly critical of SPD. Her record in dealing with the demonstrations, riots, and occupation may be mixed, but could anyone have responded perfectly, or even done better? They could have gone much worse. Holding the East Precinct turf at all costs could easily have yielded much greater carnage, and keeping hands off CHOP let the occupation wear itself out.

And now she’s been pushed out—not by the mayor who appointed her only under community pressure but by a highhanded, micromanaging council.

Back in the 1980s, Patrick Fitzsimons famously said he knew he wanted the chief’s job when he came out from New York to interview and saw pedestrians waiting for the light to cross even with no traffic near. But who would want the job today? Mayor Durkan acknowledged as much when she deferred the search for a new chief until next year, saying candidates “wouldn’t know what job they’re applying for” now.

And who else will want to stay in a department taking this sort of heat? How many other officers and commanders will follow Best out the door? SPD has long struggled to find and train enough recruits to keep up with retirements. Commanders in other embattled big-city departments are decamping to greener, smaller pastures—Portland’s assistant chief to Boise, for example. The more a department has to scrape for personnel, the more likely it is to get the bottom-of-the-barrel dumbbells, hotheads, time bombs, bullies and bigots who will misread situations, overreact, escalate, harass and provoke. The result: more tragedies and atrocities.

There’s another danger when police morale plummets and officers think citizens and politicians are persecuting them: de-policing, the law-enforcement version of a slow-down strike. That term gained local currency, inside and outside the department, in the wake of the U.S. Justice Department’s 2012 consent decree settling findings of excessive force by SPD. The investigation and prosecution of property crimes, already spotty, seemed to evaporate afterward. Businesses and homeowners reporting burglaries complained that they were told to get a dog, get a gun, and/or call their insurance companies.

Such complaints seemed to recede in subsequent years, but Seattle and Washington state have remained at or near the national top in reported burglary, larceny, and car thefts. It’s always a question to what degree perceived de-policing reflects snitty cops laying off enforcement, spooked cops holding back and playing it safe, overtaxed resources, or some combination of the above. But it can have more serious consequences than impunity for petty property crimes. After six Baltimore officers got charged for the van ride that shook Freddie Gray to death in 2015, enforcement visibly and measurably lapsed and the city’s murder rate nearly doubled. Sensational incidents of brutality also receded, but the net effect seems to have been many more lives lost.

And so cities steer, or drift, between the Scylla of police brutality and the Charybdis of de-policing. This time, Carmen Best won’t be at Seattle’s tiller.

Somewhere between the two lies an emerging, sensible consensus, based on the realization that costly, intimidating armed officers aren’t the best ones to deal with many of the tasks we’ve loaded on the police, and that their presence can inflame volatile situations and lead to needless violence. (Robert Peel realized this when he organized London’s police along nonmilitary lines and dictated that they not carry guns.)

Some non-police alternatives aren’t as simple as they seem; traffic stops and domestic violence calls, often suggested for reallocation, are two of the most unpredictable and dangerous tasks cops perform. Substituting unarmed, unthreatening civilian specialists or “secondary officers” might avert some payback violence and suicides-by-cop, but it will expose these civilians to risk. Trained counsellors could do better at defusing many domestic-violence situations, but they may need armed officers for backup. Non-emergency would be easier to switch over.  South Seattle police watchdog Pat Murakami has argued that civilian employees, interns, or newly minted cadets could take burglary, theft and accident reports.

But such shifts of duties must be bargained with the notoriously obstructionist Police Guild. Seattle in the past made timid moves in that direction, but it axed SPD’s popular community service officers in a budget crunch 17 years ago. Such alternatives are often the first things to go when finances get tight—and they’re very tight now.

That makes it all the easier to cut first and, maybe, deploy alternatives later. Defund advocates talk loftily of replacing punitive police and prisons with preventative social and health services, educational equity, and jobs programs. But that transformation, much to be desired, will entail a costly, generation-long transition. Otherwise it’s like disbanding the fire department while waiting for new building codes to produce fire-safe buildings.

We’ve been there before. In the 1960s a movement rose to deinstitutionalize the mentally ill—stop warehousing them in state hospitals, move them into more humane, effective community-based residences and treatment. We emptied the hospitals but cheaped out on the community treatment. The results are still starkly visible, on our sidewalks and spare lots and in our jails.

Eric Scigliano
Eric Scigliano has written on varied environmental, cultural and political subjects for many local and national publications. His books include Puget Sound: Sea Between the Mountains, Love War and Circuses (Seeing the Elephant), Michelangelo’s Mountain, Flotsametrics and the Floating World (with Curtis Ebbesmeyer), The Wild Edge, and, newly published, The Big Thaw: Ancient Carbon and a Race to Save the Planet.
Previous article
The Chief Best Lesson: What Happens When You Don’t Stand By Leaders
Next article
Chapters 43, 44, 45 & 46: Match, Town Car, Kidnapped, and Pizza