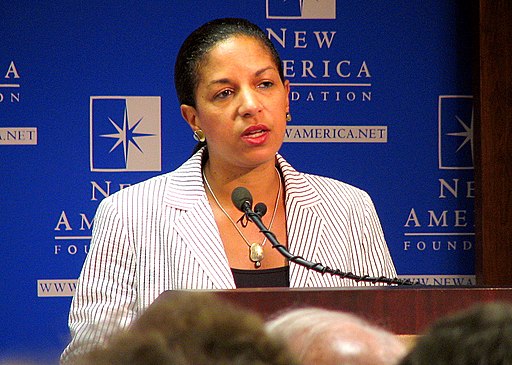 It’s not unusual for the selection of a running mate to drag out. It maximizes the suspense and fuels interest in the election. Stories about the potential picks generally are big kisses to presumptive Democratic nominee Joe Biden by highlighting how and why he admires each of the contenders.

Now Biden’s delayed timeline is becoming the story itself, which perhaps isn’t a good thing. But it gives us more time to mull over the contenders and all weigh in with our analysis of the moment (which can change day to day).

One vice presidential prospect who didn’t get too much attention early on but remains in contention is Susan Rice – the only one of those in serious consideration who has never run for office. But I don’t see that as a disqualification. It might even be a plus. It gives Rice, 55, who has strong insider credentials, a whiff of the outsider. That can be appealing.

More appealing is the portfolio and gravitas Rice would bring. At a time when this country’s foreign relations have been shredded by Trump & Gang, Rice as the U.S. former ambassador to the United Nations and as President Obama’s National Security Adviser would be in a prime position to start mending all those ruined relationships.

Certainly her C.V. is impressive. She graduated from Stanford University with a degree in history and then earned her master’s and doctorate degrees at Oxford in international relations. After a stint with McKinsey as a management consultant, she served in the Clinton White House on the National Security Council, setting the path for her selection by Obama as his National Security Adviser.

It’s a remarkable bio for the granddaughter of a janitor and a maid on one side and the great granddaughter of a slave in South Carolina on the other, a heritage she describes in her 2019 memoir “Tough Love: My Story of the Things Worth Fighting For.”

While she hasn’t run for office before, she understands the campaign machinery. She advised John Kerry on foreign policy in the 2004 campaign and was Obama’s senior foreign policy adviser in 2008. Still, giving polished policy talks is not the same as hitting the hustings (virtually for the near future) to give campaign stem-winders.

But the key reason I see her as a serious option is that Biden and Rice appear to have a comfortable collegial vibe. They have shared history. They worked together in the Obama Administration, and both are familiar with the halls of power in the nation’s capital and how to navigate them. When Glamour (at the time I was its Washington, D.C. editor) honored Rice as one of its Women of the Year, Biden called her “incredibly effective” when I asked him to comment.

David Axelrod, who worked with both Biden and Rice in the Obama White House, in a recent CNN commentary said: “My guess is that Biden will be looking for someone a lot like himself — a loyal partner, who will place the success of the President and his initiatives first, and a partner whose counsel he values and who can take on weighty assignments when the need arises.”

Susan Rice ticks all those boxes.

And as Jonathan Allen wrote for NBC News, Biden “doesn’t need to balance his ticket. He needs to reinforce his message.

“When Biden announces a vice presidential pick later this month, he will be telling voters who he thinks has the traits — competence, character and compassion — that he believes are absent in President Donald Trump and necessary to bring America out of the health and economic crises of the pandemic and restore security relationships around the world.”