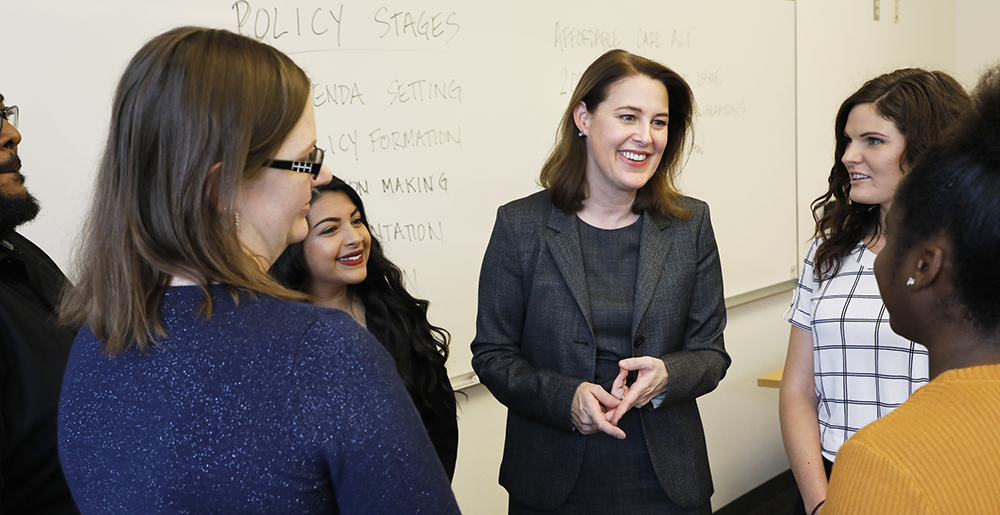 During my ten years serving on the Columbia Gorge Commission (National Scenic Area), endless hours of traveling on I-5 grew boring, so in 2018 I opted to take a different route that had me roaming through my old congressional district in Southwest Washington.

Passing through Shelton, Centralia, and Longview reminded me of the good ole days —  often taking a coffee break, brief lunch, or a necessary stop at a local casino (using the lav, not tossing dice).  It was also an awakening.  I touched base with some previous constituents, mostly older white males (unemployed, retired), who were staunch Democrats back in the 1960s-80s. Not anymore.  Today it’s Trump territory.

What’s happened in Washington’s Third Congressional District is not unlike the so-called rust-belt states.  When I served, most of these counties relied on timber and lumber mills for their economic well-being.  The labor unions were dominant politically, and their clout helped me cruise to big-margin victories.  A different scene today.  The once viable lumber industry has all but vanished, which made Trump’s message of bringing manufacturing jobs back to the U.S. resonate in many of these rural areas.

The 2020 Congressional race is closely being watched nationally, and the prominent Cook Political Report just moved it from “likely” to “leaning Republican.” Prior to the Republican incumbent, Jaime Herrera Beutler (first elected in 2010), the Democrats held the position all but two terms in the previous 50 years.  Herrera Beutler has retained the seat with comfortable margins (over 60 percent of the vote in 2012, 2014, 2016), but  dropped to 52.7 percent in 2018 because of a formidable challenge by Democrat Carolyn Long.

The two will be squaring off again in 2020, but will there be a different outcome?  While two-thirds of the Third District’s voters reside in Clark County (just across the river from Portland), there is a significant  presence of Oregon suburban voters who reside in the Vancouver area and generally vote Republican.  But, as is occurring in other suburban areas around the country, Clark County now shows more shades of blue.  Carolyn Long beat her Republican opponent in Clark County in the 2018 race, but lost all of the other seven rural counties.

A college professor,  Long’s charisma and energized support base are notable assets.  The relevant campaign issues are working in her favor.  But it’s also about fund-raising, which is why both national parties have targeted Washington’s Third District.  In 2018, Carolyn Long outraised her Republican opponent ($3.85 million to $3.05 million), and this year both are hard at work dialing for dollars.  Also, the expected larger turn-out in a presidential year will give the Long campaign a needed boost, and voting by mail tends to favor the Democratic vote..

Finally ,there is a political tsunami that will spread across America’s heartland, as it did in 1974.  That’s what got me elected, along with 76 other young political neophytes, referred to as the Watergate Babies, or the Class of ’74.  Donald Trump is way beyond Watergate. As his poll numbers continue to plummet, it will be felt by all Republicans on the ballot.

Washington’s Third Congressional District reflects a political re-alignment that’s occurring nationwide.  Those disgruntled mill workers and older Joe Sixpack former Dems in rural areas are now Trump loyalists.  The offset is the suburban areas where professional, upper-middle-class Republicans who no longer can stomach or vote for Donald Trump.   Long will be one of many Democrats who will benefit, and that may turn the tide in the Third.

Don Bonker
Don Bonker is a former Member of Congress from Washington’s Third District and former chair of the House Foreign Affairs Subcommittee on Trade. He now lives on Bainbridge Island and consults on international trade issues.
Previous article
The Cloud-Capped Myths of Mt. Rainier
Next article
Veepstakes: Is Susan Rice the #2 Biden Needs?