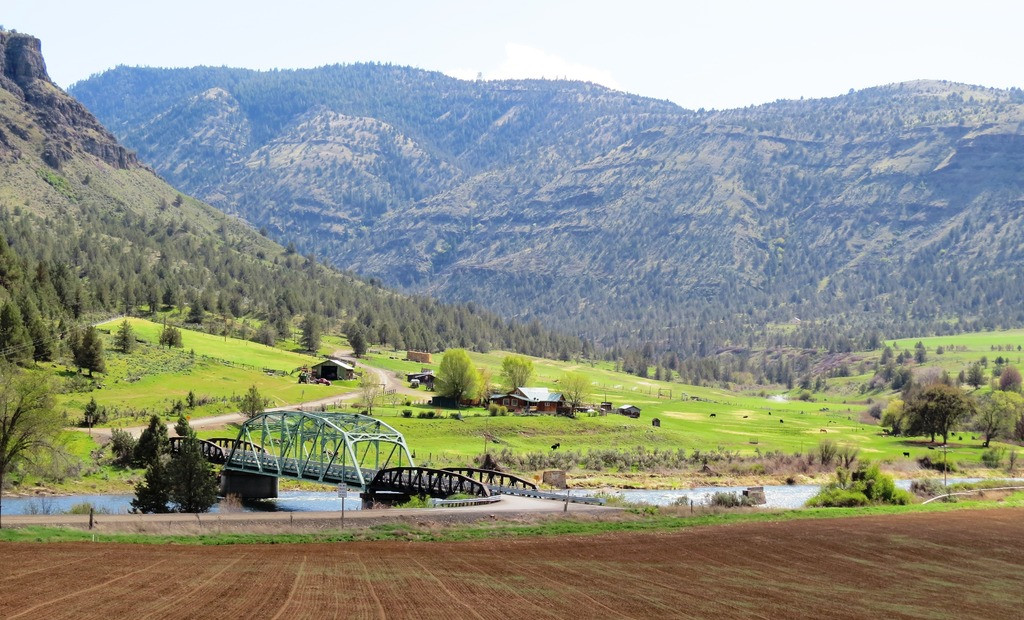 The last weekend of July for 75 years has meant “Chief Joseph Days,” here in Joseph, Oregon and Wallowa County. That is until this year. CJD 2020 was cancelled earlier this summer because of the pandemic.

For 75 years, the rodeo — running four nights — was the marquee attraction. And for many years, though not lately, there was also a carnival with the usual nausea-inducing rides. And two parades, the “Children’s Parade” on Friday and the “Grand Parade” down the main street on Saturday. If you love horses, this is your parade.

But the parade, at least in election years, also meant politicians walking the usually sunny route, smiling, waving and calling out the names of local friends and acquaintances. Greg Walden has represented Oregon’s huge second district in Congress since 1998 and walked the parade route often. But this spring Walden, the lone Republican in Oregon’s Congressional delegation, bowed out, opening the field to some 18 contestants from both sides of the aisle.

What led Walden to call it quits? Maybe the parades? Oregon’s second congressional district is huge. It stretches from the state’s northern to its southern border, including all of eastern and central Oregon. It reaches west as far as Hood River in the north and Ashland and Medford in the south. That’s a lot of small towns and a lot of parades.

But longtime Wallowa County resident Rich Wandschneider, a friend and a newspaper columnist here, speculates that Walden may have been feeling the pressures of a district that is leaning — at least in places like Bend, Hood River, the Dalles, and Ashland — more to the left. Or maybe Walden, like a couple dozen other house Republicans who have called it quits, was just tired of dancing to Donald Trump’s bumpy tune.

This fall a veteran of the state legislature, Cliff Bentz (R), will face off against Alex Spencer (D), a writer, activist and performance coach. Bentz, an attorney, has his roots in a Harney County ranching family. He makes his home on a small farm in Ontario, Oregon. Spencer has lived in Oregon, and Klamath Falls, for ten years. She is originally from Dallas, Texas, but has lived a number of places and in several states.

Bentz was among a group of 11 Republicans who fled the state capitol in Salem last year to throttle Governor Kate Brown’s carbon tax proposal. He describes himself as an “America first, conservative Republican.” Still, he had to beat out two staunchly Trump-allied Republicans in the May primary. If Spencer succeeds this would be her first time to hold political office. She has been an organizer of the Klamath Falls Women’s March for three years. Her website is reminiscent of onetime Democratic presidential aspirant, Marianne Williamson.

Neither Bentz nor Spencer, nor anyone else, will be marching this year in the CJD parade, as the COVID pandemic has altered this contest like so many other things. Has District 2 moved far enough left to give Spencer a chance? Time will tell, but it seems unlikely.

Meanwhile, some big capital projects here in Wallowa County have been hampered by the impact of the pandemic on the state’s lottery-funded revenues (Oregon has no sales tax). A new medical clinic in Joseph had counted on $2.5 million in lottery funds, while a new dam at the foot of Wallowa Lake projected $14 million from the same source. But with business closures, state revenues are way down. Both projects will probably get there eventually, but later than anticipated.

Back in May I observed that things here seemed to be dividing up along political/ cultural lines when it came to adherence to pandemic measures like masking and social distancing, and that there was evident tension in the air. That seems to have changed. Now, every business requires patrons to be masked. And lots of masks are evident among tourists in town. Partly, it is Governor Brown’s order requiring masking, but probably a greater factor is the recent resurgence of the virus nationally. Numbers of infections in Wallowa County remain low, 16 as of July 25 and one death. But the overall caution and compliance level is up and appears to have transcended political divisions.

People here are watching events in Portland, a little unsure what to make of it all. Wandschneider, for one, worries that “It may play right into Trump’s hands.” He’s not the only one concerned about that. I am too. Some of us are old enough to remember 1968 and how events in Chicago contributed to a win for the then “law and order” candidate, Richard Nixon.

Anthony B. Robinsonhttps://www.anthonybrobinson.com/
Tony is a writer, teacher, speaker and ordained minister (United Church of Christ). He served as Senior Minister of Seattle’s Plymouth Congregational Church for fourteen years. His newest book is Useful Wisdom: Letters to Young (and not so young) Ministers. He divides his time between Seattle and a cabin in Wallowa County of northeastern Oregon. If you’d like to know more or receive his regular blogs in your email, go to his site listed above to sign-up.
Previous article
Chapters 8,9 & 10: WAC, Sixth Avenue, and the Nordstrom Grill
Next article
Their Business Upended By COVID, These Vietnamese Restaurants Stepped In To Donate