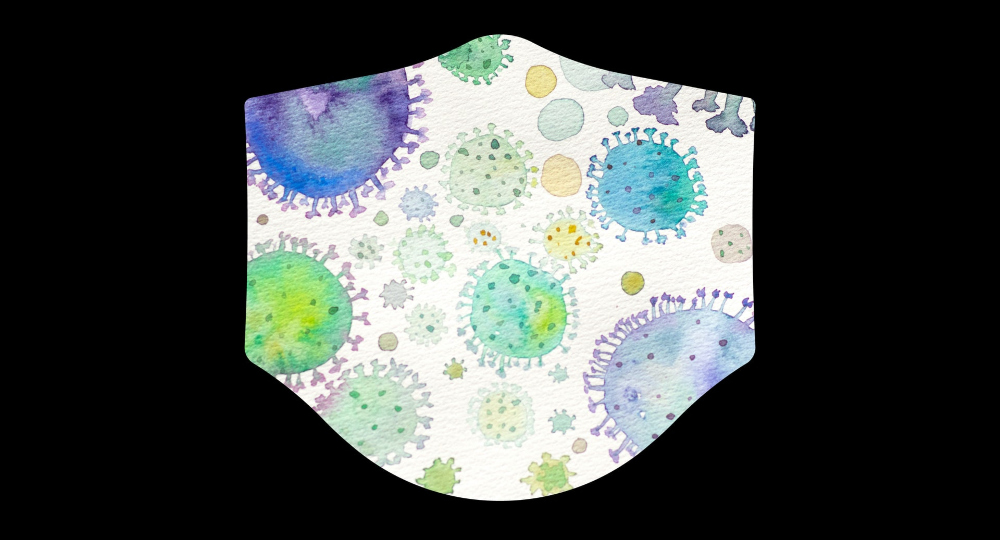 Who Is That Masked Woman? Plus: Comets And Jokey Names

In these days of Covid 19, it’s all about ears. How I envy Obama and keep wishing I had more prominent ears. When I don a mask — that’s whenever I leave the house — I dig out the latest version of a lower face ornament, an important protection for anyone I encounter. In these days of the pandemic, a mask is THE indispensable accessory.

I have several masks to choose from, different patterns and shapes. Three were made for me by a seamstress friend. There’s a black and white print number, reversible and washable. And there’s one with feminist symbols, showing I care about electing women. My latest acquisition is a mask that simply says “VOTE.”

But, sad to say, all of my mask options require attachment to my ears. It gets crowded back there. I have pierced ears (my one vanity) and, sure as I attach a mask, I’m likely to detach an earring. More than once I’ve found myself on my hands and knees trying to locate a dislocated ornament.

Adding to that hazard are the problem with my glasses, which hook over those same overworked ears. If my glasses are properly adjusted, my mask is askew and vice versa. Then there’s trouble when my glasses get steamed up. It seems almost impossible to both maintain safe practices and clear vision. Hearing, too, is affected, since I strain to hear what other people are saying, their speech muffled beneath their masks.

Breathing also is affected. Experts say that nose breathing is better than mouth breathing, although breathing in through the nose and out through the mouth is recommended when exercising.

All these complaints — ours being a grumpy time — are immaterial, however, when it comes to the big picture. Masks, however problematic, are a symbol of caring for others, trying to protect one another against transmission of a nasty virus. That said, I can’t help wishing that I had better constructed ears.

They Persisted: Not to be missed is “The Vote,” a two-part PBS series on the transformative moment in expansion of voting rights: passage of the Nineteenth Amendment. The American Experience production, timed to mark the 100th anniversary of the 72-year fight for women’s suffrage, introduces many stalwart fighters, including Alice Paul, Ida B. Wells, and Harriot Stanton Blatch. Washington state, which granted women the vote in 1910, gets a brief shout out for having first led the nation.

Slogan Contest: Gotta love the pluck and humor of West Seattleites. Faced with a broken bridge and an impossible commute into the city, residents are busy designing T-shirt slogans. The West Seattle Bridge T-Shirt Contest runs through July 31 and has produced some winning slogans. Among them: “Accidental Island; Great Neighbors, Terrible Bridge;” “At Least We Got the Beach,” “West Seattle Island, Good Luck Getting There,” and “Greetings from East Vashon, formerly West Seattle.”

Clear Skies: Not only are Seattle homebodies taking up bird watching, many have graduated to star gazing. Early this month, viewers were catching sight of Comet Neowise, visible in the Northeast sky in predawn hours and at dusk in the Northwest. Comet Neowise is covered in dark particles left over from birth of the solar system 4.6 billion years ago. Makes our petty problems seem, well, petty.

Time and Again: Back in 2004, Historian and Author Rick Shenkman, former KIRO-TV general manager, assessed Trump’s modus operandi during a speech at the University of Tennessee. Shenkman reported Trump, then a rumored candidate, had promised if elected to tax the rich, raise six trillion dollars and wipe out the U.S. deficit. At the time, Shenkman laughingly dismissed the pledge saying that “Trump was just trying to get attention for himself.” Things never change.

Jean Godden
Jean Godden wrote columns first for the Seattle Post-Intelligencer and late for the Seattle Times. In 2002, she quit to run for City Council where she served for 12 years. Since then she published a book of city stories titled “Citizen Jean.” She is now co-host of The Bridge aired on community station KMGP at 101.1 FM. You can email tips and comments to Jean at jgodden@blarg.net.
Previous article
The Supreme Court Applies Frontier Justice To Oklahoma; Duwamish Next?
Next article
Seattle’s Restaurant Apocalypse: Why Isn’t The City Doing More To Help?