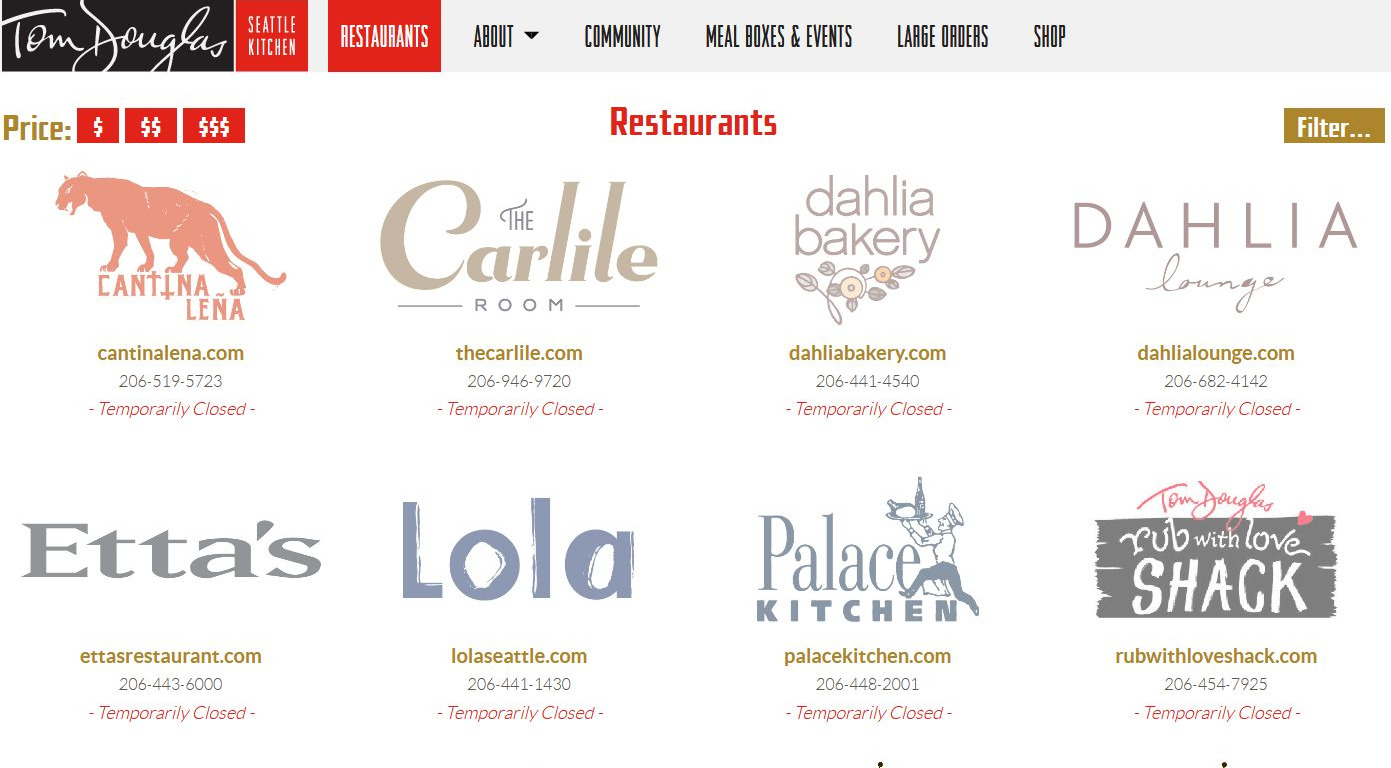 The bell now tolls for Seattle restaurants, with 20 new permanent closures tallied up by The Seattle Times. Among the newly dead: Il Corvo, a tiny beloved pasta joint in Pioneer Square, Bill’s Off Broadway, a Capitol Hill hangout, and The Brooklyn, an expense-account eatery in lower downtown.

For sure, high rents and out-of-town owners of commercial spaces are factors. Seattle’s Amazon boom produced a baby boom of restaurants and investors. The surge of tourism (conventions and cruise ships) spawned more and drove up prices. And the city council’s compliance in enacting labor-union-led reforms (minimum wage, scheduling limits) narrowed margins.

But the city could be doing more. Many other cities moved quickly to facilitate outdoor spaces (sidewalks, alleys, parking strips), while Seattle is just getting around to these changes. Other cities are adapting streets and taming cars, thus increasing public space and reducing noise. Struggling cities actively try to help small businesses and are geared up to help, but economically complacent Seattle is not.

The main killing field will be Seattle’s downtown, where restaurants were once buoyed by tourists, office workers, business visitors, arts-audiences, and shoppers — all in steep decline. Other adverse factors are high rents, congestion, crime (particularly shoplifting), and homelessness.

And who speaks for the downtown, politically? When the city council had all its members elected citywide (now only two of nine are), these nine members raised money and did favors for downtown interests. Downtown property values pump money into the city budget, but “downtown issues” (too privileged, too wealthy, too dominant) are now close to political poison. New Councilmember Andrew Lewis, who represents the downtown/Queen Anne/Magnolia district, ought to be the champion for downtown, but he pretty quickly joined the Labor-Left bloc that now controls the council. Mayor Durkan? Not so much.

As for neighborhood restaurants, which have no political problems and are often beloved by a steady customer base, they too pay high rents to absentee landlords. The kind of steps that would help them move outdoors and gain more space for distancing tables quickly run into objections from the neighborhood and adjoining shops worried about lost parking spots.

As a result many of our restaurants, a mainstay of Seattle livability, are thrown into a tailspin from the recession, the pandemic, the city’s political logjams, and high regulation.

So far, a big civic shrug.

David Brewster
David Brewster, a founding member of Post Alley, has a long career in publishing, having founded Seattle Weekly, Sasquatch Books, and Crosscut.com. His civic ventures have been Town Hall Seattle and FolioSeattle.
Previous article
Who Is That Masked Woman? Plus: Comets And Jokey Names
Next article
Left-Wing Fascism? Which Opinions Are Allowed?