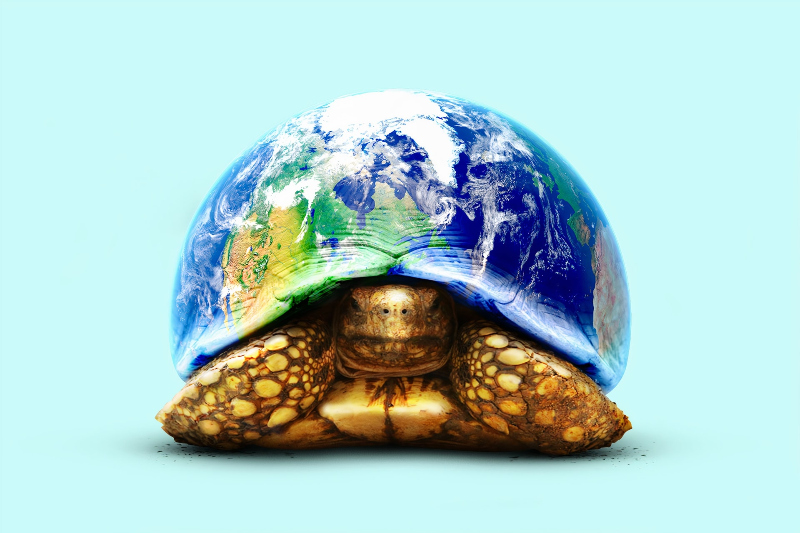 Election 2020: A Pandemic of Foreign Policy Ailments in Need of Urgent Care

Three and a half years of President Donald Trump’s policy of “Repeal and Not Replace” has shackled the fight against climate change, revived Iran’s pursuit of nuclear weapons, given North Korea time to build up its strategic arsenal and undermined European and Asian Pacific allies’ faith in the United States as a reliable partner in tackling global health, economic and security challenges.

Condemnation of Trump’s failed strategy in combating the Covid-19 pandemic – denial, disinformation and a delusional claim it will just go away – is spreading as fast as the infection rates in states that reopened their economies before the virus was contained. All but two of the 50 U.S. states have seen their coronavirus caseloads spike in recent weeks, some like Florida, Texas and Arizona setting daily records for deaths and hospitalizations. In the European Union, which opened to tourism on Wednesday after getting its virus spread under control, travelers from the United States will be denied entry.

Never-Trumpers have stepped up their campaigns to deny him a second term and, according to most polls, are gaining traction as the virus kills thousands of Americans every day, unemployment plunges to the level of the Great Depression and police brutality and armed white supremacists have stoked racial tensions.

Political analysts, including some former Republicans, warn Democrats that four months until the 2020 general election is an eternity in the Trump administration. But they have increasingly forecast victory for former Vice President Joe Biden and pointed to the foreign policy disasters that will need attention as immediate as the domestic woes.

Reports of alleged Russian bounties paid to Taliban militants to kill U.S. soldiers in Afghanistan have rekindled outrage at the Kremlin and fears that it will again interfere in the election to keep Trump in the White House. Even his longest-serving national security advisor, John Bolton, observes in interviews about his controversial book that the country can undo the damage of four years of Trump but that another term would spell the end of democracy for the United States.

Four more years of Trump beholden to Russian President Vladimir Putin would mean the last of the post-Cold War strategic arms treaties abandoned on the grounds that both the U.S. and Russia are violating it. Trump has also vowed to resume nuclear testing, claiming Russia and China are already conducting tests prohibited by the Comprehensive Test Ban Treaty.

Collective security in the North Atlantic Treaty Organization and in the Western Pacific is also on the line. Trump has weakened both alliances by ordering troop cuts in punishment for his claim that the allies don’t pay enough for U.S. defense assistance. Some 9,000 have been recalled from South Korea’s side of the volatile DMZ, a move that likely delights North Korean dictator Kim Jong Un. Trump’s recent order to cut 9,500 troops from Germany has yet to be executed. It is nevertheless a gift to Putin as it signals Trump’s reluctance to come to the aid of a NATO member country should it come under attack, like the Baltic states the Russian leader considers to be in his sphere of influence.

“The troops and capabilities that the U.S. has deployed in Europe are not there to specifically defend Germany, they are part of our contribution to overall collective stability and security in Europe,” said retired Lt. Gen. Ben Hodges, a former commander of U.S. Army Europe.

Trump announced the troop reduction a month ago in what some saw as a fit of pique after German Chancellor Angela Merkel declined to travel to Camp David for an in-person summit of the Group of 7 alliance in the midst of the Covid-19 upsurge. He informed neither the German government nor the Pentagon, and the verbally demanded cut now faces bipartisan opposition in the Senate.

“Globalization is a reality, not a choice,” said Richard Haass, president of the Council on Foreign Relations and a former adviser to administrations since Jimmy Carter was president. “Isolationism is not an option.”

Haass describes the foreign policy challenges for the next president as “a daunting in-box,” but one that can be tackled with swift and strategic appointment of ambassadors and replenishment of a hollowed-out State Department. He says the United States can and should re-engage in the Trans-Pacific Partnership on trade, the Paris climate pact and work with the remaining signatories to the 2015 Iranian nuclear deal to prevent Tehran from abandoning its constraints.

Michael McFaul, U.S.ambassador to Russia during the Obama administration, wrote in an opinion piece for the Washington Post last month that the United States is losing ground in the global effort to promote democracy with Trump’s use of force against peaceful demonstrators and threats to send troops into protest hot spots.

“When our president threatens to deploy the military to ‘restore law and order,’ we undermine our credibility to criticize Chinese Communist Party officials when they call for ‘restoring law and order’ in Hong Kong,” McFaul argued.

Trump’s threat to revoke Hong Kong’s special trade status to punish the mainland has also languished as the White House has moved on to newer foreign policy controversies, like the alleged Russian bounties on U.S. troops.

Bolton, the veteran hawk who Trump describes as aggrieved over his dismissal from the White House after 17 months, provides a withering summation of Trump’s foreign policy strategy, or lack thereof, in his book and in numerous interviews:

“There really isn’t any guiding principle that I was able to discern other than what’s good for Donald Trump’s re-election.”

Carol J Williams
Carol J. Williams is a retired foreign correspondent with 30 years' reporting abroad for the Los Angeles Times and Associated Press. She has reported from more than 80 countries, with a focus on USSR/Russia and Eastern Europe.
Previous article
Mayor Durkan Snaps And Out Pops a Decisive Mayor
Next article
When The UW Returns: Best To Bet Online