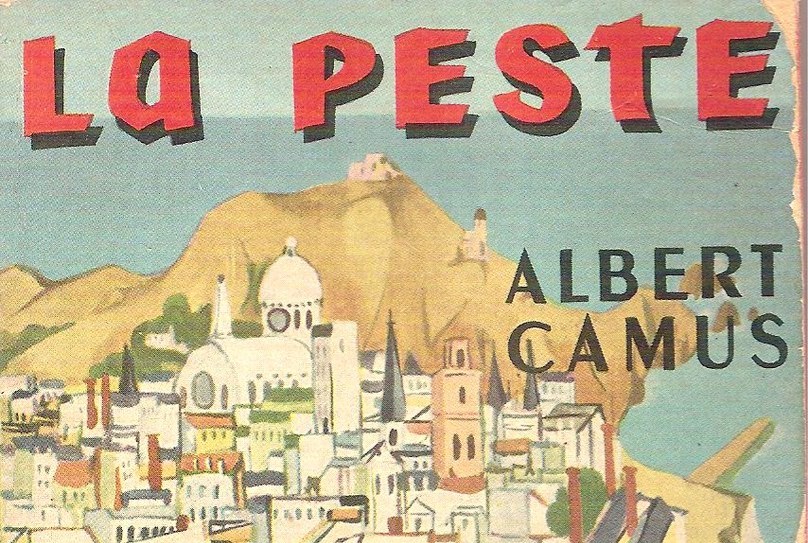 Reading: The Plague During Plague

This spring I decided to take a zoomed book class offered by Alliance Française Seattle. The assigned book was “La Peste” by Albert Camus.

It was a bit bizarre, or perhaps existential, to read about the plague during our plague.

But it struck me as almost uncanny how much of what Camus described resonated with what we are experiencing in the time of COVID-19, and in a time of rising anti-racism protests. He takes an ordinary rather dull city in Algeria with ordinary also rather dull citizens and shows what happens when the plague comes creeping in. He walks us through the stages of denial, fear, blame, anger, resignation, action.

He details how at its height the corpses pile up, funerals are curtailed, people can’t say proper farewells to their deceased, mass graves become necessary. Then I opened my morning paper and saw what was happening in New York earlier this spring when deaths overwhelmed the city.

Eventually, the number of cases in the Algerian city start to decline, and people begin to allow themselves to hope. Finally, the city is reopened and everyone pours into the streets and cafes and train service starts again. As the plague departs and the city seeks to return to normal, Camus describes how quickly people want to forget. They want to move on and not think of the horror they survived. He builds up to the haunting final paragraphs that warn that the plague may for now be suppressed but the bacilli still lurk and could arise again at any time.

We already are seeing that with COVID-19. Places where restrictions were lifted are seeing new waves of contagion. As some authorities around the country are warning, the virus is not done with us.

That reality also brings me back to “La Peste.” The book was published in 1947 and is often discussed as an allegory for the evil contagion of Nazism and occupation of France (where Camus worked in the Resistance). As we discussed in our zoomed class, Camus also was talking about evil in its many manifestations and that we never know when or how it will spread again.

This is why as I finished reading the book, I found it resonating not just with the COVID-19 news, but with the anti-racism mass protests here and around the world. From this country’s original sin of slavery, the evil of racism has permeated our society, and like the virus, it is not done with us.

Linda Kramer Jenning
Linda Kramer Jenning is an independent journalist who moved to Bainbridge Island after several decades reporting from Washington, D.C. She taught journalism at Georgetown University and is former Washington editor of Glamour.
Previous article
Paint The Town: Takiyah Ward and the Autonomous Zone’s Defining Mural
Next article
Capitol Hill’s Occupied Zone and how it Happened