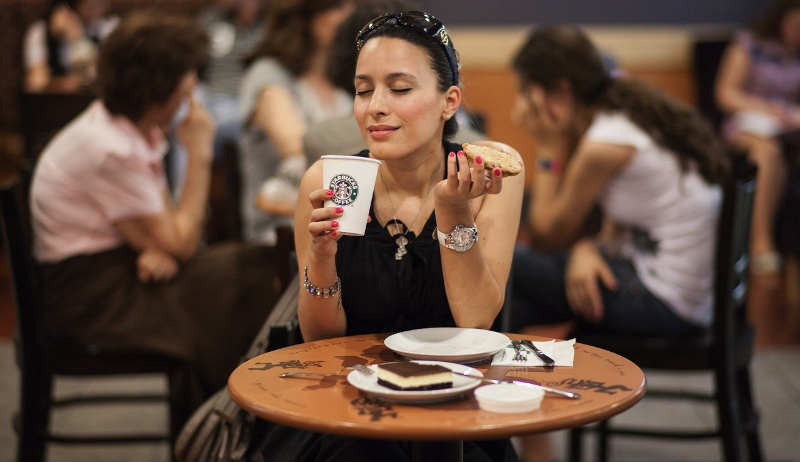 Starbucks, the coffee giant based in Seattle, has just announced it is closing 400 of its 10,000 stores in America and Canada, mostly in crowded hang-out facilities on campuses or in malls. It’s still opening new stores, but about one-sixth of them will be pickup or drive-through locations. And the company has been shifting for years to mobile ordering and other conveniences for the “to-go economy.”

Already about 80% of Starbucks’ orders are to-go, and the store has always been much more about this business than the third-place marketing message. I once asked one of the original founders of the coffee company how it could be economical to have so many folks occupying tables for hours while spending a pittance on a cup of coffee-flavored milk drinks.

My friend explained that all those folks sitting at tables are basically “staging.” Howard Schultz, who saw and executed Starbucks’ conquest of the world, has always been shrewd about the marketing of coffee, and part of the fantasy that these stores create is in the subconscious imaginations of customers standing in the lines. As they look around at all those young people writing in their diaries or tapping away on laptops, self-flattering ideas waltz through their heads. “Maybe next time, I’ll join Jean-Paul Sartre at his table, discussing Derrida. Or next time, I’ll finally start writing that novel percolating in my brain.”

“In fact,” the Starbucks founder said, “if Starbucks didn’t have all those customers lingering at tables, they’d have to pay folks to do it.”

One historic irony is that the original Starbucks, started in 1971 in the Pike Place Market (a block north of the current “original” Starbucks on Pike Place), did not have tables for would-be existentialists. It was just about peddling beans and brewing equipment. The only cup of coffee you could get would be a sample. Eventually the company realized the road to a mad expansion was the intoxicating aroma of cafe fantasies, not coffee beans. Latte-land was created.

David Brewster
David Brewster, a founding member of Post Alley, has a long career in publishing, having founded Seattle Weekly, Sasquatch Books, and Crosscut.com. His civic ventures have been Town Hall Seattle and FolioSeattle.
Previous article
Our State Was Too Slow In Reacting To COVID-19
Next article
Wild Side: The Animal World Revealed when we Sheltered in Place.