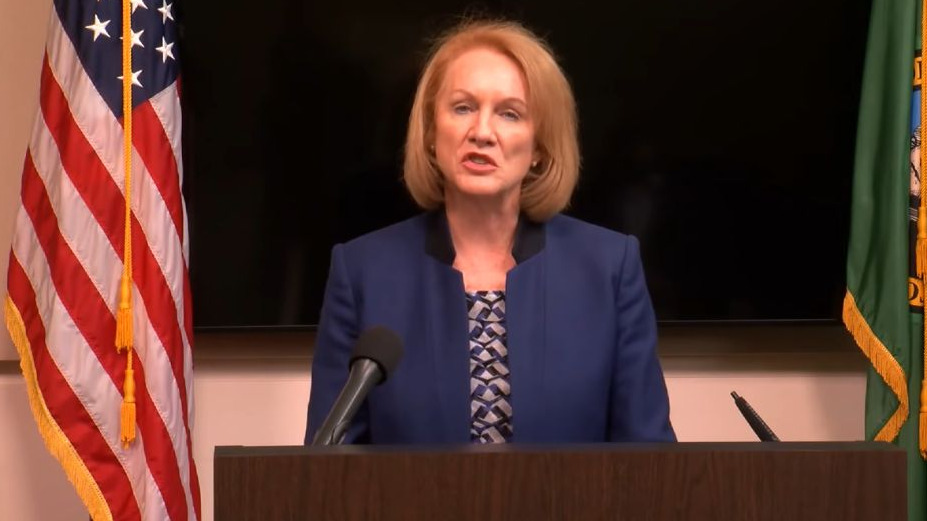 Who Speaks for Us?

Who speaks for us in these days of dissolution? Not, at least, our leaders. Yesterday, Seattle’s Mayor emerged briefly to address the righteous rage and wanton destruction which has filled our street for six interminable days. What she said was almost worse than the apology-excuse civil authority customarily makes for the misbehavior of its minions.

Durkan admitted that mistakes were made and that change must come. Then she was asked by one of the protest organizers what she planned to do, now, about seemingly ineradicable criminal behavior by members of the Seattle Police Department. Her reply, according to the Seattle Times: “The [police] chief and I and others will work on a plan, but the plan has to come from community voices.”

Nothing I’ve heard better captures the growing paralysis of our civic institutions. If “the community” must tell its “leaders” what they must do, what are the leaders for? These days, in America at least, we don’t expect them to dress up in robes of state or glittering uniforms, but we don’t expect them to approach us like administrative assistants waiting to receive our orders.

I think that in a crisis, what we want from the people we elect is empathy for our confused condition, but beyond that, help to rise above the confusion, find perspective and purpose.

The supreme example of this kind of leadership in our political tradition is probably the Gettysburg Address. But its sheer brilliance blinds us to the mundane fact that in Lincoln’s day and long afterward, it was a routine part of every public official’s role to respond to extraordinary events with an attempt to give them a personal, collective meaning: “closure,” as we say today.

In my 55 years in Seattle, there have been only three events that have brought the city to a shocked standstill: the 1970 student protests of the bombing of Cambodia, 1999’s massive disruption of world capitalism’s self-celebration at the WTO summit, and the present one brought on by the murder of a single individual, broadcast to the world in real-time.

In all three cases, our civic institutions failed to rise to the need for clarity and assurance. Today, as the initial anger and exhilaration disperse, they leave behind a feeling of a life-defining event fading, without a word or act to keep it alive in our collective consciousness.

Am I a fool for expecting more? In a time when the word “community” occurs at least once in every official communication down to solid-waste disposal notices, who actually speaks to and for the generality? Who tries today to assist us toward self-healing?

The best-crafted press release ever written can’t poultice the kind of wounds our self-esteem has suffered in a few meager days. “Statements of policy” are debased currency which no one can accept at face value. Figures of authority must come forward in person to us to renew our trust in them, in words plain and humble enough to earn the benefit of our doubt.

So far, here in Seattle, the only communication I’ve received from my government is a daily reminder on my phone to stay clear of downtown after 6pm. I can’t help dreaming of something more: something like a day of mourning for George Floyd and his myriad of fellow-victims of state-sponsored violence, with our leaders visibly, audibly, taking part, among us. That might help us draw a line, breathe deeply, and all together begin the immense job of ensuring that such vile crimes cease to take place.

Roger Downey
Born in Canada moved to Peru's altiplano at the age of six; came to the U.S. at 10 to discover that you don't use your feet to dribble the ball. Learned from the git-go that "America" is an idea, not a place.
Previous article
Should The Morrison Hotel Homeless Shelter Be Closed For Good?
Next article
Dear Fellow White People: