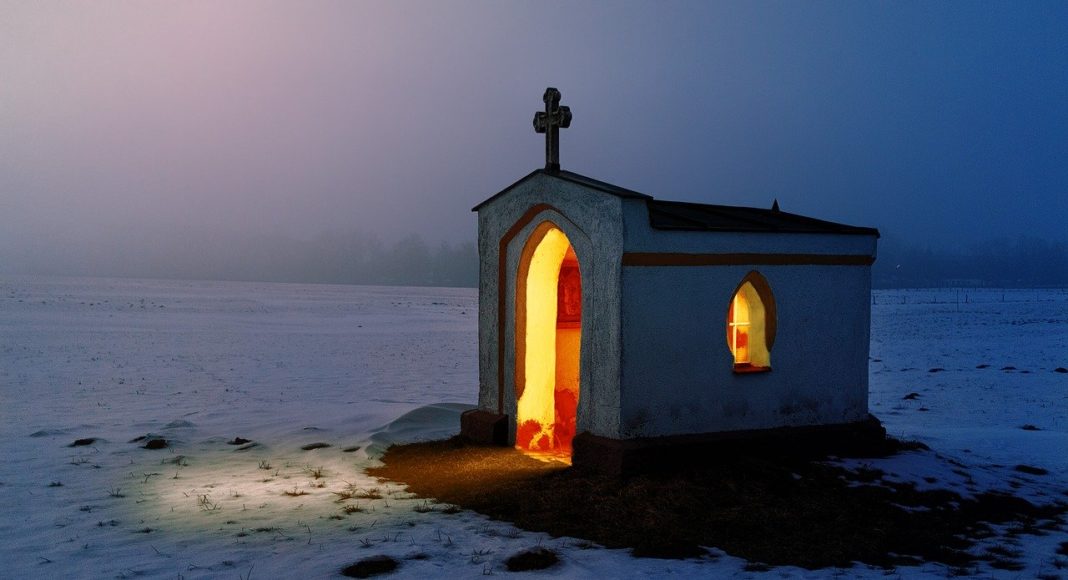 I have a friend who has been after me to write something for a broader interest publication, say Atlantic, about why mainline churches are faltering and what to do about it. I’ve not jumped to the task. Partly because as time passes, it becomes even more difficult to think this tradition might be renewed.

In an essay titled “Awakenings,” the novelist and essayist, Marilynne Robinson, spoke of the Calvinist and Reformed theological tradition, which informed Lincoln and his transcendent framing of the Civil War. Of that tradition, she writes, “I no longer see much trace of it in America today. I am not speaking here,” she clarifies, “of changed demographics. When I say Calvinism has faded, I am speaking of the un-coerced abandonment by the so-called mainline churches of their origins, theology, culture and tradition . . . What has taken the place of Calvinism in the mainline churches? With all due respect, not much.” Robinson is good with the tart phrase, isn’t she?

Lots has been written about changed demographics and other varieties of social change to account for the withering of mainline or liberal Protestantism. But I think Robinson is closer to the mark. It’s a theological problem. A loss of  substance and confidence.

A noted scholar of religion, Huston Smith, in his 2005 book The Soul of Christianity, captures a lot of this problem in a summary that takes in conservative, as well as liberal Christianity. Here’s Smith,

“Conservative Christians, commonly tagged as fundamentalists, incline toward a biblical literalism that is unworkable because it ignores the contexts that give words their meaning — different contexts, different meanings — and they are in constant danger of slipping into disastrous political agendas. Worse yet, they are untrue to Jesus. Jesus was invariably generous, whereas fundamentalists tend to be narrowly dogmatic and chauvinistic.”

What today passes as liberal Christianity often devotes the lion’s share of its energies to critiques of conservatives or the Religious Right and its political agenda. In that preoccupation, and the constant insistence that “we’re not like them,” one begins to suspect a deeper problem.

But Smith does not end his critique there. It is only a warm-up to an indictment of our own crowd.

“Liberal churches, for their part, are digging their own graves, for without a robust, emphatically theistic world-view to work within, they have nothing to offer their members but rallying cries to be good. We have it from Peter Berger that ‘if anything characterizes modernity it is the loss of the sense of transcendence — of a reality that exceeds and encompasses our everyday affairs.’”

“The chickens,” Smith concludes, “are coming home to roost; we are seeing the culmination of a two-century transformation of liberal theology into ethical philosophy, and piety into morality. Morality has become the foundation of liberal Christianity, rather than the reverse, and as a result the authority of religion has waned along with the mystery of the sacred.”

“Rallying cries to be [and do] good,” are what many of liberal and progressive inclination believe Christianity to be. But that, as Smith says, is not enough. Moreover, it morphs into its own form of progressive tribalism in answer to the conservative Christian variety.

Anthony B. Robinsonhttps://www.anthonybrobinson.com/
Tony is a writer, teacher, speaker and ordained minister (United Church of Christ). He served as Senior Minister of Seattle’s Plymouth Congregational Church for fourteen years. His newest book is Useful Wisdom: Letters to Young (and not so young) Ministers. He divides his time between Seattle and a cabin in Wallowa County of northeastern Oregon. If you’d like to know more or receive his regular blogs in your email, go to his site listed above to sign-up.
Previous article
Veepstakes: Vetting the Spouses
Next article
How Convention Centers Devour Their Cities